A new era beckons for broadcast with the approval of DVB Native IP. 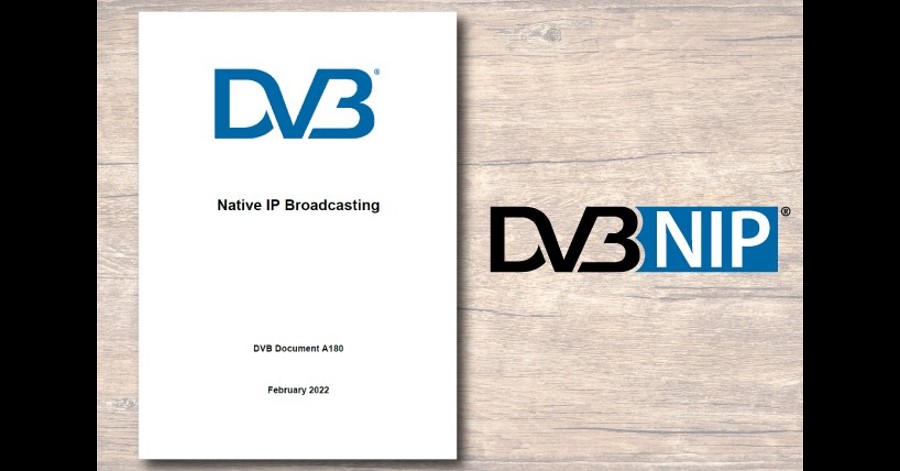 A whole new world of opportunity has emerged for the broadcast industry with the availability of DVB’s new solution for satellite and terrestrial delivery based natively on IP. The DVB-NIP specification, approved last week by DVB’s Steering Board, bridges the gap between broadband and broadcast networks and paves the way for a truly converged media distribution solution.

DVB-NIP is the result of one year of intense technical work by representatives of more than 13 DVB Member companies from across the media delivery value chain. The new system, designed to use DVB-S2X or DVB-T2 broadcast bearers, is entirely IP-based and no longer relies on the MPEG-2 Transport Stream that has been the basis for DVB broadcast systems up to now (a backwards-compatible configuration that uses multi-protocol encapsulation/MPE to carry the IP packages within an MPEG-2 Transport Stream, for example using DVB-S2, is also specified to enable DVB-NIP roll-outs while fully compatible receivers are in development).

The rationale behind DVB-NIP is to use the efficiency of broadcast networks for large-scale content distribution to modern IP devices, fully integrating broadcast technologies with those used in broadband networks. Operators can use the same broadcast signal to cover both professional applications (CDN caches, content distribution to tower sites, hotspots, etc.) and consumer applications (DTH to native-IP TV sets, broadcasting to IP devices via in-home gateway functionality).

For the operators of DVB platforms and services, a transition to native-IP delivery can bring both cost savings and new revenues. The primary source of cost savings is the ability to use a single unified OTT headend to target all end devices. Unification is also possible in IP-based client devices, digital rights management solutions and content formats. New revenues can stem from reaching a wider pool of devices and selling higher value advertising slots based on targeting and newly available analytics.

DVB-NIP reuses many existing DVB standards, including those that have been previously defined for broadband IP networks, adapting the latter, where necessary, for use on large-scale broadcast networks:

The DVB Technical Module working group that developed the specification was led by Tom Christophory (SES) and Régis Moulin (Eutelsat). Its work was based on commercial requirements that were developed by the Commercial Module’s satellite-focused working group, led by Thomas Wrede (SES).

Webinar: TV over 5G - bridging the gap with DVB-I.

Open International Electronic Tender for the Project “Procurement, Installation and Commissioning of a network of Digital Video and Digital Audio Broadcasting Quality Measurement stations”.
back to top