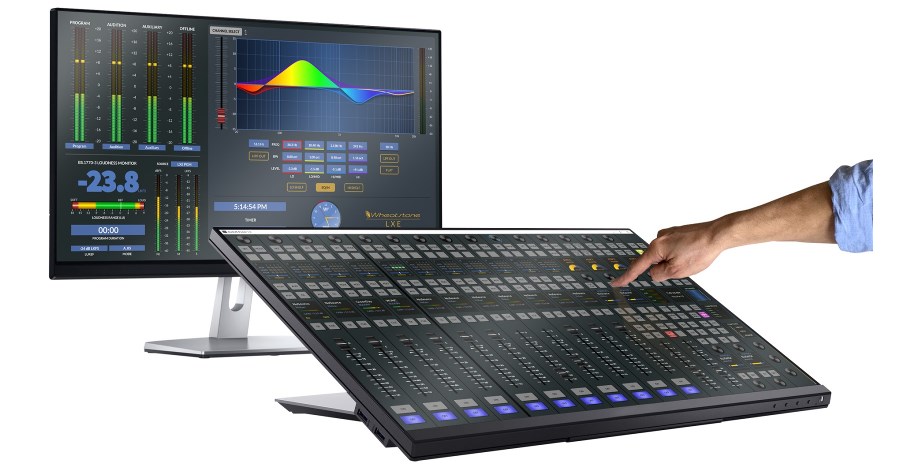 Multi-touch virtual console is studio-ready as a standalone UI into the WheatNet-IP audio network.

Similar in function, feel and layout to the network’s flagship LXE hardware control surface, Glass LXE is fully functional and studio-ready as a user interface with familiar buttons, knobs and multi-touch navigation and menuing for setting EQ curves, filtering and other custom settings.

As a standalone multi-touch console interface into the WheatNet-IP audio network, Glass LXE can be used anywhere there’s a PC touchscreen or several touchscreens connected over that  network. “You can run it on a laptop or on multiple PC screens from a cloud. Glass LXE can be used alone or combined with the physical LXE surface to give broadcasters full console control anywhere that’s needed, and on a UI that is very familiar,” said Wheatstone Applications Engineer Kelly Parker.

Glass LXE is modeled after WheatNet-IP’s flagship LXE console, which is known for its flexibility as a reconfigurable, compact control surface that is available in one main frame or in split-frame configuration for multiple operators.

Glass LXE and other WheatNet-IP audio network products will be demonstrated at Wheatstone booth N6806 during the NAB show.