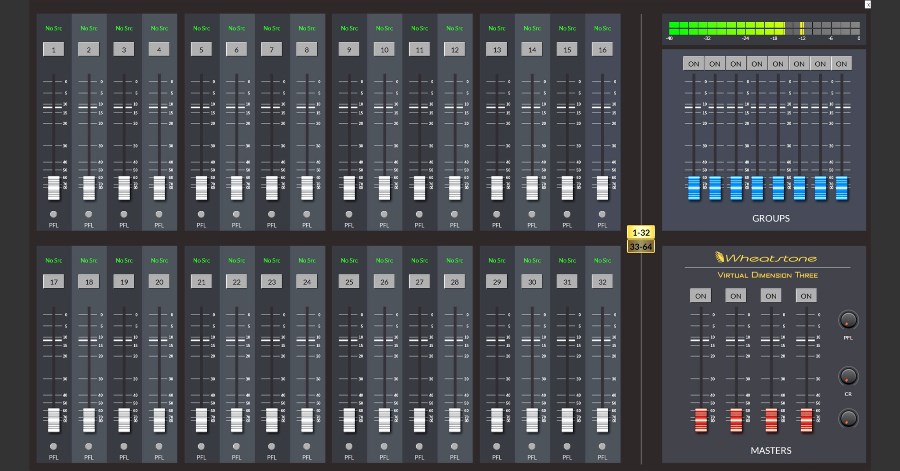 Virtual Dimension Three is a multi-touch virtual console with 64 faders onscreen that seamlessly interfaces into major production automation systems, including those by Ross Video, Grass Valley and Sony. “Automation and virtualization are fundamental to being able to produce more content. With Virtual Dimension Three, we’re complementing what is being automated in the control room with the easy accessibility of a virtual interface so that operators can make immediate, precise adjustments as needed,” said Wheatstone Senior Sales Engineer Phil Owens.

Also new for WheatNet-IP this NAB is the SwitchBlade appliance, which includes AoIP logic control, SIP connectivity and codec bandwidth optimization for seamlessly sharing studio operation and high-quality programming between facilities, sports venues, and other sites in separate locations.

Virtual Dimension Three, SwitchBlade and other WheatNet-IP audio network products will be demonstrated at Wheatstone booth N6806 during the NAB show.

Wheatstone's new MP-532 Processor coming to NAB.
back to top