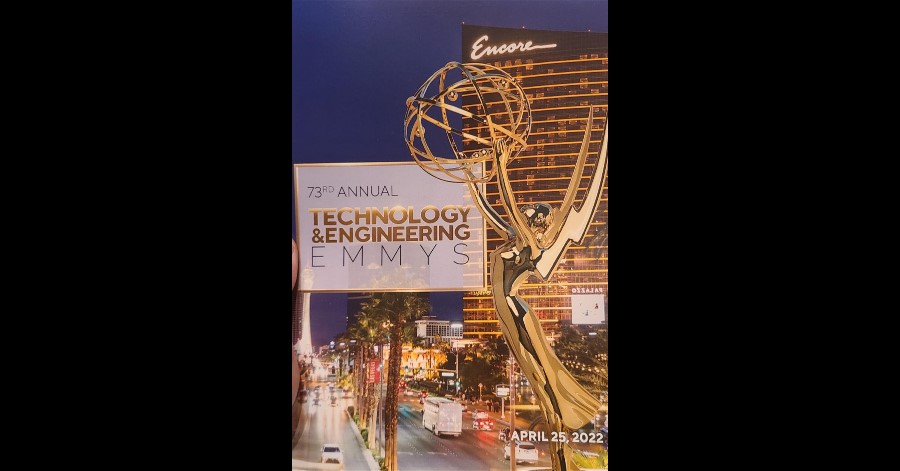 VITEC, a market-leading provider of IPTV, video streaming and digital signage solutions, was presented with a 2022 Technology & Engineering Emmy® Award at the 73rd annual Technology & Engineering Emmy Awards ceremony held in Las Vegas in partnership with the National Association of Broadcasters (NAB), coinciding with the NAB 2022 media and technology convention. VITEC received the award in the “Management of IP Multicast Video Distribution to Desktops and TVs in News & Media Production Facilities” category for its EZ TV IPTV Platform and its significant impact on users in the television space.

“VITEC’s EZ TV Platform engineering team contributions have established us as the world’s top solution provider for IPTV Distribution for News and Media facilities,” says Eli Garten, VITEC’s SVP Product & Customer Success. “Continued engineering and innovation are at the core of everything we do at VITEC, so I’m thrilled for our talented team that they have been recognized with this prestigious Emmy award. I would like to thank them for their ongoing efforts in providing gold-standard solutions in this space and responding to global broadcast marketplace challenges.”

The Awards Committee analyzed key users of VITEC’s IP video distribution solution in broadcast facilities as part of its process, many of whom have been customers of VITEC for more than a decade. Launched in 2006, VITEC’s middleware technology started as a basic single channel browser player for desktops, and it was upgraded to a multi-channel browser player for Windows and Mac with set-top boxes and central management in 2007. The EZ TV platform has continued to evolve to a complete end-to-end video distribution and content management solution, streaming to any screen (desktop, TV, mobile, video wall), for local and remote users.

Quicklink joins the SRT Alliance to integrate SRT into their award-winning contribution solutions.
back to top