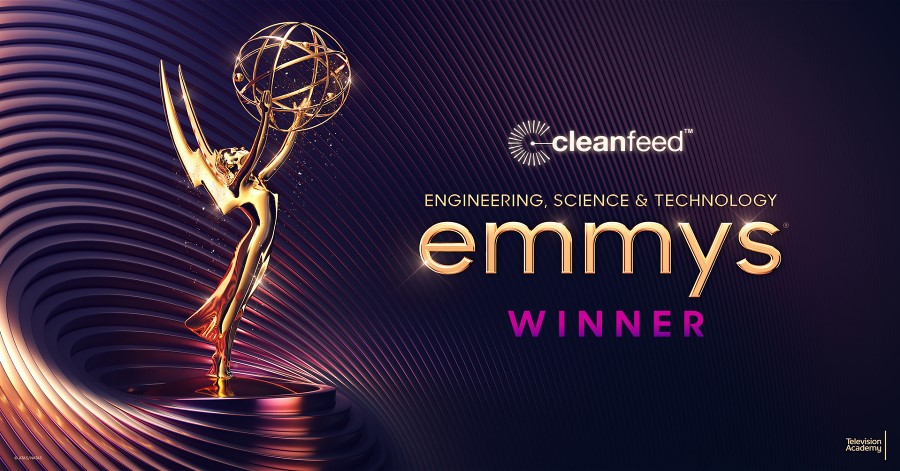 This versatile online studio for live audio and recording wins a prestigious technical Emmy for its innovative technology that promotes remote collaboration.

London, United Kingdom. 2nd August, 2022 - Cleanfeed, the online studio for live audio and recording, is delighted to announce that its creators Mark Hills and Marc Bakos are proud recipients of the 74th Engineering, Science & Technology Emmy® Award presented by the Television Academy.

The awards honour “an individual, a company or an organisation for developments in engineering, science, and technology that are either so extensive an improvement on existing methods or so innovative in nature that they materially affect the production, recording, transmission or reception of television, and thereby have elevated the storytelling process”.

Cleanfeed provides remote collaboration for a wide range of professional audio applications. The award honours its role in the creation of the audio tracks for television series such as Star Trek: Discovery, The Crown, The Walking Dead, The Queen’s Gambit, and The Flight Attendant.

"Innovation is a vital part of television production; and the talented engineers, scientists and technologists we have recognized are essential to the growth of our industry," said Frank Scherma, chairman and CEO of the Television Academy. "These pioneering companies and visionaries have leveraged the power of technology to elevate television and storytelling in fundamental ways."

First launched in 2014, Cleanfeed builds on a breadth of technology experience in the radio and post-production industries. As well as film and television, Cleanfeed users include live broadcast, musicians, audio drama and podcasting.

Mark Hills, co-founder of Cleanfeed said “We’re immensely proud to be recognised with such a prestigious award. It’s well over two decades since my first experiments in using the internet for live digital audio, and we created Cleanfeed with an ambition to make this amazing technology available as widely as possible. We knew the power it had to actually discover new opportunities and change the way we work in creative industries. The Emmy Award recognises this at the highest level.”

Marc Bakos adds “It’s a privilege to work with such a brilliant community of Cleanfeed producers, engineers and talent from all around the world. We’re thrilled to share the news of our Emmy Award.” 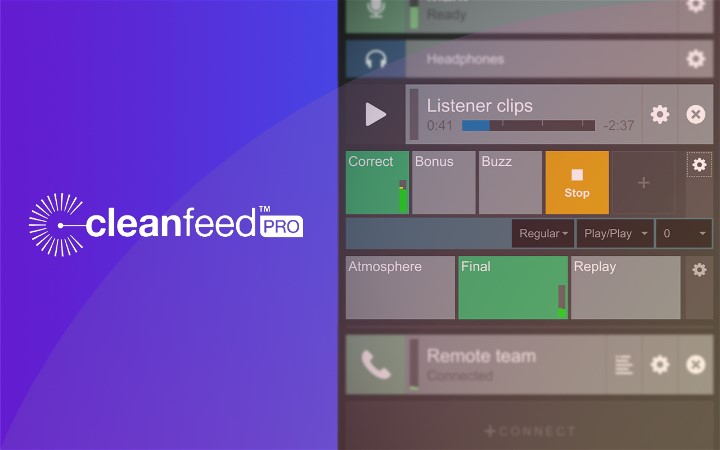 Lew Goldstein, supervising sound editor / re-recording mixer with over 30 years’ experience in audio post-production and whose credits include In The Heights and Hereditary said “Cleanfeed has flawlessly delivered thousands of hours of audio for us. Its innovation gives us the flexibility and agility to work with talent spanning the globe and continues to change the way we work. Thanks Mark and Marc and congratulations on the Emmy Award! Well deserved.”

Mark Hills and Marc Bakos will be presented with the award alongside other recipients, including LucasFilm company Industrial Light & Magic, in a ceremony in Los Angeles on Wednesday 28th September.

Imagine a technology that enables you to speak remotely with audio quality as if you were in the same studio as someone else. Now add low latencies so that you get the rapport of a real conversation. Next bring multiple people together in the same way to make a professional, multitrack recording. Integrate powerful audio routing and controls and, finally, package it so it’s accessible to anyone clicking a link in their web browser. That’s Cleanfeed — the online studio for live audio and recording.