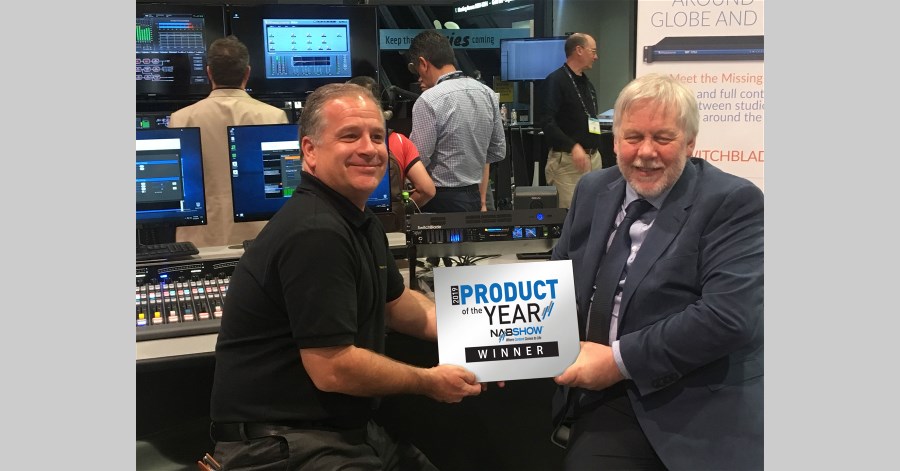 SwitchBlade is the first product of its kind to combine the power of AoIP logic control with SIP connectivity and codec bandwidth optimization to transport both high-quality programming and the control logic critical for full studio operation between sites.

“SwitchBlade is a real game changer because it finally makes it possible to monitor each point of the audio chain and switch audio locally from Network Operation Centers around the world,” said Wheatstone Sales Director Jay Tyler, who accepted the award along with Wheatstone technology partner Radiomation Engineer Michael Farrell during an NAB reception at the Las Vegas Convention Center on Wednesday, April 10.

The NAB 2019 Product of the Year is an independently judged awards program by the NAB recognizing product innovation in 16 categories.

This is the second award at this year’s NAB for the new AoIP appliance, and the third overall for the AoIP manufacturer.

Wheatstone Webcast: Social Distancing Your Studios and Processing for Today’s Streaming.
back to top