Calrec Audio Showcases the Future of Broadcasting with Virtualized Solutions at NAB 2019. 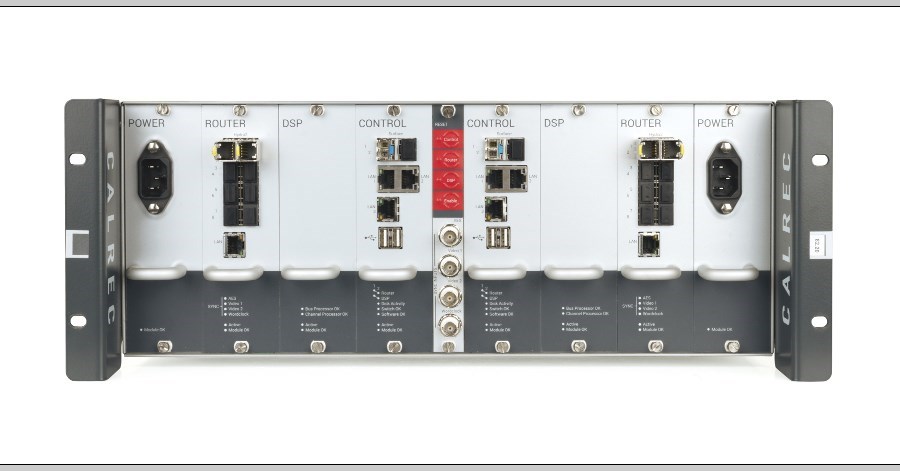 LAS VEGAS, MARCH 12, 2019 - Calrec Audio (Booth: C7408) is demonstrating various solutions that maximize performance but also value for money. The company will be showcasing its latest, virtualized solutions at NAB, including its VP2 headless mixing system, the RP1 2U rackmount broadcasting mixing system, and its modular IP-based system, Type R.

“There has been a rising demand over recent years to provide alternatives to traditional broadcast workflows for some applications,” says Dave Letson, Calrec’s VP of Sales. “This has come in many forms including remote production, headless consoles and IP integration. Calrec can help broadcasters streamline workflows, reduce downtime on consoles, improve cost efficiency and expand variety of coverage, plus integrate with other equipment via open source transport mechanisms. We are excited to discuss these opportunities with everyone at NAB this year.”

VP2 enables the station to reap many of the benefits of using a Calrec console, but without a physical control surface. Control and setup are via Calrec’s Assist software, which can be accessed from multiple locations via a web-browser. The technical director/operator can be given basic control functions whereas an engineer can delve deeper to fine tune the setup or recall different setups as needed.

RP1 is a broadcast mixing system in a 2U rackmount box, containing Calrec’s award-winning Bluefin2 processing. Calrec’s RP1 provides solutions to the three major challenges in remote production workflows – latency, transport and control. On-board DSP enables the generation of monitor mixes and IFBs onsite with no latency, Hydra2 interfaces provide a mechanism to output audio in a variety of formats and Calrec’s True Control gives an operator in a remote studio direct control over channel functions.

Type R is a modular, expandable, IP-based mixing system, which utilizes standard networking technology and combines it with configurable soft panels that can be tailored to operator needs. It provides simple customization across established networks, open control protocols and surface personalization. Type R can be used without a physical surface with control and setup via Calrec’s browser-based Assist application and is fully compatible with automated systems using CSCP.