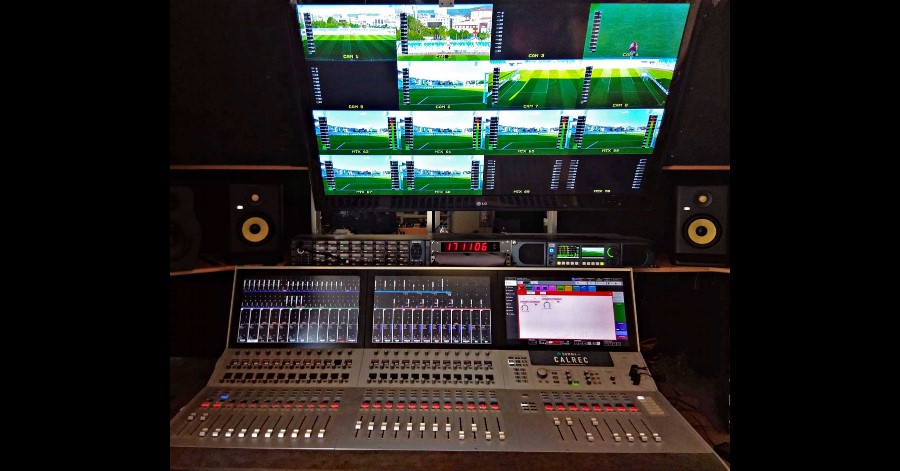 INA TV is covering home games of the Kosovan national team for the European qualifiers. Yannis Petrakoyannis, an A1 working with INA TV said, “There’s a tight protocol that includes specifications for the feeds, transmission channels, and audio. The 16-camera OB truck has been significantly customised to provide these high-level production services. Each match can require at least three OB trucks, with one operating as the “host” vehicle — often this one. There can be up to 16 condenser mics around the pitch, one cam-mic on every portable camera, plus other additional mics.”

The truck is equipped with a 24+8 fader Calrec Summa and two I/O expansion racks, all on a Calrec Hydra2 network. The truck has three I/O sound board panels inside and outside, three patch panel bays and three audio multicores on motorised reels, as well as Ethernet and LANs for IP/network connections, intercom and IFBs.

In addition to the matches, INA TV also provides coverage of pre-match press conferences, the team’s arrival on the pitch and warmups, as well as any interviews that occur suddenly during the event. 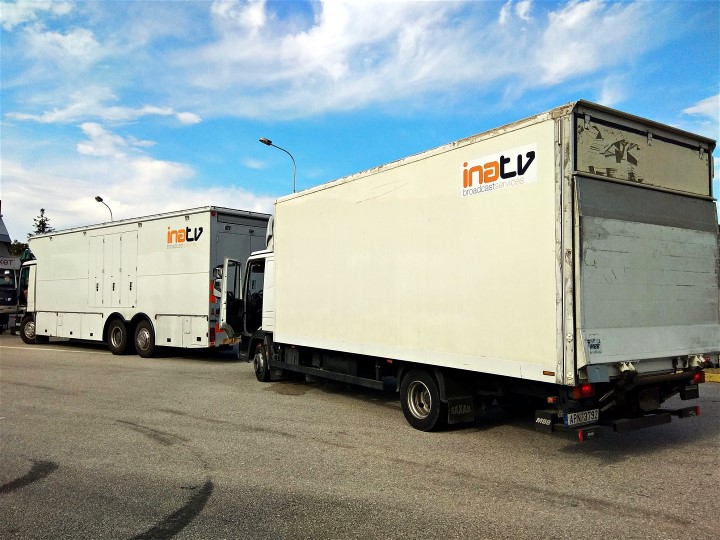 The decision to use Calrec technology was an easy one, according to Petrakoyannis. He said, “Summa and Hydra2 are fully expandable, high-end systems from the market’s leading brand. For broadcast, lots of channels and mix busses are fundamental for the audio traffic. But automation, mixing and routing tools and procedures are also crucial.

“The Summa is superior at all of this; its display monitors excellently present the sound environment as well as what’s going on all over the network and the signal paths. Monitoring and use of 5.1.2 Dolby signals, multiple channels and paths are simple; monitor busses and outputs are the perfect tools. The four mains output busses and signal distribution are excellent. The standard AES connections on I/O racks are a must and the automix and mix minus features are life savers. It feels like you are on a huge sound mixing hub!

“There are a very large number of audio feeds to handle when all the traffic is taken into account and patching, routing, mixing, and distributing these occupies a lot of capacity with the Summa. It is very busy but easily able to handle the requirements.”

Graham Murray, International Sales Manager at Calrec, said, “Bringing these matches to the world and satisfying the requirements of dedicated football fans is always a challenge and requires market-leading technology. It’s very rewarding to see our Summa and Hydra2 meet and exceed expectations with the technology used in such a sophisticated setup to convey all the atmosphere at some of Europe’s most important sporting events.”

Leader Electronics to Address ‘The Challenges of Hybrid SDI and ST 2110 for Live OB Production’.

Calrec Audio for Remote Working - Watch the Video!
back to top