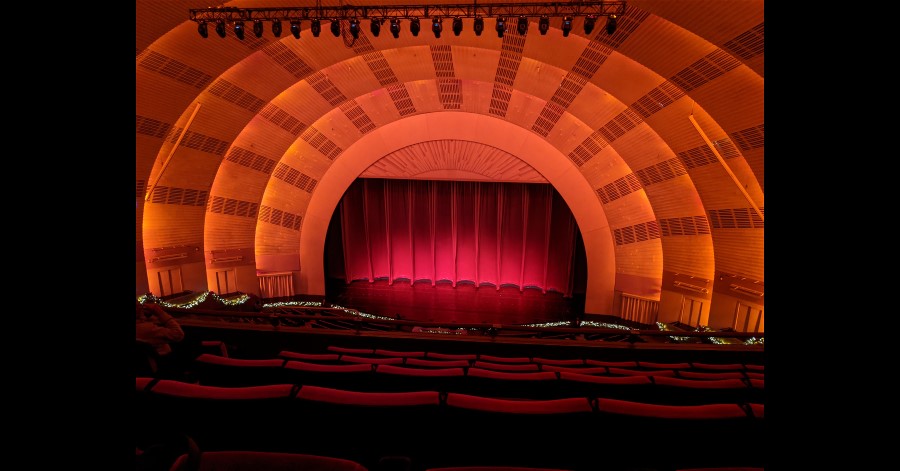 New York, January 26, 2022 - Renowned crooner Tony Bennett recently took to the stage for the “One Last Time” concerts at Radio City Music Hall alongside long-time friend and collaborator Lady Gaga, and the performances were nothing short of magical. As this is likely to be the last time audiences see Bennett perform live, the concerts were captured and aired as a CBS special on November 28, 2021. With sound at the forefront of considerations for this event, GRAMMY Award-winning Audio Engineers Jody Elff and John Harris of Harris-Elff Audio Resources (HEAR) selected a variety of DPA Microphones for the orchestral recording.

“The audience was full of love for Tony Bennett, and it was a powerful couple of nights of music,” says Elff. “We were live on-stage at Radio City Music Hall, one of the greatest venues in the world, with a large orchestral ensemble. We also had Tony’s jazz ensemble and Lady Gaga’s rhythm section on-stage, in addition to full string and brass sections, a harp and a few woodwinds. We had DPA mics all over the orchestra―our older 4021 Compact Cardioid Condensers [today known as the 4011ES] on the piano, 4061 Omnidirectional Miniatures on the violins and violas, and 4099 Instrument Mics on all brass, woodwinds and strings, including harp, as well as on the soloing sax and trumpet. As expected, all the DPA mics sounded great.”

During the two performances, Elff was feeding his mixes to Harris, who was mixing the bands and vocals. “I sent my stems to John for him to blend,” explains Elff. “It was not a live broadcast, but we were making a stereo reference mix that would later be used during the video edit. I had the orchestra under my fingers with 40 or 50 channels of inputs, with DPA arranged throughout. It was fantastic to have DPA’s level of fidelity and unrivaled level of clarity and isolation in the very large hall, which had a lot of sound reinforcement and 6,000 adoring fans. The DPA mics allowed me to create a beautiful, clean, orchestral mix that worked really well for the recording. I also sent mixed stems of the orchestra mics back to the stage to be used in the performers’ in-ear monitors. These performances were remarkably touching, and the DPA microphones helped showcase Tony’s legacy as one of all-time greats.”

The multi-track recordings (147 channels total) were then handed off to Engineer Dae Bennett (Tony Bennett’s son) for final editing and mixing for the broadcast. It was essential that what the team delivered was the best possible quality for Dae to work with, and DPA mics were central to that process.

According to Elff, the compact form-factor of the DPA mics also benefitted the production. “I’m pleased that the mics are so discreet,” he says. “When there’s a lot of people on the stage, like we had for these performances, using 4061s and 4099s gives the audience the ability to experience the music without a forest of microphone stands obscuring their view of the musicians, either in the hall or on-camera. I think it’s important for the audience not to be distracted by all the technology. They’re not thinking about the microphones, they’re just watching the musicians play, listening to the music and thinking about how good it sounds. That’s one of my favorite aspects of working with DPA mics.”

A long-time DPA fan, dating back to the mid-1990s, Elff finds the brand’s mics to be among the best in the business. “For years, DPA has and continues to produce(d) some of the greatest sounding microphones out there,” he adds. “The mics certainly hold up to the rigors of live use in recording, as well as studio applications. The 4006s are a staple for orchestral recording, and they sound great as well. The first time I heard a 4006 was when I was queuing a microphone while checking lines. I didn’t hear the microphone, just the room, and it instantly changed the way I thought about any other brand. When you queue up a mic, you hear how much character the device itself imparts to your signal, and with DPA, it’s like there’s nothing but your source material. It was a remarkable experience, and I have been using DPA mics whenever possible ever since.”

Elff has mixed countless televised network concert events and his orchestral collaborations include the Los Angeles Philharmonic and Lincoln Center Festival. He has made field recordings of folk music in Morocco and Ethiopia, recorded three albums with Yo-Yo Ma’s Silk Road Ensemble, and has provided sound design for hundreds of performances around the world. He is also a co-partner for HEAR, which provides location and remote recording and broadcast music mixing services.

The CBS special, ‘One Last Time: An Evening with Lady Gaga & Tony Bennett,’ aired November 28, 2021 and is currently available to stream on Paramount+.