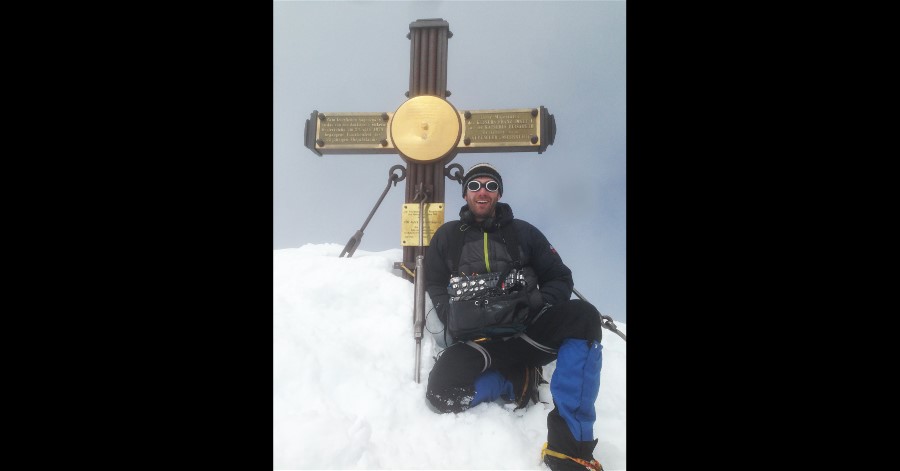 Verdino deployed Bubblebee tools, including the Sidekick In-Ear Monitor, on recent film and TV projects including the second series of Der Pass. 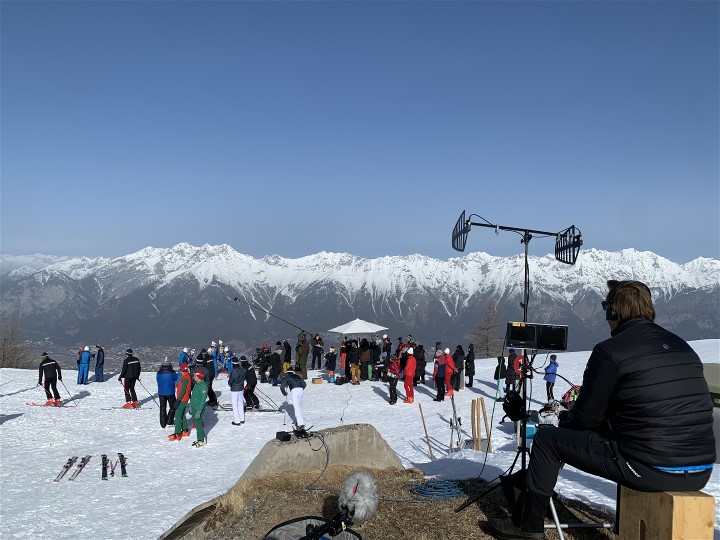 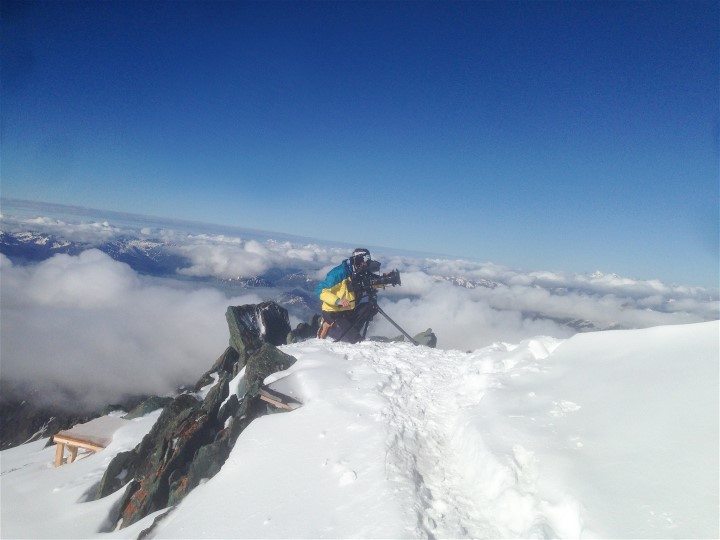 While working on the Austrian-German TV crime drama Der Pass, Verdino had to contend with remote mountainous locations, as well as the impact of cold and wind on the audio he was capturing and his sound equipment. This was where Bubblebee products such as microphone wind protectors (The Windbubble) and concealers (The Lav Concealer) came into their own. 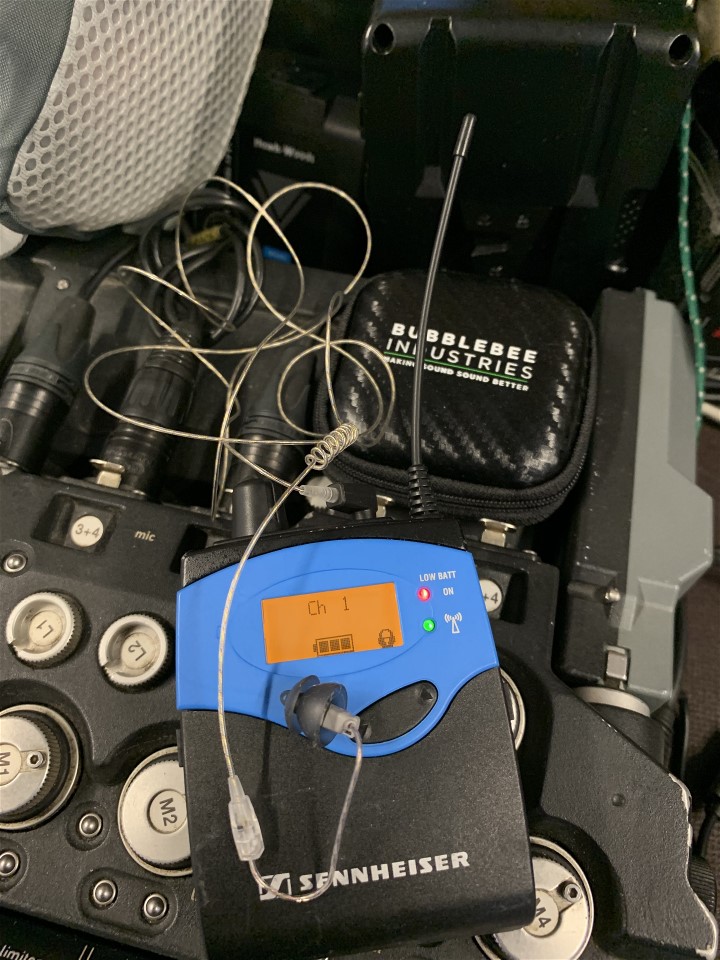 “Bubblebee products are incredibly well made, and I have been using them for several years now,” he says. “Reliability is so important when you are on location and, because they have such a full spectrum of products, the chances of finding something to solve a problem increases a lot.”

For the second series of Der Pass (aka Pagan Peak), which is currently screening on Sky, Verdino used Bubblebee’s virtually invisible Sidekick In-Ear IFB monitors. These communications earpieces feature a unique micro driver that fits comfortably and invisibly into the ear canal, removing the need for an acoustic tube outside the ear and providing a good alternative to earwigs. Because they are so small and lightweight, they can also be worn comfortably for hours on end. 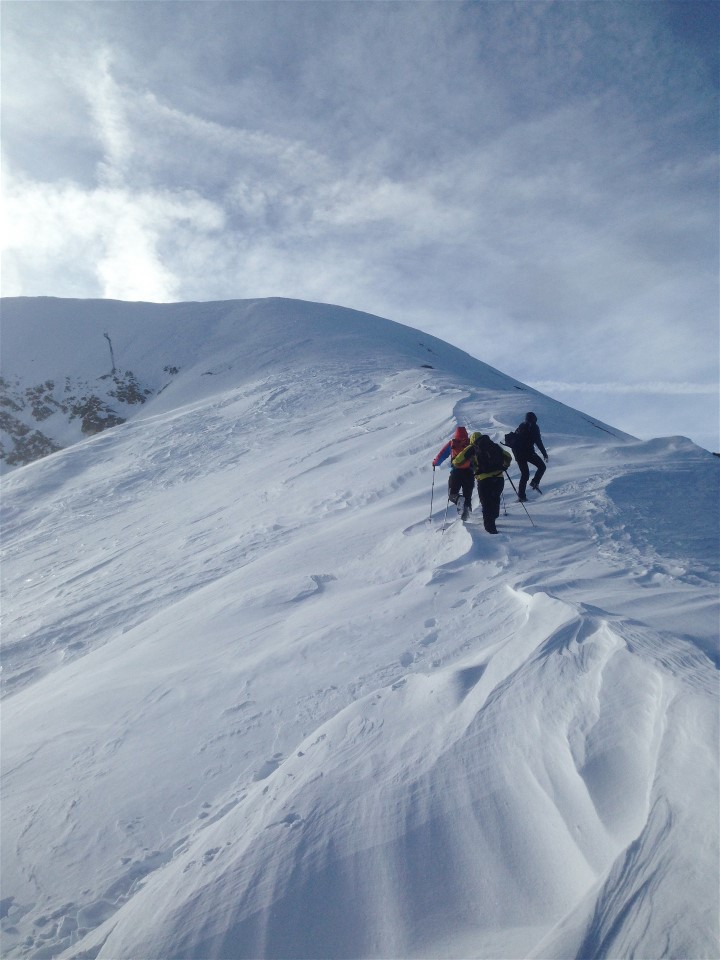 “Sidekick IFB monitors are absolutely great and have become one of the mainstays of my sound kit,” Verdino says. “They are very discreet, and the Sidekick 3 can be easily switched from left to right ear to accommodate different camera positions. During shooting for Der Pass my boom OP and script loved the Sidekick because its sound quality was so good for such a light and tiny earpiece.”

Co-created by Cyrill Boss and Philipp Stennert, who also wrote and directed the show, Der Pass is inspired by the Danish/Swedish series The Bridge and follows a very similar trope. Largely set in the Austrian-Germany border area from Traunstein to Salzburg, it begins with a body that is discovered lying precisely on the border between Austria and Germany, which results in a collaboration between German detective Ellie, played by Julia Jentsch, and Austrian detective Gedeon, played by Nicholas Ofczarek. The second series is also set in the mountainous border region.

“With some of the characters there was a requirement to sing because they listen to music in their cars and they sing along,” Verdino says. “There was one particular occasion where we were capturing a scene in a Land Rover Defender and everyone was piled into it – the actor in the front and the director, camera crew and me in the back. Dominic Marcus Singer, who plays the bad guy in the show, was supposed to be singing along to a song on the radio, so I put the song on my iPhone and connected that to the transmitter so I could give him playback through the Sidekick. Using this method, I was able to record his voice cleanly during the takes and it allowed the song to be added in post. This worked really well.”

The first series of Der Pass, which was also recorded by Herbert Verdino, won the award for Best Sound at the 2019 German TV Academy DAFF (Deutsche Akademie für das Fernsehen). Shooting for the second series took longer than anticipated because of the COVID pandemic but was eventually completed at the end of 2020. After that, Hebert was back in the mountains capturing audio for Klammer, Chasing The Line, a feature film that tells the story of Austrian ski racer Franz Klammer and his victory at the Winter Olympics in 1976. Half of the film was shot in a studio in Vienna, but the rest was filmed on the original 1976 ski slope in Tyrol, Austria.

“This was another situation where I needed to choose my equipment very carefully,” Verdino says. “For the mountain scenes we were shooting on ski tracks and slopes in a resort where there were also cable cars and snow mobiles, so logistically it had to be very well organised. However, I still had to fit everything into a backpack. My equipment had to be light enough to easily carry up the mountain but sufficient to record up to seven actors. I took lavalier microphones and two booms, plus a Sonosax SX-R4+ and Wisycom wireless systems, all of which fitted into two bags.”

Alongside his filming work, Verdino also runs Filmzeug.at - an audio and video equipment rental business and online retail shop, both of which stock Bubblebee products.

“When I’m not filming, I focus on the rental and online businesses, which means there is always something to keep me occupied,” he says.