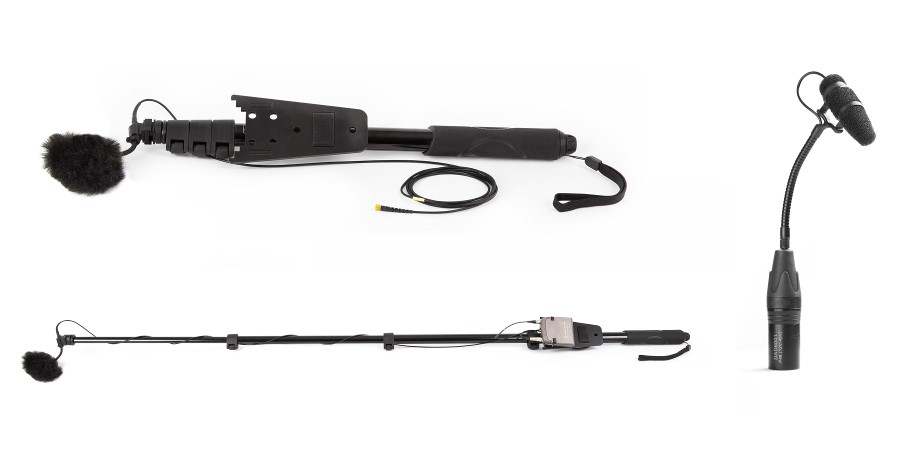 Amsterdam, August 3, 2022 - DPA Microphones is showcasing its latest microphone offerings, designed to meet the growing needs of the entertainment and media markets, at IBC 2022 (Booth 8.F87). Focusing on the needs of film and TV productions, DPA is highlighting its 4097 CORE Micro Shotgun Microphone, which can also serve as a boom mic for broadcast applications. Two important mic solutions ideal for televised live event productions, the 4466 CORE Omnidirectional and 4488 CORE Directional Headset Microphones and the 4055 Kick Drum Mic, will also be featured on the show floor.

“These new offerings are a direct result of the innovation and forward-thinking response to the needs of the industry,” says Anne Berggrein, Vice President of Sales and Marketing, DPA Microphones. “We are excited to finally be back on the IBC show floor to present these solutions in-person to our colleagues and customers.”

When selected as part of the company’s new 4097 CORE Interview Kit, which includes a lightweight boom and windjammer, the mic enables interviews to be conducted from up to two meters away, making it the perfect tool for single-reporter interview applications. Additionally, used in conjunction with DPA’s lightweight MMA-A Digital Audio Interface, the 4097 CORE Micro Shotgun becomes a complete remote recording package.

The DPA 4466 CORE Omnidirectional and 4488 CORE Directional Headset Microphones feature the brand’s popular 5mm round microphone capsule and provide the security, durability and flexibility necessary for use in entertainment. With a one-size-fits-all design and adjustable boom height and length, the 4466 and 4488 CORE headsets accommodate all head shapes and sizes. A unique, three-point gripping system (above, below and behind the ear) ensures a greater level of security, while the flexible ear hooks provide continued comfort during extended use. In addition, the interchangeable cable and boom options include a 90-degree cable management guide at the neck. The headset frame, boom and capsule are available in black, brown and beige options and feature a non-reflective surface for unobtrusiveness and ease-of-use for camera crews.

A specialized mic for the low-frequency, high-SPL instrument, the DPA 4055 Kick Drum Microphone differs from traditional kick drum mics in that it is not pre-tailored to any specific sound, allowing sound engineers to shape the sound exactly as desired. Able to perform in a variety of genres, the mic is perfect for televised live musical events and talent show-style productions that feature a live band. Featuring the renowned DPA sound, this mic picks up the true, clear sound of the instrument, which is ideal for broadcast and streaming applications. It also offers a linear frequency response, both on- and off-axis, which results in a very tight, natural, well-defined sound. The low end is punchier and dials in the right setting for the beater, while removing some of the mid-range is easier than ever before. Although intended for specialized kick drum-specific applications, its flat frequency response also picks up the true, clear sound of many other instruments found in televised house bands, such as electric guitar cabinets, bass and horns.