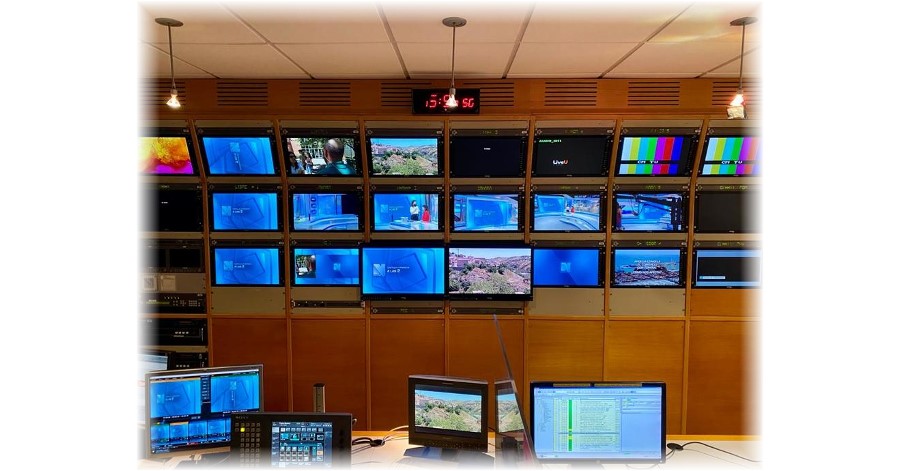 CMM has gone HD with a renewed news control room.

Castilla La Mancha Media (CMM TV) is a Spanish free-to-air television channel that operates as the main broadcaster of CMMedia (CMM), the public radio and television broadcaster of the Autonomous Community of Castilla-La Mancha. The channel is a permanent member of the Federation of Regional Organizations of Radio and Television.

Its programming is based on general programming and content targeted at the residents of the Autonomous Community of Castilla La Mancha. We can find from news channels to sports or film broadcasts. 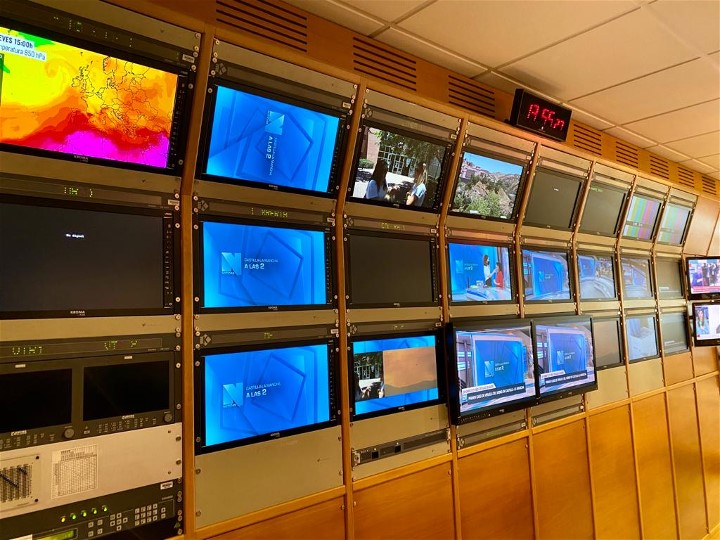 CMM has been upgrading its production to HD for several years now. Thousands of people from Castilla La Mancha choose this channel every day to get the latest news from the region, which is why they consider it essential to implement 100% HD in their news production.

The monitors have important functions such as measurement: vectorscope and waveform, inserting informative texts for each channel associated with each of the monitors for the presence of the output signal of continuity towards broadcast, the logo and name of the broadcast chain, time code of the program that is being broadcast at that moment, VU meter of the audio signal that is being broadcast, etc... All this facilitates the supervision of the correct operation of the broadcasts, avoiding possible manual errors.

KROMA by AEQ's LM8000 series monitors can achieve greater colour depth when displaying images, which significantly improves the monitor's linearity as well as increasing the number of colours handled by the monitor. In addition, its increase in the number of processing bits means that the reproduced images have greater definition and sharpness.

The whole project has been led by AEQ Sales Manager Mr. Bernardo Sáiz in coordination with the technical area of CMM.

Sofia Metropolitan Radio has renewed its studios with AEQ equipment.

ISB (International Sports Broadcasting) relies on AEQ technology for the production of the 2022 World Games.
back to top