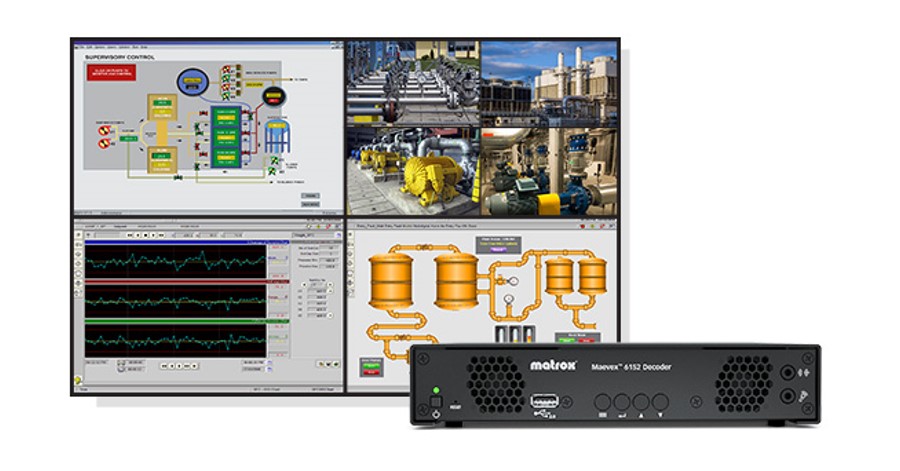 The Matrox Maevex 6152 decoder will be in action at ISE 2020 at 11-D120, demonstrating its benefits for a wide range of multi-screen decoding applications in digital signage, control rooms, houses of worship, military, medical, and more.

Field-proven management software
Included with all Matrox Maevex 6100 Series encoder and decoder products, the popular Maevex PowerStream Plus AV-over-IP software management tool provides complete reach and control over the entire Maevex network from a single or multiple locations. Maevex PowerStream Plus provides users with an assortment of easy-to-use, drag-and-drop stream and layout selection options, along with available previews for quick and intuitive decoder output configurations. For rapid customization, the PowerStream Plus API for Windows® and Linux® and lower-level REST API are available for integrators and developers looking to create personalized Maevex control applications for deployment in any scenario.

“Matrox Maevex 6152 opens up a wave of multi-screen decoding applications,” said Ron Berty, business development manager at Matrox. “Armed with remarkable flexibility and intuitive configuration tools, the Maevex 6152 decoder empowers users to deploy highly-customizable encode/decode solutions designed to deliver and display any number of streams in many shapes and sizes, quickly and easily.”