The "Cathedral of the Waves" in Felsberg-Berus, Saarland, Germany - A superlative radio station with a special history! 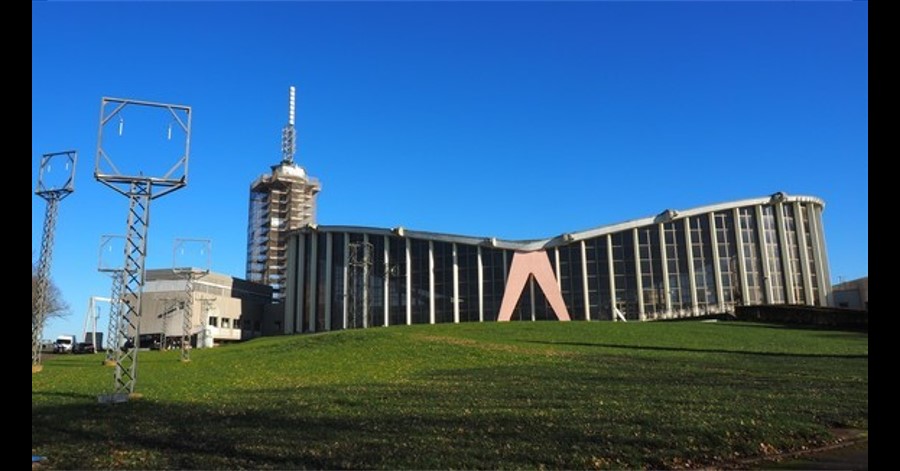 The Felsberg-Berus location in Saarland has long been home to the world's largest long-wave transmitter. Built after the Second World War, four almost 300 m high transmitter masts broadcast the French-language program of "Europe 1" with a transmission power of 2 Megawatts as far as North Africa. A few years earlier, Felsberg-Berus was already the first location from which the first private European television program "Telesaar" was provided. Today nothing can be seen of the long-wave transmitter. The operation was stopped in 2019 and a little later the four transmission masts were blown up.

All that remains is the former transmitter building, which is often called the "Cathedral of the Waves". This gigantic, futuristic-looking structure with the largest free-standing concrete roof in the world at that time, housed the radio transmitters, is now a listed protected monument and is only used as a museum and for occasional events.

Now this location has experienced a renaissance. On the telecommunications tower next to the building, a new KATHREIN 8-level DVB-T and a DAB+ 4-level transmitting antenna system have now been lifted in one piece to the top of the tower with a heavy-duty crane. For this purpose, the UHF transmitting antenna was completely pre-assembled at the KATHREIN plant in Rohrdorf. This historical location along the Saar was reactivated and has been broadcasting top quality TV and radio programs again since November 2020, explains Saarland-born KATHREIN project manager Dr.-Ing. Paul Mamok with some pride in his words.

Watch the Video below to get further information and interesting facts: