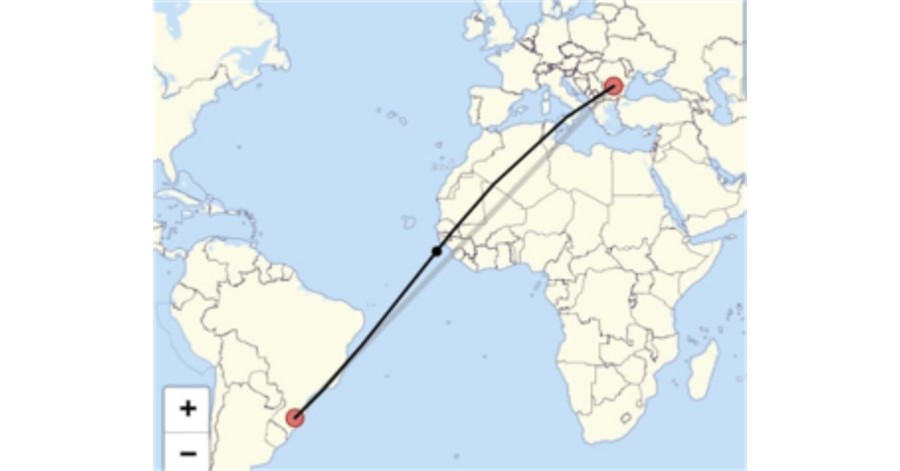 A message from a Brazilian DRM enthusiast to Radio Romania International (RRI).

To the friends of Radio Romania International (RRI)

I would like to inform you about the great reception of the RRI DRM transmissions in 9490 kHz between 22 hours to 23 hours UTC (19 to 20 hours here in Brazil) at almost ten thousand kilometres away from the transmitter. The signal quality was optimal in good weather but also on rainy days.

I would like to congratulate Radio Romania International for keeping their digital transmissions uninterrupted in most instances, even during some transmitter issues from the small town of Tiganesti near Bucharest. This frequency used by RRI does not suffer any interferences here in Brazil. In addition, the transmission time is very good because we can listen to the station after arriving from work.

The digital transmission shows stable and uninterrupted tuning and is often of better audio quality than the analogue transmission at 11800 kHz.  This is thanks to the good work done by fellow engineers Gabriel Stanciu of Radiocom and the engineer of RRI Costin Trif, since they responded to my request to make the change to the 16-QAM modulation instead of the restricted scope of the 64-QAM modulation. Currently the Romanian broadcaster only uses audio for their digital transmissions, but I believe that in future they will be able to transmit news using the advanced text feature of DRM (Journaline), as well as images for the receiver screen, similar to what the KTWR broadcaster on the Pacific island of Guam is currently doing.

The digital broadcast in the Spanish language of RRI in Romania has been received also by my friends in Japan and China who have managed to decode the broadcast very well.  The Romanian station has adopted this modulation also used for broadcasts in other languages, aimed at listeners in Russia and China.

I have a YouTube channel, as well as the ‘DRM Moment’ programme at 10:30 p.m. UTC on Saturdays on Aparecida Radio in Sao Paulo, with coverage throughout Latin America in shortwave. This is where I present the digital RRI transmissions, so that many listeners in the world can learn about this important DRM technology.

I have the following DRM digital radio receivers: