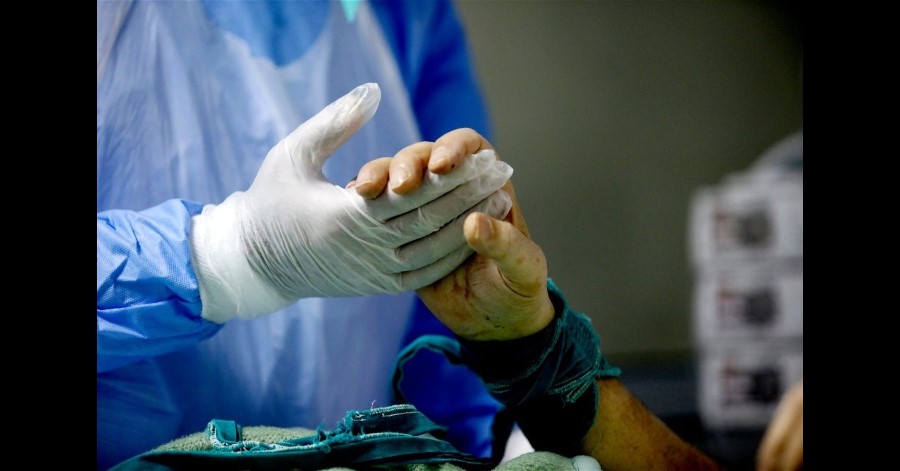 Almost a year after the release of  AGORÁ II - Chained which created quite a stir, Yorgos  Avgeropoulos returns with his new documentary-film with the title "PARONTES (Being PRESENT)".

The film examines the development and management of the pandemic in Greece, a country still healing from the wounds caused by the ten year long economic and social disaster that was called upon to confront the biggest public health crisis of recent history.

Against the backdrop of a disintegrated public health sector, the prominent protagonists managing the pandemic are entangled with the stories of its invisible heroes. Political decisions and behind-the-scenes manipulations are closely observed and juxtaposed with the struggles of the people who bear the brunt of this new crisis every day.

Observing the experience of his homeland for a whole year, Avgeropoulos manages to capture a universal reality and poses critical questions on the post-Covid era which the world has already entered.

"PARONTES - Being Present" will be presented for the first time online, in the presence of the creator and contributors of the film, during the 3-day virtual forum for Journalism, organized by iMEdD (incubator for Media Education and Development) from February 17 to 19.

You can watch the avant premiere of the film for free, as well as the discussion that follows right after, by simply registering here.

The film is a SmallPlanet production on behalf of iMEdD (incubator for Media Education and Development) and is a continuation and evolution of the homonymous multimedia project that was launched by iMEdD in April 2020.

iMEdD is a non-profit organization founded in 2018 with an exclusive donation from the Stavros Niarchos Foundation (SNF). Its mission is to promote and enhance transparency, validity and independence in journalism.

"PARONTES (Being Present)" will be screened with Greek and English subtitles. The duration of the film is 83 minutes.

AGORÁ ΙΙ – Chained, by Yorgos Avgeropoulos in Greek cinemas from February 13, 2020.
back to top