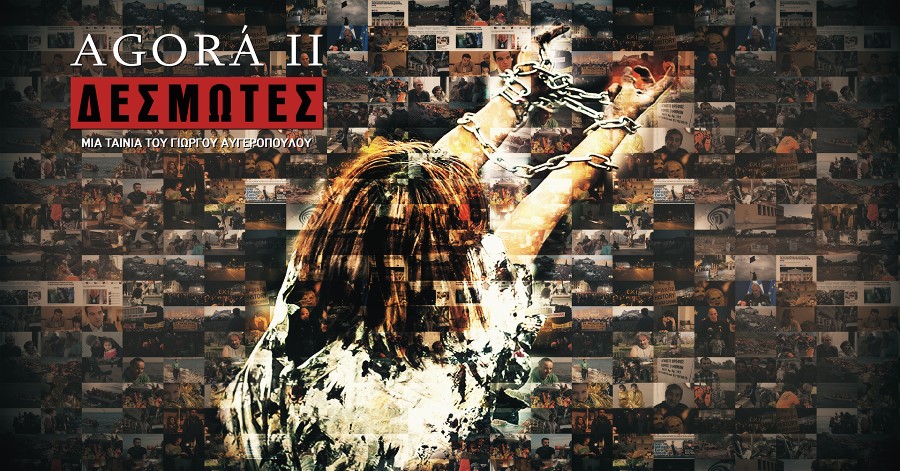 Chained – AGORA II by Yorgos Avgeropoulos, in its German edition “Kampf um Griechenland”, is nominated for the 57th “Grimme-Preis” in the “Information & Culture” Category.

The Grimme-Preis may be the most renowned award of the German television and has been characterized as the "German TV Oscar". It was established in 1964 by Grimme Institut and has since then been awarded to audiovisual productions "that use the specific possibilities of the medium of television in an extraordinary manner and at the same time can serve as example regarding content and method".

Acclaimed directors such as Rainer Werner Fassbinder and Lars von Trier have been awarded in the past.

Chained – AGORA II, that was released in Greek cinemas on February 2020, was characterized by the press as a “historical document” and a “memory box”.

It narrates the last five years of the financial and social crisis through the eyes of its main characters: Alexis Tsipras, Yianis Varoufakis, Magda Fyssa, Zak Kostopoulos, Juan and Nermin, two refugees from Syria.

With exclusive content and rare audiovisual recordings of the backstage of the negotiations of the previous Greek government and its creditors and with time on his side, Avgeropoulos follows the protagonists till the end, creating a one-of-a-kind, multi-level documentary that works as the mirror of a heavily traumatized society.

Read what has been written for the documentary by the Greek press here.

The film is always available here to watch from the device of your preference, in high quality, for 72 hours.

PIRATES OF THE AEGEAN - Title of the 3rd Episode: Fire in the Cyclades.
back to top