RTK of Malta renews its programming and technical equipment with AEQ. 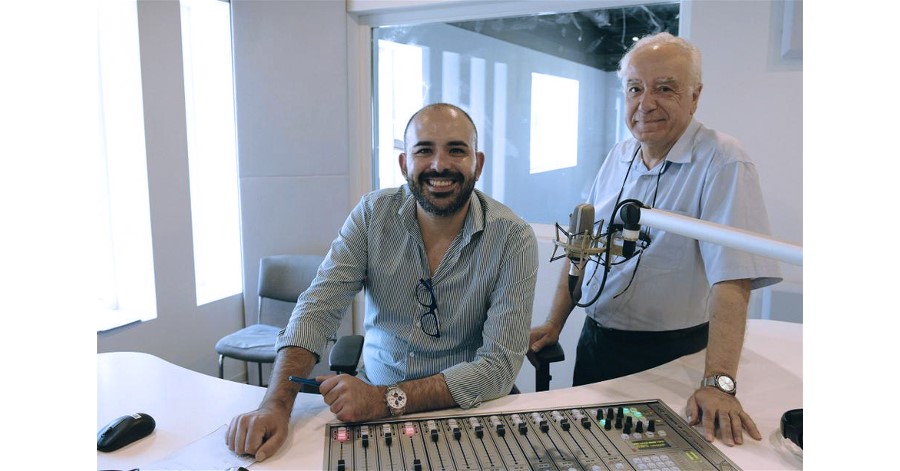 The new studios and their communications are based on audio over IP technology and visual radio systems, from AEQ.

RTK 103FM is part of RTK Ltd, the media company of the Catholic Church in Malta. The official mission of RTK 103 FM is to shed Christian light on everyday life and enrich people’s lives by informing, educating, entertaining and connecting with them through programmes that deliver well-balanced news reflecting the truth, inspiring knowledge-building discussion programmes, religious programmes, magazine programmes and general format entertainment shows.

In 2018 the Beacon Media Group, which owns the station RTK in Malta decided to accomplish a general makeover of RTK, renovating both technical infrastructure and their approach to captive audience. The aim was to seek to attract younger audience, less preaching, more music and a vibrant new team of presenters.

RTK 103 trusted the local company DAB Electronica Ltd. and their team of professionals led by Alan Gatt to assess and execute the technical infrastructures and new studios build-out. Studying different alternatives, eventually the system decided upon was entirely Audio over IP based, except for the local Inputs and Outputs in terms of Microphones, Headphones and Monitoring. Through Exhibo in Italy, two auto-control operated studios were installed with AEQ FORUM Split IP consoles as the central part of the installation. Both consoles are 12 Fader versions. Studio One is a Main or DJ Mic. and 3 Guests set-up whilst studio Two allows for the anchor or DJ to attend up to 6 Guests so in total 7 Mic. Inputs.

DAB is the local Sennheiser distributor in Malta so the choice for Headphones and Microphones became simple. Standardized on the Sennheiser MK4 Condenser Mic and HM300 Headphones.

Either studio can be controlled from either Console thanks to the possibility to share all the stations Audio resources over the AoIP Network. To make Antennae, Studio and Play-Out Systems switching simpler and automated, a NetBox32 MX with RTC option was installed, thus providing a 64x64 non-blocking routing Matrix for AoIP, Analogue and Digital Audio sources. This unit is used for format conversion, thus allowing for any analogue or digital source to become part of the AoIP Multi-channel network. 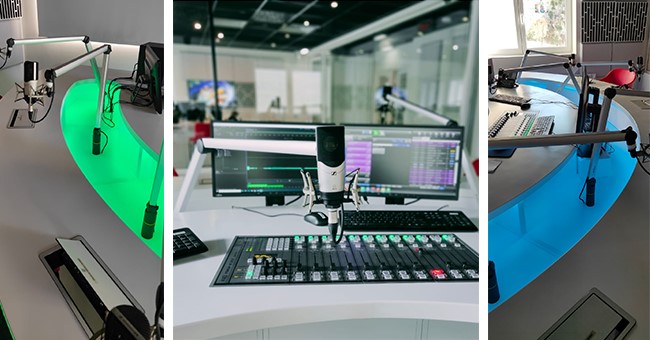 The Audio Automation, Scheduling and Play-out system is from WideOrbit and is also connected to the AoIP network with DANTE Virtual Soundcards, keeping the cabling at a minimum. As Wideorbit allows embedding third-party commands as objects in their lists and schedules, the Virtual GPO protocols for AEQ equipment can trigger macros and salvoes for any of AEQ’s AoIP networked equipment. This becomes very handy when general programming is switching for news on the hour. The other way around, it allows the DJ to trigger the play-out, cue a song etc., directly from the Console control surface or to start the control of the microphones in the other studio, etc.

A SYSTEL IP 16 Talk-show and phone-in system with three SystelSet+ was also taken into service since the interactive audience is one of the stations fundamentals. The audio I/O for consoles or recording devices is AoIP network channels so again, the cabling is at a minimum and reduced to the Network cabling.

RTK’s need to reach a younger audience with dynamism also required the installation of Visual Radio in both Studios. The Choice was also simple since the BroadcastPix video switchers are seamlessly integrated with AEQ’s AoIP Equipment. Any channel or AudioSource in the installation can in essence trigger a camera setting, a video clip, a transition or sequence available on the Broadcast Pix. Each studio is equipped with three JVC HD PTZ Cams that follows the invited guests, the DJ or provides beauty shots of the Studio. Either Studio can be recorded and live streamed depending on where the action is.

For outside broadcasting RTK and DAB chose to go for the AEQ Phoenix ALIO portable Codec and Mixer. Connectivity is either handled with a 4G router or Standard Internet connectivity. Normally OPUS encoding is used for either Voice Quality or Full bandwidth Music. The connectivity at the station is handled with a Phoenix Venus 3 with AoIP Networking connectivity so the cabling is reduced to the rack room and the primary and secondary network switches. ControlPhoenix application allows for the technician at the studio to control both the local Codec and the Remote one, assisting the DJ with the OB Operation.

Another two Phoenix VENUS 3 with AoIP capability are also part of the system. One is in the central rack room and is used to create an STL with the Transmitter site where the last unit is installed. Since the Phoenix AudioCodecs provides with a Ancillary data channel, the telemetry of the Transmitter can be checked at the station, and in the event of link failure, the Phoenix Codecs can send SNMP traps.

The project was led entirely from DAB Electronica Ltd. In Malta. Exhibo S.p.A. and AEQ sent a team for technical training a couple of weeks prior to the final set-up. Also, and thanks to that the AEQ equipment allows for the remote assistance, configuration and testing, the commissioning was accomplished with the engineers from DAB Electronica Ltd. present at the RTK studios and AEQ Engineers and Technicians from the Headquarters in Madrid.