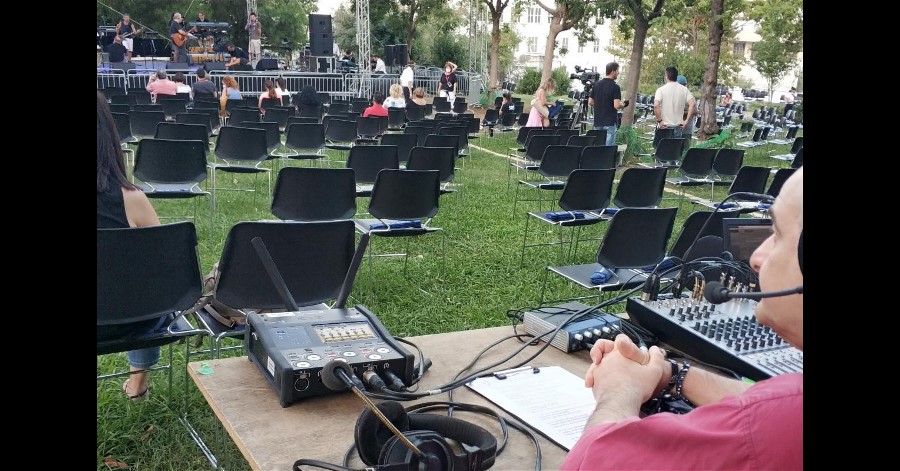 On September 9th, the tribute concert in memory of the famous Greek rock musician Lavrentis Machairitsas took place in the gardens of the Megaron Mousikis, the main concert hall of Athens.

ERT, the Greek public radio communications radio and television, broadcast the event using Quantum W to transmit the audio of the performances, as well as voiceovers and interviews. The equipment was connected to a Quantum ST located in ERT's central studios using only 2 SIM phone cards, achieving high quality audio despite the use of unreliable transmission networks.

ERT has recently been equipped with various pieces of equipment from the Quantum family thanks to Prodys' distributor in Greece AVSYS.

Prodys Codecs under the volcano.

Prodys: Quantum Lite, Ready to Go Back to the Streets.
back to top