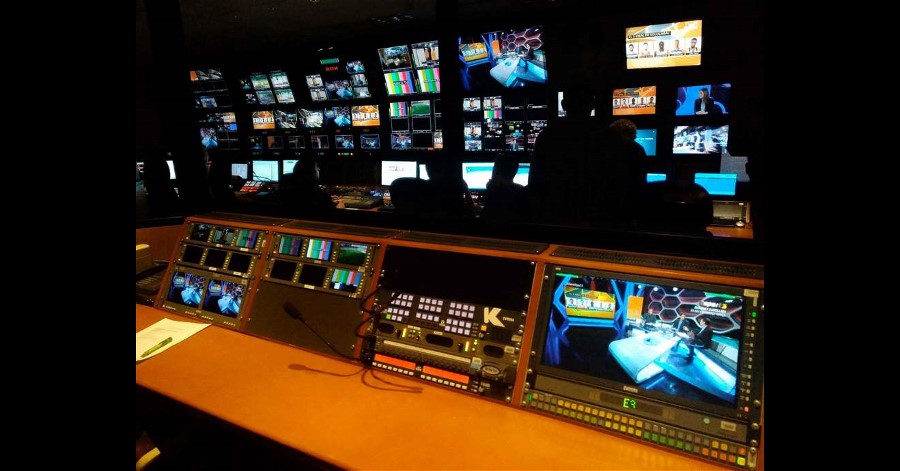 It is integrated into a Conexia Intercom System covering the CEI News Continuity building, including terminals in other centers.

TVC’s headquarters are locate in San Juan Despí, in Barcelona’s metropolitan area. The News Production Center building concentrates the largest broadcast activities: editing and broadcasting news and sports programs, it has four stages –Telenotícies, Sports, a 3/24 news service and a multipurpose one-, and is the place where the Conexia intercom system is installed. It has evolved and been upgraded since 2014.

A new Xplorer wireless intercom has been incorporated to the system in 2020. 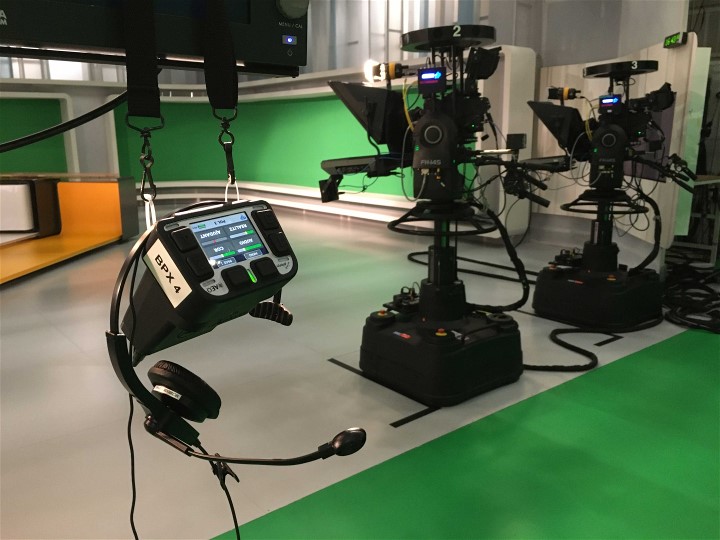 Xplorer is more than a beltpack: it is a true wireless user intercom panel. Based on Wi-Fi technology, it features a user interface with 4 shortcut keys organized in pages, another two programmable keys and a multifunction screen.

5GHz Wi-Fi technology eases system installation, setup and maintenance as it is an off-the-shelf technology deployed all over the world that even allows the system to share the existing wireless network.

Xplorer Beltpacks can operate on any Wi-Fi network featuring the roaming function that allows the users to freely move within the whole coverage area.

That’s why this XPLORER system uses the Wi-Fi network that was already installed by TV3 as its corporate network, with access points and controller by the Enterasys manufacturer. This is the same network used to provide service to internal users and guests in order to offer them Internet and other online services, so TV3 avoided the need to deploy another new, dedicated network of access points for the wireless intercom.

Xplorer features a user interface with 4 shortcut keys (x 4 pages), mute and menu. It also includes a multi-function color screen that allows for the independent configuration of the controlled keys or destinations and where each talker’s input level, the battery and Wi-Fi signal levels are displayed. XPLORER beltpack has dual volume control in order to quickly adjust the level of the main peer, differentiating it from the rest.

XPLORER dimensions and weight are reduced. It is protected from hits and spills, can be hold to a belt or hang from a strap, using it over the shoulder. It has an internal, high gain antenna, and has enough battery range for 20 work hours (it can be charged in a multiple base).

The usage of the wired and beltpack Xplorer wireless user panels extends to the four stages and its controls, a double central control (Traffic + control central), 4 continuity controls, multiple editing rooms and the editorial office.

One unique feature of the installed system is that the corporate Wi-Fi extends to other territorial centers, which allows for the communication with wireless beltpacks deployed in other cities. There are 14 Xplorer terminals in service for the moment, and more to install in the next weeks.

The CONEXIA platform deployed in TV3’s central headquarters has been extended and upgraded as TV3’s operative needs demanded for that, since it was installed in 2014. Original intercom systems is composed by a central BC2000D audio matrix (currently offering 512x512 circuits), distributed among two different physical locations, the News and Sports control rooms, as the core where all the user panels deployed in the production center are connected.

In 2020 it was updated to Dante AoIP technology (AES67 compatible) with the installation of two redundant network cards, for a total of 128 channels to connect panels, audio consoles and input/output terminals using audio over IP.

More than 60 intercom user panels have been installed so far in all the Sports, News and Traffic TV departments and the rest of CCMA TV channels in Barcelona headquarters, as well as in three provincial offices at Gerona, Lérida and Tarragona. 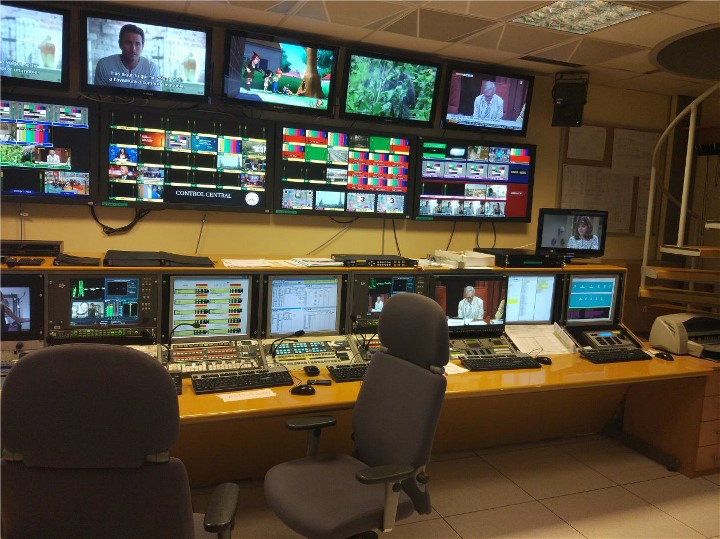 Thanks to the great flexibility of CONEXIA, the project implies a wide variety of panels in order to adjust to TV3’s specific needs. TV3 system has 24 and 16-key user panels, with analogue, digital and even AoIP Dante audio.

A software suite for the system’s configuration and real time operation has been developed according to TV3’s operative requirements, so the need to download a complete pre-configuration file each time that a live modification to the system is required has been avoided.

The complete project has been leaded mainly by CCMA’s Technical Manager of Central Control and Traffic, Mr. Albert Bargallo, in collaboration with AEQ Technical Services in the Madrid central office, and Mr. Nacho Olivella as AEQ Catalunya Office Manager.

In order to obtain more information about CCMA and TV3, please visit: www.ccma.cat/tv3/