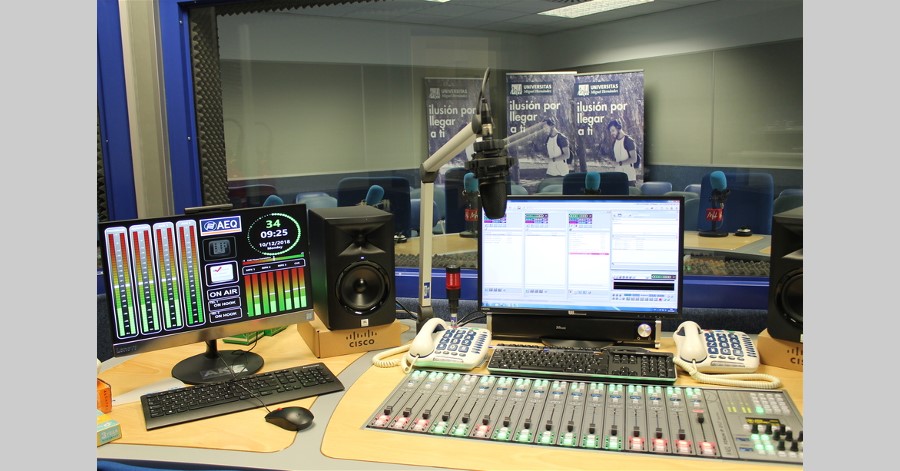 The new studios, featuring Forum Split and Capitol mixing consoles, are based on AEQ'S Audio Over IP technology.

University Miguel Hernandez (UMH) was founded in 1996 and nowadays it offers 26 degrees, 2 dual degrees, 50 University Masters and 13 PhD programs to its more than 14 thousands pupils.

Miguel Hernández University Radio has recently opened a new studio in the Elche campus with ample area for the public or pupils who don’t participate in the programs. It has also created other studios in the Orihuela and Altea branches. With this installation upgrade, University Radio is already present in all 4 UMH branches. 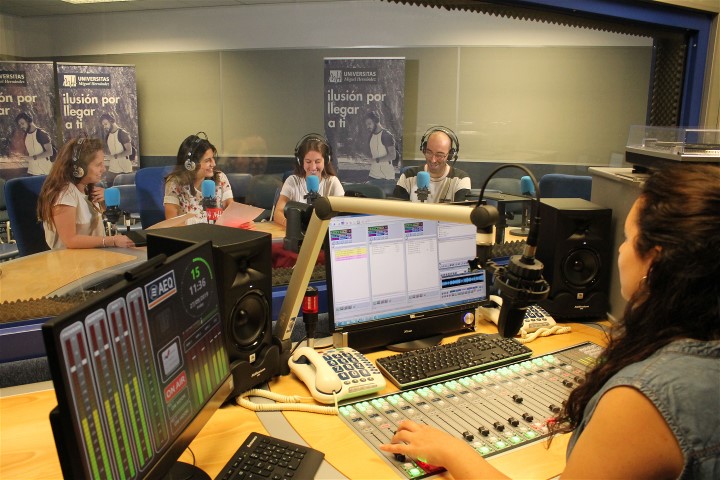 UMH Radio broadcasts from all its campuses in FM and also in several ON LINE platforms.

The new digital broadcasting studio, located in the Atzavares building in Elche campus, includes a locutory with seats for the audience. The main digital control is equipped with an AEQ Forum Split digital mixer with 16 faders. 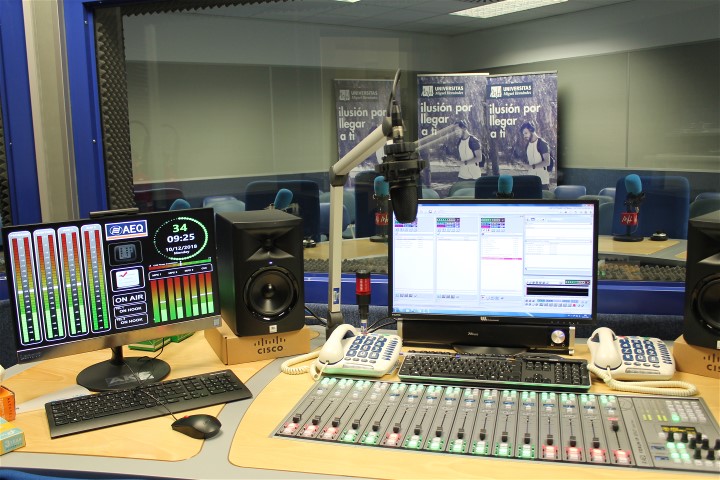 It is also equipped with the Forum Screen Display software, which allows for the visualization of operating parameters such as dynamics, parametric equalizer, vumeters, etc. in an enlarged and graphic manner.

AEQ performed the installation of the mixer together with the auxiliary equipment (microphones, listening monitors, turntables, etc.) completing the main control room, which was provided under the same file.

7 AEQ HB-02 microphone and headphone connection boards with attenuator were installed in the talent room. An AEQ Studio BOX desktop signaling system was located in the locutory and ON AIR signs -also by AEQ- were placed over the accesses and in the studio’s interior.

AEQ Digital equipment was also provided and installed in Orihuela and Altea branches. Both studios share the same configuration: each control counts with an AEQ CAPITOL mixer with dual phone hybrid and an AoIP DANTE module allowing for the connection of the AEQ NETBOX 4MH locutory interface, which was also provided.

As in the Elche campus, auxiliary equipment was also provided, such as several AEQ HB-02 microphone and headphone connection boards with attenuator, an AEQ Studio BOX and ON AIR signs by AEQ over the accesses and in the studio’s interior. 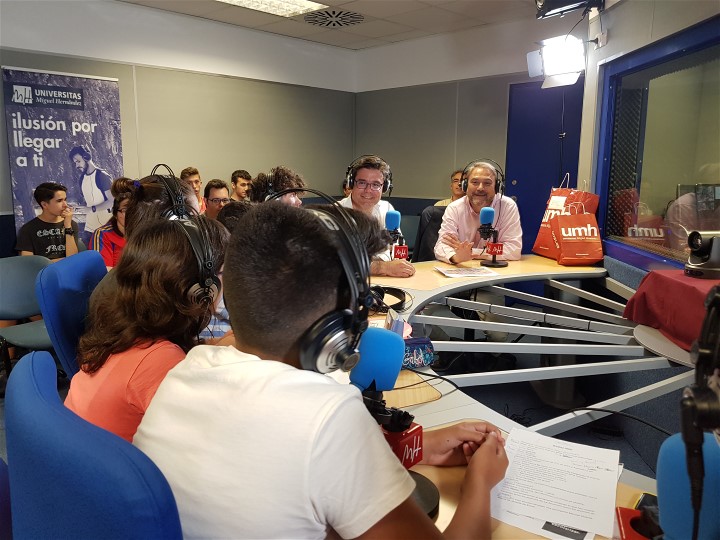 The complete project has been leaded by AEQ Sales Manager for the Valencian Community, Mr. Bernardo Saiz, in coordination with Miguel Hernández University Radio technical services.