Meeting of the German DRM Platform in Erlangen. 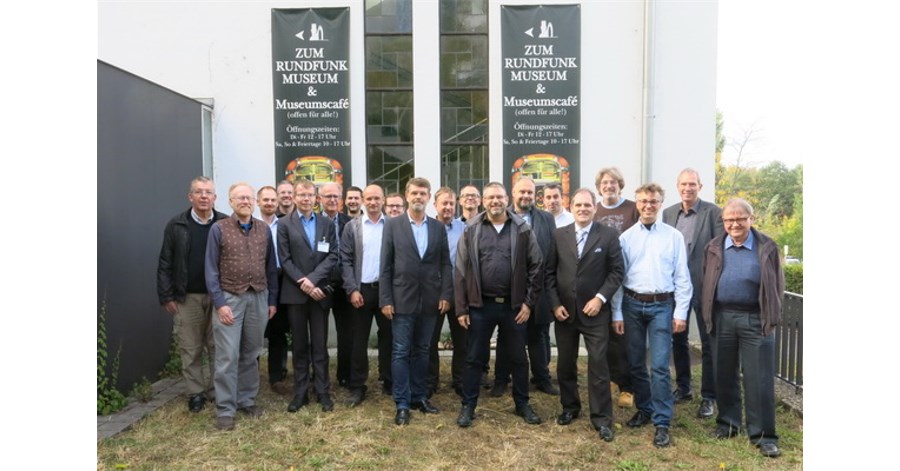 The German DRM Forum met on 25 and 26 September 2019 on invitation of the Fraunhofer Institute for Integrated Circuits (IIS) in Erlangen.

The participants reported on current developments in Germany and Europe. Important, even for a medium-term development of DRM in the FM band II and in the DAB band III is the directive of the EU that stipulates that from 2021 all new cars must be equipped with car radios able to receive a digital terrestrial radio system. This opens up the possibility that in these car radios, currently designed for DAB receivers, DRM reception could be also unlocked via firmware updates.

The current developments in the Asian region, especially in India, suggest a successful market launch, which could also provide a stimulus for the European market.

The Federal Office for Civil Protection and Disaster Assistance (BBK) in Bonn, is currently examining whether there is a way to broadcast warnings aimed at critical infrastructure by using a LW transmitter and DRM. At present, the emergency EWF (Emergency Warning Functionality) protocol and emergency warnings can be broadcast via a DRM transmitter of the Fraunhofer Institute in Erlangen.

For shipping, the NavTex system is currently being replaced by the open standard NavDat, in which data transmission via DRM in mode A with 10 kHz bandwidth on the frequency of 500 kHz is to be implemented.

During the meeting of the DRM German Platform, its president, Joachim Lehnert, announced his resignation from the German DRM Forum. This will happen at the end of 2019 and is due to to his retirement. From the beginning of 2020, the previous Deputy Chairman, Detlef Pagel (RFmondial) will take over the chairmanship of the Forum and Olaf Korte (Fraunhofer IIS) will become its Deputy Chairman.