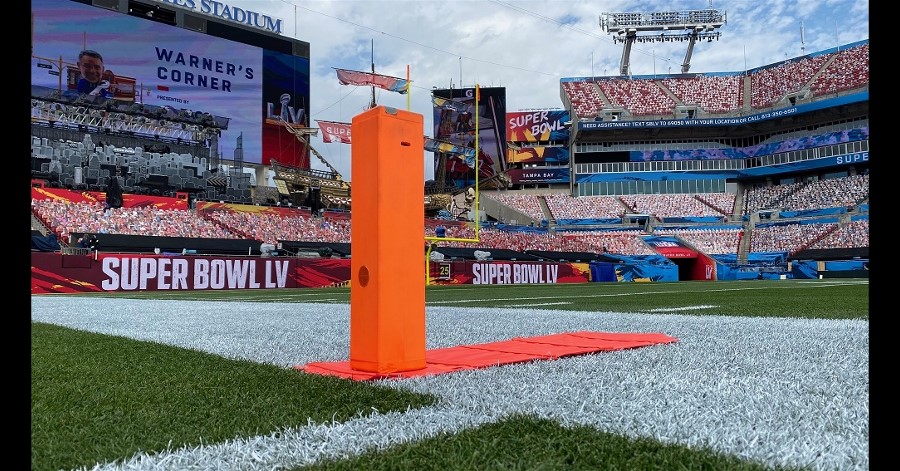 Garbsen, Germany - 25 March, 2021 - With the completion of the 2021 NFL Superbowl, Dream Chip is able to celebrate the success of their AtomOne mini AIR camera deployment as an integral part of the broadcast production setup which delivered the game to 96.4 million viewers worldwide.

Two AtomOne mini AIR cameras were integrated into the line-to-gain wireless pylons; small, portable pylons that are positioned at the constantly-moving scrimmage “line to gain” or first down marker. The team needs to advance the ball past this mark in order to secure a first down. As such, the line-to-gain represents a dynamic and fundamental location on the field. Positioning cameras here facilitates game shots which are immersive, action-packed and laden with emotion, but from a technological perspective calls for something compact, lightweight and robust, without compromising on image quality.

Dream Chip was selected by 3g Wireless – equipment and services provider to Superbowl broadcaster CBS – because of their ability to meet exactly these criterias. The AtomOne mini AIR camera weighs in at just 45g, with measurements of approximately 30x30x18mm. With an S-mount lens providing Full HD quality resolution, the AtomOne mini AIR is perfect for getting right down to the level of the action – providing both a wide angle lens but also the capacity to pick up the finest of details. Additionally, the AtomOne mini AIR 10bit HDR facilitates a rich depth of colour, offering improved image quality through higher contrast and the reduction of shadow and blow-out. 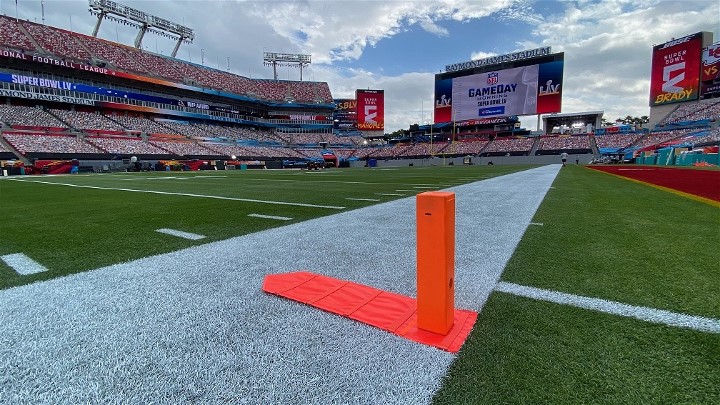 Aside from the technical specification of the cameras and the exceptional image quality that they deliver, another key consideration was integration. The nature of the Dream Chip AtomOne range is to be complimentary to existing larger-scale camera setups – providing unique angles and unusual perspectives that complement the ‘workhorse’ functions of more conventional broadcast cameras. The Dream Chip Camera’s ability to achieve seamless integration is key – particularly through immaculate colour matching which eliminates any need for adjustment in the studio. The AtomOne mini AIR Line To Gain wireless cameras were also integrated with a CyanView controller for precision and intuitive colorimetric control.

Speaking for 3g Wireless, Director for Business Development and Sports Operations Gordon Capaccio said: “Dream Chip cameras have helped us to innovate in the way we approach sports production, and broadcaster CBS was amazed with what we delivered.” He continued: “The level of detail the cameras granted was incredible; you could see every blade of grass, it was like standing on the sidelines. It offers a new way of looking at production – both literally and metaphorically. Audiences are able to see so much more in terms of action and emotion, due to both the quality of the camera, but also the versatile ways it can be deployed.”

“We are so pleased with how well things worked out’, said Tommy Goodson, speaking for AVBB – the master distributors in US who oversaw the relationship between Dream Chip and 3g Wireless. ‘The AtomOne mini series cameras shows just how much potential there is to really push boundaries in sports production – not just for the Superbowl but across the entire NFL.”

Sales Director Stephane Ducobu, said for Dream Chip: “The prestige of being involved in a production as momentous as the Superbowl is obviously fantastic. It’s the perfect setting to demonstrate to the market just what our cameras can bring to a production. The rules of American Football may still be a mystery to most of us on this side of the Atlantic, but we definitely know how to bring it to life on the screen.”