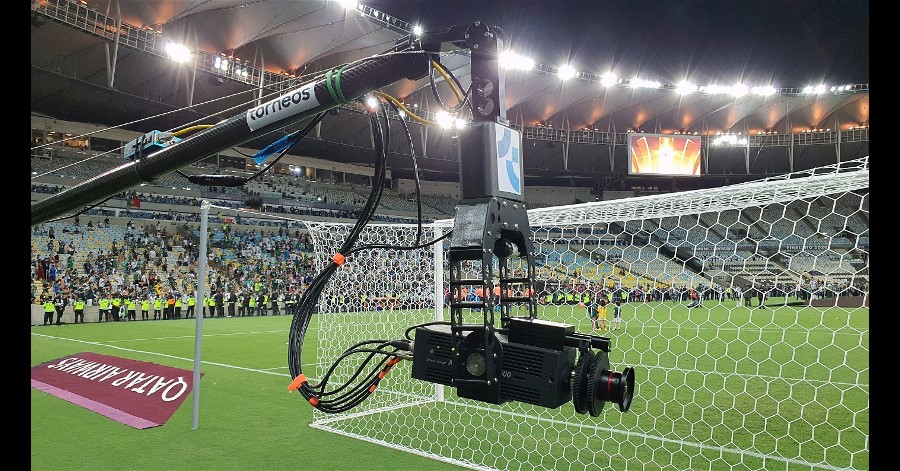 Recognising the outstanding performance of the super-slow motion SSM500 camera.

Garbsen, Germany - 20 April, 2021 - Dream Chip Technologies are proud to announce that they have been awarded ‘Best Production Technology’ in the 2021 Tech Leadership awards, in recognition of the contribution that their Super-Slow Motion SSM500 camera has made to the field of production.

Dream Chip, who specialise in the production of SoC Chipsets and embedded software, have been present in the production and broadcast market for a number of years, focusing on the development of their ‘AtomOne’ range; a series of lightweight mini cameras designed to fit in unconventional spaces, delivering a unique viewing perspective that enhances audience experience and immersion.

The AtomOne SSM500 represents a Super-Slow Motion camera that is capable of recording 500fps in full HD resolution (1920x1080), but measures only 190mm x 60mm x 60mm. This combination of small size and crisp, detailed slow-motion output makes the AtomOne SSM500 perfect for deployment in a range of contexts – most notably, that of sports broadcast.

Ideal as a compliment to conventional camera setups, the AtomOne SSM500 is designed to integrate seamlessly into existing workflows. It achieves this through the facilitation over a standard RS 485 connection, and allows for the use of all existing B4 and C-mount lenses. Moreover, with five HDSI outputs, genlock and multi-matrix colour control, the SSM500 is able to synchronise with other video sources within the production setup – a feature unique at this level of FPS and camera size.

The provision of open protocol allows for the camera to be easily integrated with a range of third-party apps, but this can also be achieved through the intuitive GUI that ships with the camera as standard. This allows for the connection of 99 other Dream Chip devices and facilitates control over all technical aspects of the camera; white balance, exposure, framerate, etc. It also facilitates two distinct workflows; in Trigger Mode the SSM500 gives 60 seconds of 500fps footage (the equivalent of ten minutes of playout), stored on the camera’s SSD, and allowing for live output and replay output to occur in conjunction, or alternatively, the camera can be configured for 2, 3 or 4 phase connection to any server, facilitating capture at up to 240fps.

Speaking of the win, Stéphane Ducobu – Dream Chip’s Sales Director for Broadcast Products Worldwide– said: “We are really so proud of this win. We have always felt that technological innovation in production needs to support one thing: delivering creative tools to producers which allow them to catch the emotion, excitement and energy of a moment; be that live or recorded, real or fictional. The ability to position the audience somewhere unusual and use super-slow motion provides creatives with an unrivalled storytelling device, all with exceptional image quality and usability. I feel that in awarding us the title of Best Production Technology, the panel at Tech Leadership have recognised this, alongside the sheer level of innovation present in the SSM500; no other offerings on the market have achieved this level of technical specification at such a small size and price”.

Dream Chip Speeds Ahead with its Super Slow Motion ATOM one SSM500 Camera.
back to top