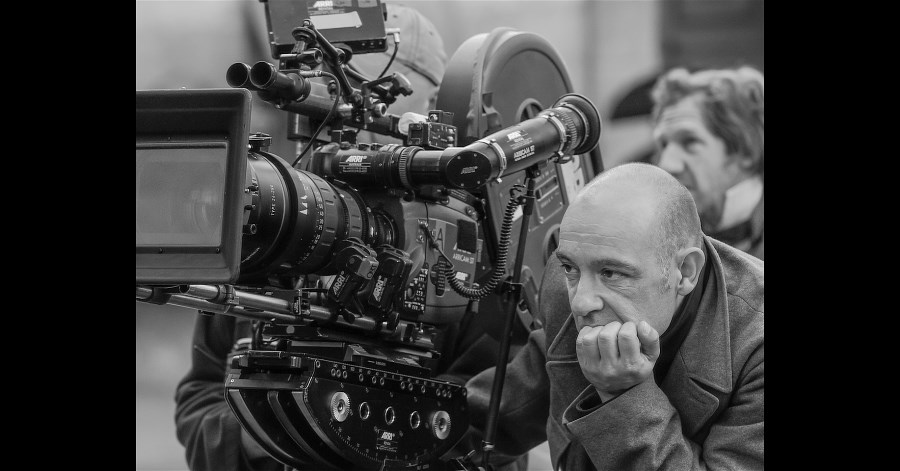 April 2019 - Since 2013, as an official partner of the Cannes Film Festival, Angenieux has been paying a tribute to a prominent director of photography during the « Pierre Angenieux ExcelLens in Cinematography » ceremony. This event turns the spotlight on worldwide masters of light, directors of photography, without whom cinema would not exist. 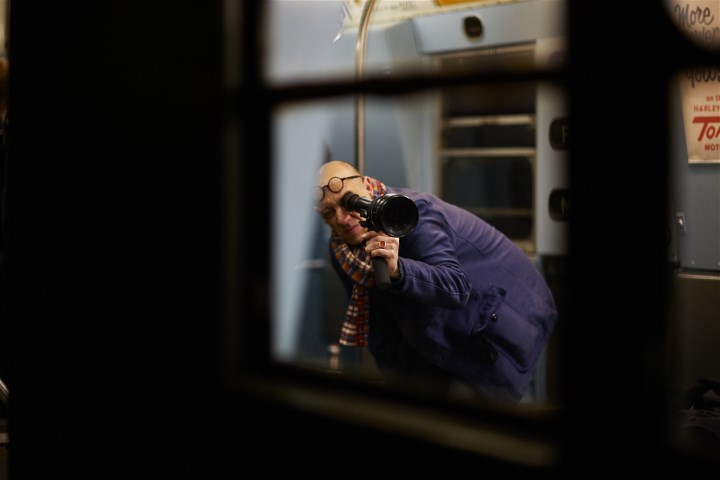 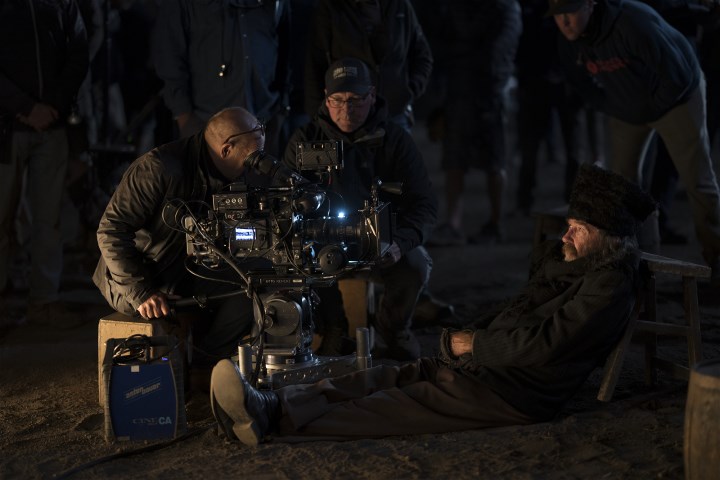 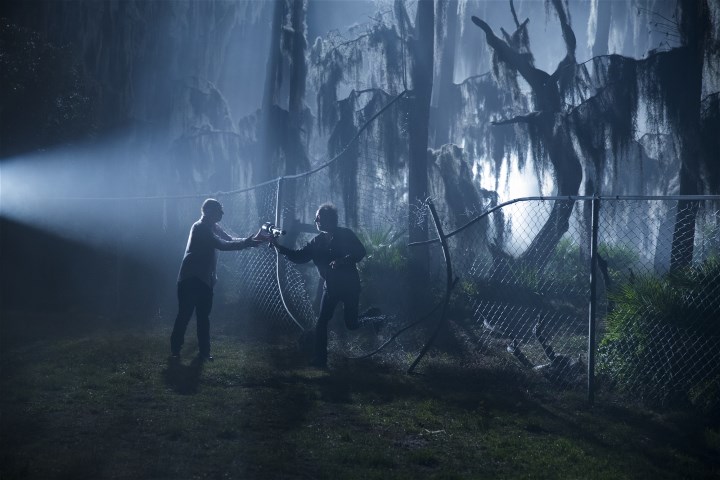 Since 2013, as an official partner of the Cannes Film Festival, Angenieux has been paying a tribute to a prominent director of photography during the « Pierre Angenieux ExcelLens in Cinematography » ceremony. This event turns the spotlight on worldwide masters of light, directors of photography, without whom cinema would not exist.

After Philippe Rousselot (AFC , ASC*) in 2013, Vilmos Zsigmond (HSC*, ASC) in 2014, Roger A. Deakins (BSC*, ASC) in 2015, Peter Suschitzky (ASC) in 2016, Christopher Doyle (HKSC*) in 2017 and Edward Lachman (ASC), it is Bruno Delbonnel's turn to be honored in 2019, at the 72nd Cannes Film Festival, during an exceptional evening opened by Thierry Fremaux, presented by French journalist Pierre Zeni and in presence of some of his closest collaborators. 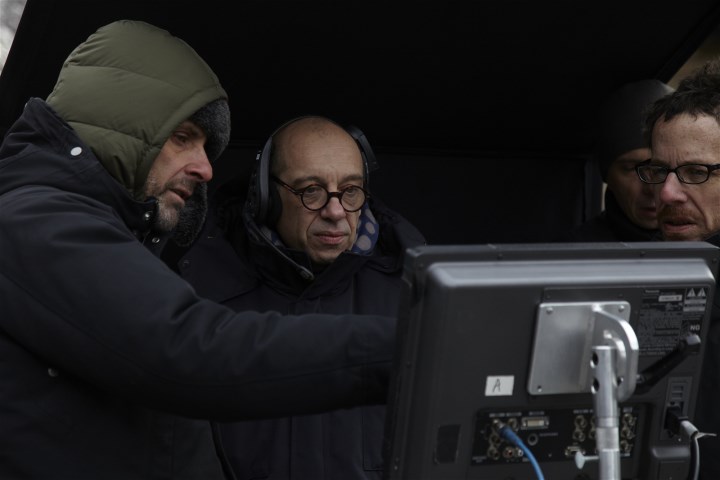 Bruno Delbonnel is a world-renowned French director of photography.
Born in Nancy in 1957, Bruno Delbonnel first studied philosophy, then graduated from ESEC in the camera and light section, before filming his first and only film at the age of 20 : a short film, Rare Realities. On this film, Jean-Pierre Jeunet was his assistant and Henri Alekan, his DOP... Alongside the master of black and white photography, he discovered his passion for light was stronger than directing. He then began working as a camera assistant during fifteen years for commercials and some feature films, then as a DOP. 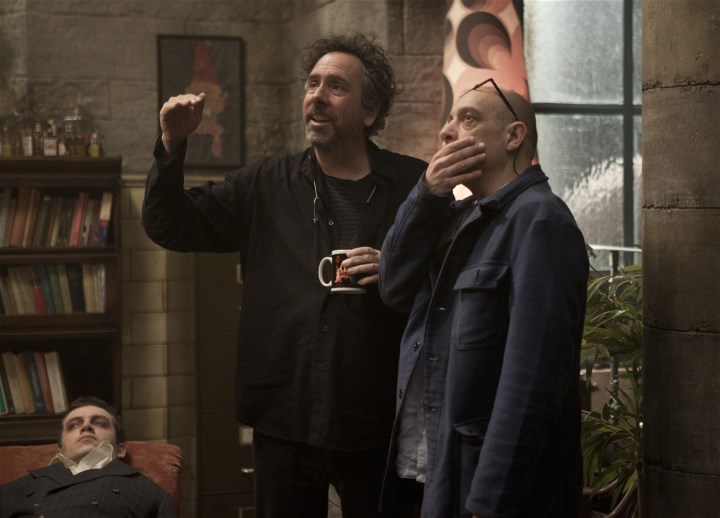 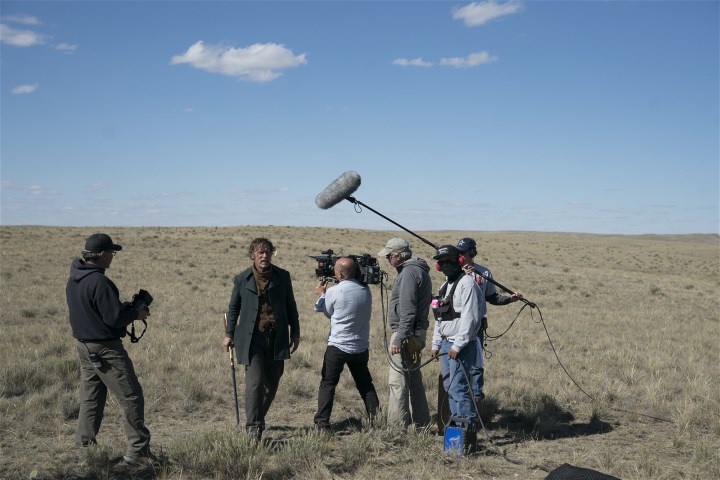 His career took on an international dimension in 2001, thanks to his collaboration with Jean-Pierre Jeunet.
Thanks to his work on Le Fabuleux Destin d'Amelie Poulain, he won the European Cinema Prize for the best director of photography and was nominated at the same time for the Cesar, the BAFTA and the Oscar for best picture. Particularly noticed for his avant-garde work, he has a different approach to light and makes production designers his best allies on filming, so that sets are designed to be filmed at short focal length, shots framed at 27mm, his preferred focal length. Now Bruno Delbonnel continues his visual research at the service of the movies he enlightens and finds inspiration in music, architecture or abstract painting - challenging himself such as “trying to create a light between Mark Rothko and Shostakovich" - and developed collaborations with some of the greatest directors : Tim Burton (Dark Shadows, Big Eyes, Miss Peregrine's Home for Peculiar Children), the Coen brothers (Inside Llewyn Davis, The Ballad of Buster Scruggs ), Alexandre Sokourov (Faust, Francofonia), Joe Wright (Darkest hour) or David Yates (Harry Potter and the Half-Blood Prince) and of course his old mate, Jean-Pierre Jeunet (Un Long dimanche de fianfailles).
His collaborations earned him five Oscar nominations for Best Picture (for Le Fabuleux Destin d’Amelie Poulain in 2002, Un long dimanche de fianfailles in 2005, Harry Potter and the Half-Blood Prince in 2010, Inside Llewyn Davis in 2014 and Darkest hour in 2018). 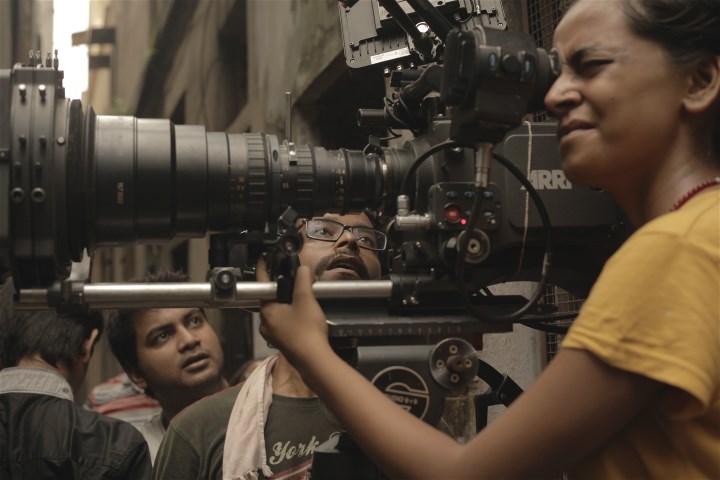 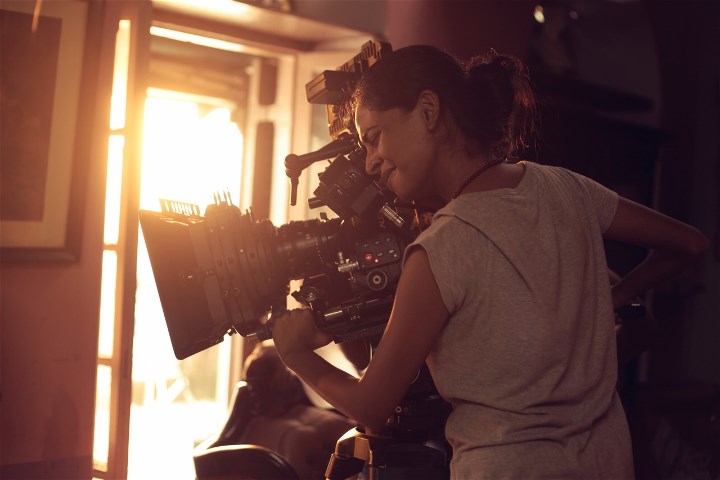 In parallel to the tribute paid to the already established career of a director of photography, Angenieux also wants to highlight the promising work of a young film professional.
This is how, during this exceptional evening, the director of photography Modhura Palit based in Calcutta, India, will be given a special encouragement, offering her the opportunity to use the best of the Angenieux technology for the images of her next project.
Modhura Palit studied cinema at the Satyajit Ray Film and Television Institute, one of India’s leading film schools. Member of the Indian Women Cinematographers Collective (IWCC) as well as of the Eastern India Cinematographers Association (EICA), she is part of the Busan Asian Film Academy (AFA), and she took part in the Looking China Youth Film Project in 2015. Thanks to this project, she travelled across China and directed, lit, edited and produced the short documentary The Girl across the stream in 18 days. This film won the 2nd Runner Up Prize. Since then, she has been working on short-films, video clips, corporate films and three feature films.
She follows after Cecile Zhang, the young Chinese director of photography who graduated from the famous Beijing Film Academy, the first cinematographer who received the Angenieux Special Encouragement in Cannes in 2018 and was supported by Angenieux throughout the year.

About Angenieux
Angenieux is world-renowned for its camera lenses. Awarded four times in Hollywood by the Academy of Motion Picture Arts and sciences in 1964, 1989 and 2009, and by the Society of Camera Operators in 2012, as well as in 2014 by the British Society of Cinematographers in London, Angenieux lenses are a benchmark for image professionals. They are used worldwide for cinema, TV dramas, music videos or commercials.
The history of the brand started in 1935, more than 80 years ago, with the creation of the Pierre Angenieux Company. Since 1993, Angenieux has become a Thales Group brand.
Cinema enthusiast and genius inventor, Pierre Angenieux laid the foundations of the modern zoom lenses and ensured the continued success of his company which experienced an incredible destiny. Pierre Angenieux was not only interested in cinema: he also turned to photography, television, optronics, medical. Angenieux lenses went all the way to the moon ! Chosen by NASA in the 1960's, they have participated to different missions of the prestigious American organization. They were aboard Apollo 11 and participated to the extraordinary success of the mission, that, 50 years ago, showed the images of man's first step on the Moon.
Soon in book stores (May 13 in France, May 20 in Benelux, June 10 in the UK, later in the rest of the world), the book « Angenieux and Cinema: From Light to Image” retraces through 270 pages widely illustrated, the incredible adventure of the Angenieux brand up to its most current challenges. The book is also available in English

CINEGEAR EXPO - Event in the industry: Angénieux goes prime!
back to top 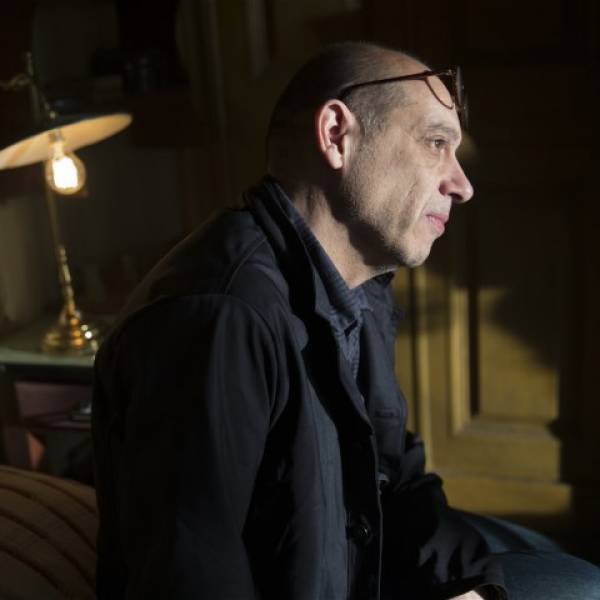 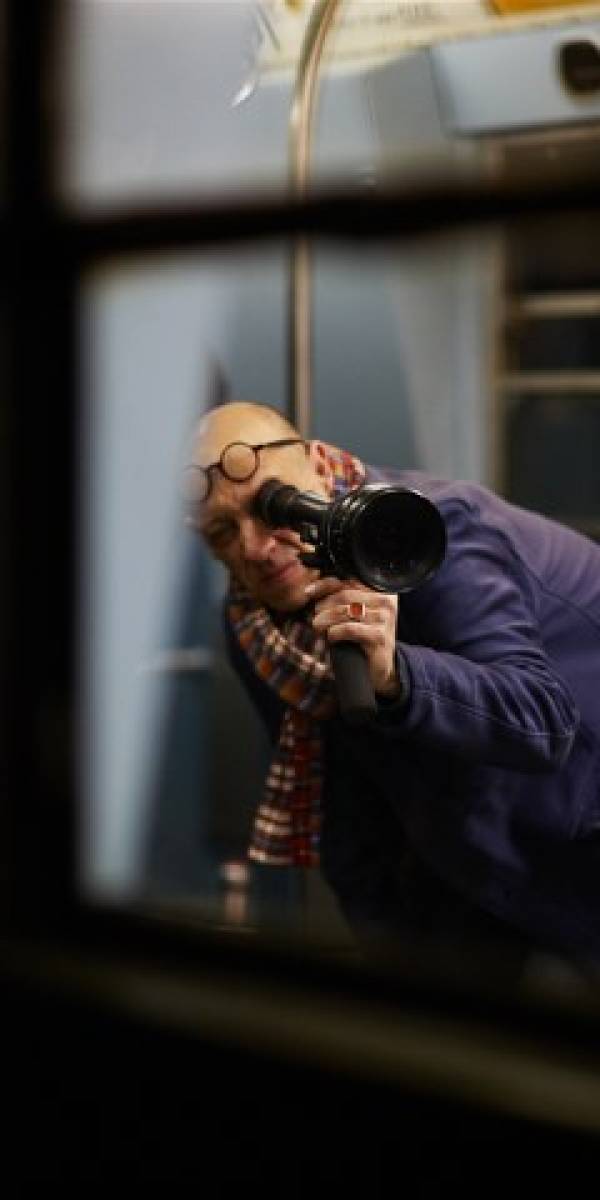 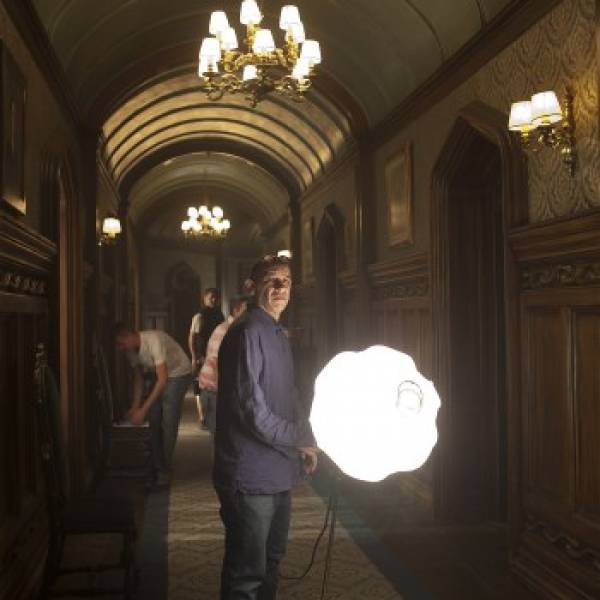