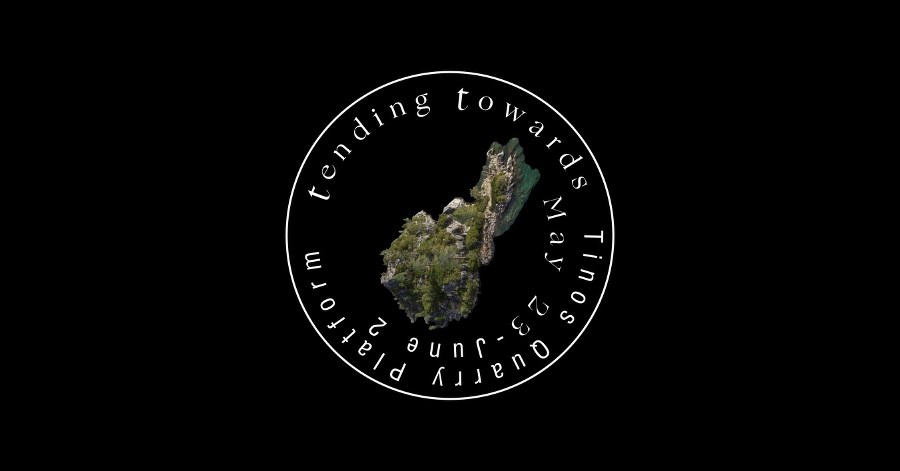 May 24, 2019 - TENDING TOWARDS is a multifold project organised by Tinos Quarry Platform and curated by the artist duo Dorota Gawęda/Eglė Kulbokaitė and Berlin based GRUPPE collective, in partnership with A.M.O.Q.A - Athens Museum of Queer Arts.

Starting on May 23, the project will unfold across multiple locations both virtual and actual presenting artistic research carried out in the local context of Tinos. Mapped through the
specifics of the North Cycladic island’s topography but also the many arbitrary traces of online life; including but not limited to tracking, tagging, updating, liking, following, streaming, commenting, blocking, the project will consider how to address the fluidity of contemporary embodiment and artistic production within. The aim of this expanded digital exhibition and the experimentation driven process leading up to it, is to provide insight into artistic positions that try to navigate our current, increasingly hybrid and simulated condition of being. Subject to data collection mechanisms and through face or voice recognition the body is translated into text. We can no longer be understood as finite unities, but instead fluid cartographies or else distributed networks of corporate agency. With this project, we would like to start a conversation of where our bodies are tending towards and the possible potential for new trajectories.

The project will be launched on GRUPPE and Tinos Quarry Platform websites in September 2019 at A.M.O.Q.A, Athens.

A.M.O.Q.A - Athens Museum of Queer Art is a hybrid space for the research and promotion of arts and studies on sexuality and gender. It hosts special nights and festivals of performance, screenings of documentaries on gender politics, as well as experimental queer films, technology workshops, lectures on gender issues, queer music gigs and more. At the same time, it has initiated the building of a LGBTQI + archive, bringing together collections, artworks, zines, interviews, films, photography etc, in an attempt to trace a cartography of greek LGBTQI + movements. AMOQA would like to act as a meeting point for networking researchers and artists who work on body politics, aiming at the creation of new projects as well as the exchange of ideas and thoughts.

GRUPPE is a collaborative online space and project platform for young writers, artists and designers. The site is an attempt to connect and chronicle a young creative underground in Berlin that is pushing art beyond institution and fashion beyond apparel. The core idea is to pair two or more artists from different genres and support them in producing original projects that question the art_fashion_text divide and reimagine contemporary culture. The work is exhibited on our curated site.

Tinos Quarry Platform run by artist Petros Touloudis is a forum for contemporary art located on the island of Tinos, Greece. Since its conception in 2015, TQP annually, during the summer
months, invites participants from Greece and abroad to work on a range of artistic and cultural projects. Emergent synergies between artists and the landscape contribute to the yearly development of networks that include both local and international audiences while simultaneously opening the space to a wider public.