The European Audiovisual Observatory has just released a new free study on European High-end television series, subsequently defined as short series (2 to 13 episodes per season) made for prime time. These series (about 530 titles in 2018) account for roughly half of all European fiction titles produced each year, but only for a quarter of hours produced, due to the weight of daily soaps or telenovelas in the total volume of fiction produced.

The report explores the following questions:

- Are new Video-On-Demand services transforming the landscape of the production and distribution of TV fiction?
- To what extent has VOD become a player in TV fiction production?
- Are there new business models arising, for example as regards co-productions between VOD players and broadcasters?
- What is driving the investments in high quality series with a European dimension?
- How are legacy players adapting to the new environment?
- How is the cooperation between legacy and VOD players evolving?
- What are the challenges that the European TV fiction sector faces, in terms of producing high quality content and achieving a broader distribution in Europe?
- What are the trends for European groupings of broadcasters for co-productions?
- What are the factors accounting for the relatively low number of co-productions of TV fiction in Europe? 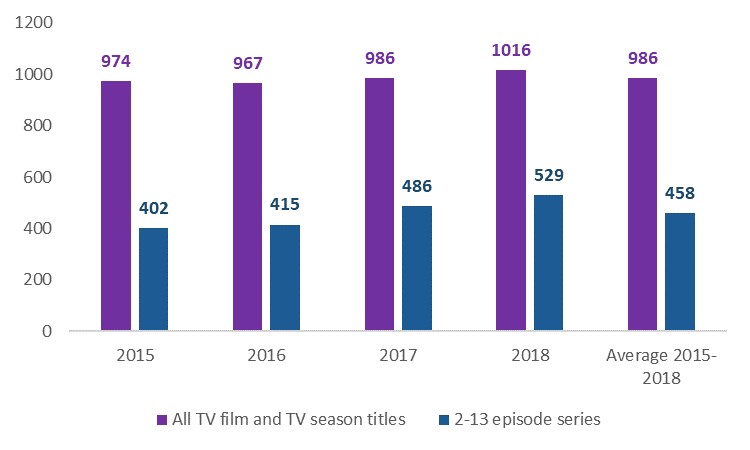 The production of high-end series is trending upwards, fuelled on the one hand by the investment in TV fiction of the pure SVOD players, chiefly Netflix, but also by a rebalancing of broadcasters’ investment from TV films to series - a move to better retain audiences. Available figures suggest that only a limited number of projects benefit from notably higher budgets, comparable to or above the average budget of a European film. Indeed, the report notes an average budget rise of around 30% for a sample of successful European series.

Volume of fiction titles produced in Europe by format, 2015-2018, in number

UK: the leading player
Number of TV seasons by country of origin (average 2015-2018) The United Kingdom in many aspects plays a key role both in the production and exploitation of high-end TV series. For the 2015-2018 period (so prior to leaving the EU) the UK was the leading producer (in number of seasons, episodes and hours) and the main exporter within the European Union, both for transactional video on demand (TVOD) and subscription video on demand (SVOD). During the same period the UK was also the primary European exporter to territories outside Europe, with an impressive 67% share of all TV series available on non-European SVOD services.

European broadcasters (often active in the SVOD marketplace) are, on the one hand, facing competition from global players and their investment power, and, on the other, seeing pressure on their revenues and therefore, ultimately, on their capacity to invest in TV dramas. The evolution of the high-end series production paradigm derives from the need of broadcasters to open up their projects to third-party financing, be it through international pre-sales, with no impact on creative content (e.g. United Kingdom) or through co-productions (e.g. France, Italy, Germany). Such a dynamic implies a more central role for the producer as regards financing and management of rights.
At the same time, in a form of paradox, SVOD platforms are betting on the ‘100% financing for 100% of rights’ scheme, a model that was (and to an extent still is) prevalent in some larger European countries. Strong SVOD platform investment benefits in particular countries with virtually no presence in the high-end production segment (e.g. Spain).

SVOD not the only game-changing factor

When exploring the evolution of the high-end series production segment, focusing exclusively on changes caused by SVOD platforms would be a blinkered approach. SVOD platforms involve a variety of players, global on the one side, national on the other, and often coupled with TV channels. Whatever the SVOD services, they still represent a small (but growing) share of the high-end series production segment, but they are introducing new production schemes and are exacerbating the shortage of talent and technical facilities.
Some private broadcasters (e.g. RTL, ITV, TF1, Mediaset) have put in place a strategy to integrate high end production activities, with two goals: to better retain exploitation rights for future exploitation on their VOD platforms; and to partly pivot their core business to content production and exploitation, seen as the future core of the audiovisual value chain.

Co-productions, often presented as the right strategy for broadcasters to compete with SVOD platforms, still represent a small minority of high-end fiction projects (16% in 2018, but up from 10% in 2015). Following a pattern created by Scandinavian public broadcasters, which resulted in the success of the ‘Nordic noir’ genre, some broadcasters (e.g. France Télévisions, RAI, ZDF) are switching from the project-by-project co production model to co-production slates, meaning a systematic process to jointly review and co-invest in projects.
Still, it would be premature to conclude that there is a new structure to high-end series production in Europe. Many variations exist between projects. Players are experimenting, broadcasters and SVOD services may compete and co-operate. And the coming wave of additional SVOD services entering the market may again change the landscape.

What role for the producer?

Whatever the outcome of the ongoing changes, the role of the producer is being challenged on several fronts. On the one hand, the increase in co-productions has given the producer the opportunity to design the production financing, retain some of the exploitation rights and therefore benefit in the long term from the success of the show they produced. On the other hand, the investment in high-end TV series by SVOD players represents a new opportunity for production companies: making an immediate profit in certain cases appears more attractive than betting on hypothetical future revenues. However, the 100% funding of certain projects and the associated producer fee, do not necessarily reply to the producer’s need to fund the development of other projects – even those that end up never being produced. And producers may also face the need to bridge the financing before the program is delivered.

A competition for talent?

Producers, distributors and broadcasters are fighting over intellectual properties as much as over talent including creators, showrunners, successful producers and cast. Securing top showrunners and vital talent is necessary to remain in the content battle, which also results in a lack of available professionals. 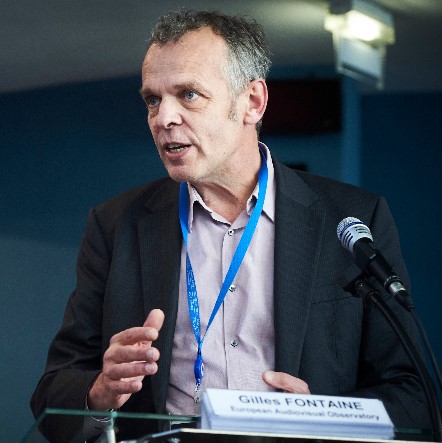 Gilles Fontaine is Head of the Observatory's Department for Market Information. This report was supported by the European Commission. 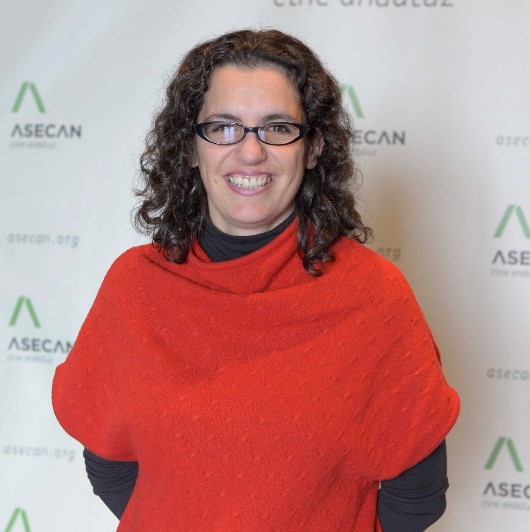 Marta Jiménez Pumares is a European Television and On-demand Audiovisual Markets Analyst working in the Observatory's Department for Market Information.