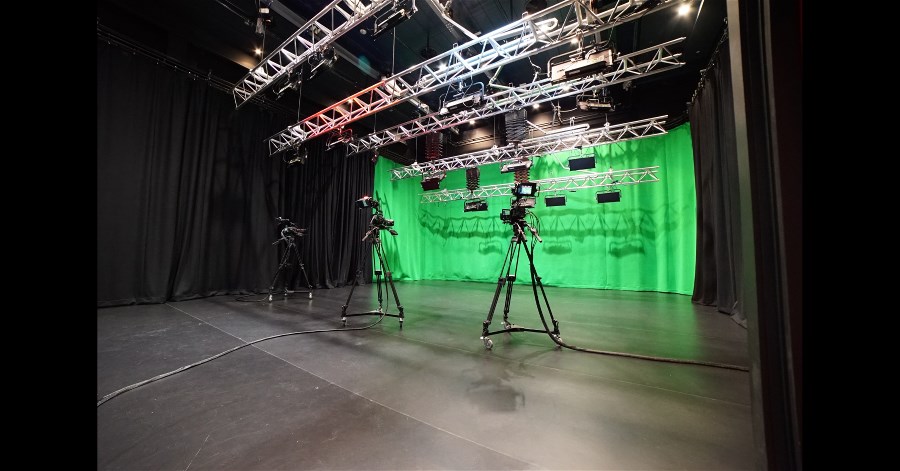 In a race against the clock, a former theatre has been converted into a multifunction space that includes technical facilities for shooting, motion capture, film grading and audio dubbing.

Liverpool, UK, December 20th, 2019 - LIPA, the Liverpool Institute for Performing Arts that was founded in 1995 by lead patron Sir Paul McCartney and Principal Mark Featherstone-Witty, has converted one of its traditional theatres into a multifunction space that is acting as a hub for its new Creative Technologies and Performance course, which launched this year. Acoustic design consultancy White Mark was tasked with overseeing the project that involved building a TV studio, production gallery and sound control area into the existing space, along with motion capture rooms, grading rooms and a5.1 audio dubbing suite. White Mark’s role included working closely with building contractors to ensure that the new facilities were delivered on time and to the highest standard so that they accurately reflect the real world facilities students will encounter when they eventually leave LIPA at the end of their degree courses. 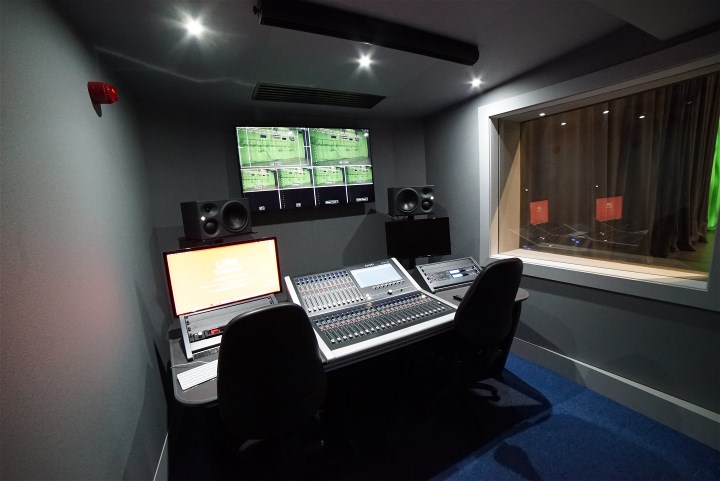 Jon Thornton is Head of Sound Technology at LIPA, says:“This was an incredibly ambitious project, not least because of the timescale involved, which was very tight. For various reasons, the project had a few false starts and it was only when we called in White Mark that we were able to get it back on track. They immediately understood the issues we were facing and were able to draw up new plans to resolve them. They also understood the time constraints and knew we absolutely had to have the main TV studio ready for students to use at the end of September, which was achieved. The remaining facilities were completed throughout the autumn and the entire project is now finished.”

White Mark was chosen for this project on the basis of its long association with LIPA. Renowned acoustician and White Mark director David Bell was conferred the title of LIPA Companion in 2011, but his involvement with LIPA goes back much further –to even before the university was officially opened. 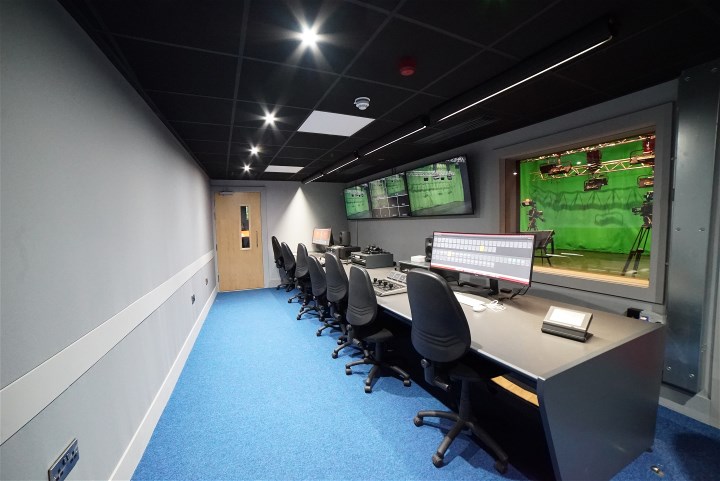 “David was part of the original team involved in the design and build of our six-studio recording complex back in 1995 when LIPA first opened,” Jon Thornton explains. “Since then, he has maintained his links with LIPA, giving generously of his time by visiting at least once a year to deliver guest lectures as part of the Studio Design module taken by students in the final year of their BA (Hons) Sound Technology course.”

Commenting on the project, David Bell says: “Education, within our field of work, is something we feel passionate about. LIPA has been a constant in our lives since its foundation and has become somewhere that we hold very dear. It was an honour to become involved in this project, which has seen us take a very ‘hands on’ approach due to the combination of the short timescale and the exacting standards to which we work. We visited the site every week and liaised closely with LIPA staff as the requirements developed and work progressed at speed. Contractors Aztec have limited previous experience of working on studio facilities but have been superb in ‘buying in’ to what was required. It has been a great team and the quality of the emerging suite of rooms bears strong testament to the commitment of everyone involved.

“Bell adds that it was very satisfying to see students being taught as the first phase opened on time at the beginning of this academic year.”

“It is always exciting to see rooms become functioning spaces and cease to be building projects, but particularly so given how hard everyone has worked over the summer,” he says. LIPA’s new Creative Technologies and Performance Course is part of an ongoing commitment to providing students with the skills they will need for the future. In 2020, LIPA celebrates its 25th anniversary and the entire organisation recognises the need to stay ahead of the curve in terms of the training and facilities LIPA offers.

“Our overarching project is to grow student numbers in areas that support the courses we already run,” Thornton explains. “Film, television, social media and augmented and virtual reality are burgeoning areas that all use video content in very different ways. Our new course will allow students to explore this and to benefit from the skills and expertise we already have on site. Take audio, for example: live bands are increasingly using image projection onto large screens during concerts. Students on our Creative Technologies and Performance Course will be able to explore this alongside students from our Sound Technology courses, who may one day be the live sound engineers of the future. This crossover of skills is very important because the way we are consuming content is changing and we all need to rethink our approach to that. Bringing all these ad hoc skills and requirements into one dedicated space is very exciting.”

LIPA’s new course is headed by Steve Davies, who has a background in broadcast, corporate productions and short form drama. The new facilities are being equipped to the highest standard in terms of audio and video gear and incorporate top industry brand names such as Calrec, Avid and Black Magic.