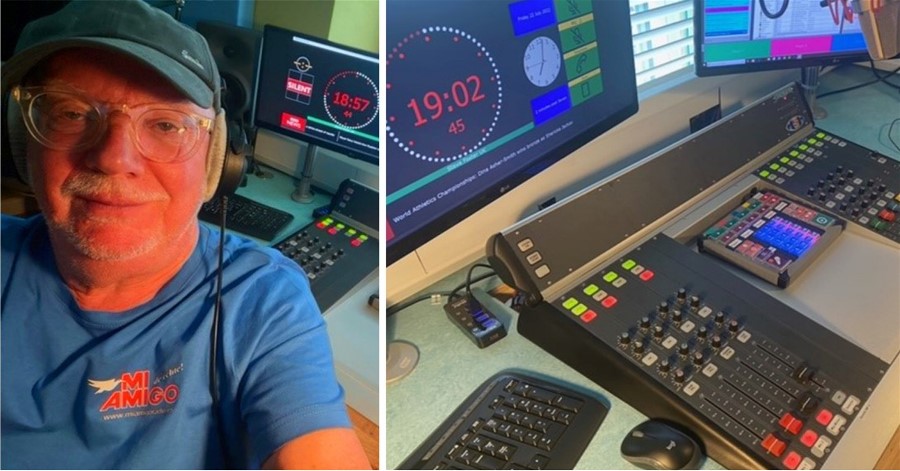 Sonifex S2 mixer has been installed in Steve Foster’s Cornish studio, purchased to replace his faithful Sonifex S1 mixer, which has served him very well over the last four years. During this time it was used for making hundreds of radio programmes, voice overs and jingles and has now made its way to a new home where it will be in service for many more years.

When Stephen decided to upgrade his mixer he considered several other leading brands of newer models. However Stephen had used the S2 extensively at several radio stations and liked the very clear layout, ease of use and set up. Also the sound quality, reliability, build quality and modular aspects of the S2 were attractive, making it easy to upgrade in the future.

After reviewing competing manufacturer’s specifications and end user reviews, Stephen quickly realised that the S2 had everything that he needed, that it was strong and reliable. Stephen spoke to Richard Butlin, Head of Sales at Sonifex, during the purchase process and it became apparent that Sonifex provided excellent aftercare as well being very knowledgeable about their products.

Stephen required that any new mixer would need to be easy to retrofit to his existing studio and would easily integrate with the Myriad software he uses. He also has four Sonifex RedBox products and has found they fit in with the S2 as he needs.

"I feel very confident that the S2 will last me for many years and will continue to be expandable and easy to upgrade as and when new features are developed by Sonifex" said Stephen Foster.

Looking to the future, Stephen has allowed space in the mixer for extra channels. If digital channels were needed, these are also available. The output channels on the S2 are digital as standard.

Stephen concluded: "If you’re looking for a new professional mixer, take a serious look at the S2. It is tried and tested and will continue to give great performance for many years."

Stephen’s S2 has already been used to record a series of music shows for the European radio station Mi Amigo-De Echte and he’s already getting favourable comments regarding the sound quality.

"Sonifex provide excellent aftercare as well being very knowledgeable about their own products".

Click here for more details about the Sonifex S2 Mixer.