Audio of Commentators with AEQ equipment at the 2021 Women's Handball World Cup. The AEQ ALIO audiocodecs were deployed in the venues for all accredited broadcasters using EBU N ACIP Tech 3326 standard.

The XXV Women's Handball World Championship was held in Spain between December 1st and 19th, 2021 under the organization of the International Handball Federation (IHF) and the Royal Spanish Handball Federation. A total of thirty-two national teams from four different confederations competed for the world title.

The Norwegian team won its fourth world title by defeating the French team in the final with a score of 22-29, and in the match for third place the Danish team beat the Spanish team. AEQ IP audio codecs were deployed in all of them to manage and transmit the audio of all the sports commentators who travelled to the venues to narrate the events for their respective audiences. Most of the units were AEQ ALIO equipment. 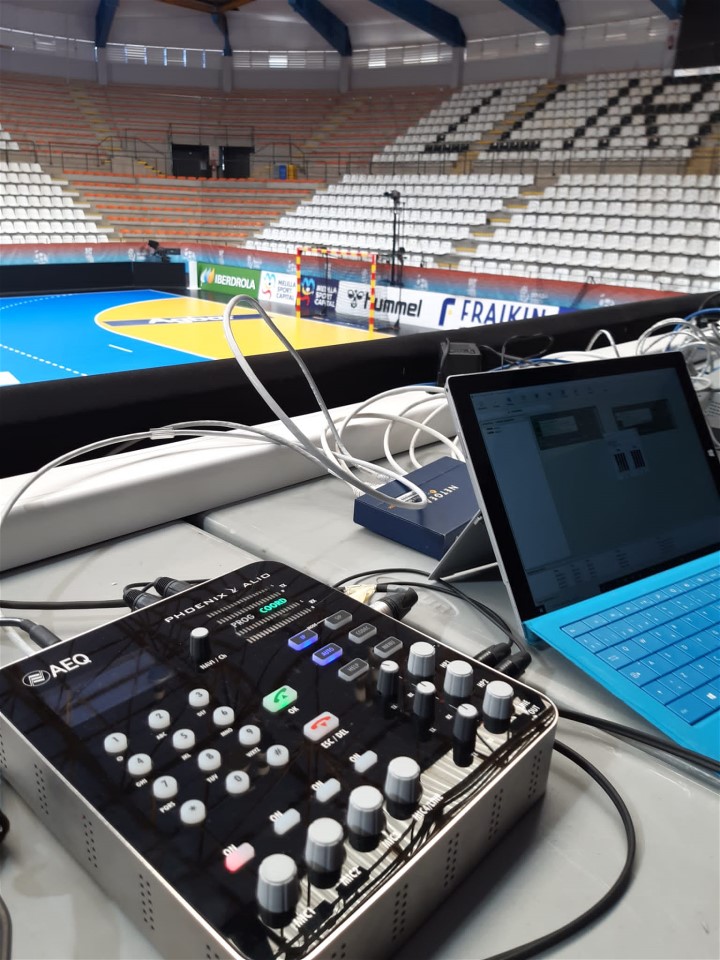 TBS - Telefónica Broadcast Services was responsible for the installation and service to the different radio and television stations in several stadiums.

The AEQ ALIO audiocodec has been specifically designed for sports broadcasts, but has been optimized to make it easy to use in the most varied scenarios, including music events. Its design, compact, and resistant to pressure, shock, and even liquids, is optimized for use outdoors where treatment cannot always be sufficiently careful.

For this type of event, AEQ ALIO has very special features, such as tone control on each channel to adjust the timbre of each commentator's voice, and the dual-channel option to coordinate with a possible operator in the stadium that guarantees the broadcast.

It can be connected to base units from most manufacturers through the SIP communication protocol, in accordance with the EBU standard N ACIP Tech 3326. But if it is connected with an AEQ codec, you can use an exclusive set of tools to help with communication and control of the unit, such as the AEQ CONTROLPHOENIX centralized management software. This control application allows all the equipment on a local network to be discovered in order to control them in a coordinated manner from a PC or group of PCs. Remote equipment can also be controlled via the Internet, thus allowing comprehensive management of the communications network.