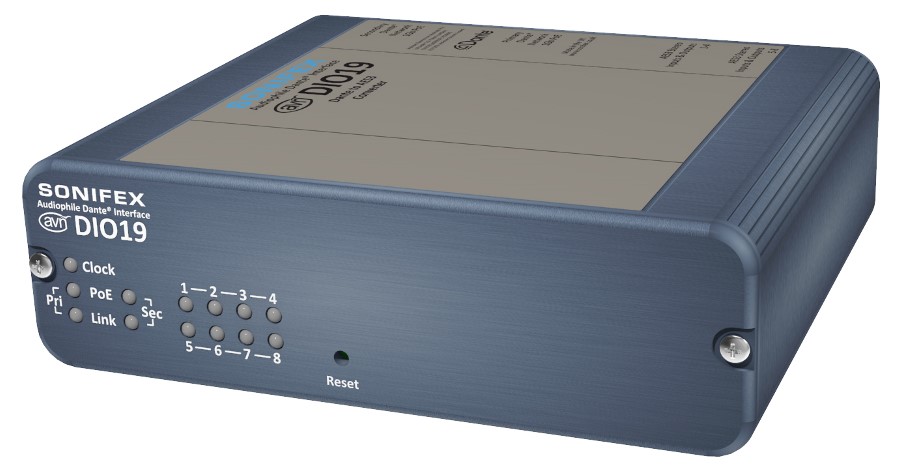 Sonifex are pleased to announce the release of the new AVN-DIO19, Dante® to AES3 16 Channel I/O Converter.

The AVN-DIO19 sits alongside the existing AVN-AESIO8/R products, providing similar functionality but in a smaller form factor, allowing 3 of them to be mounted in a 1U rack-space. 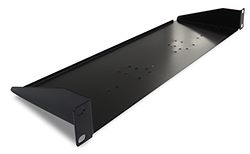 The AVN-DIO19 is available in August 2021 and is supplied with a belt-clip, shoulder strap hooks (but not the strap) and an under desk mounting plate. Up to 3 of the AVN-DIO19 units can be rackmount in the 1U AVN-DIORK.