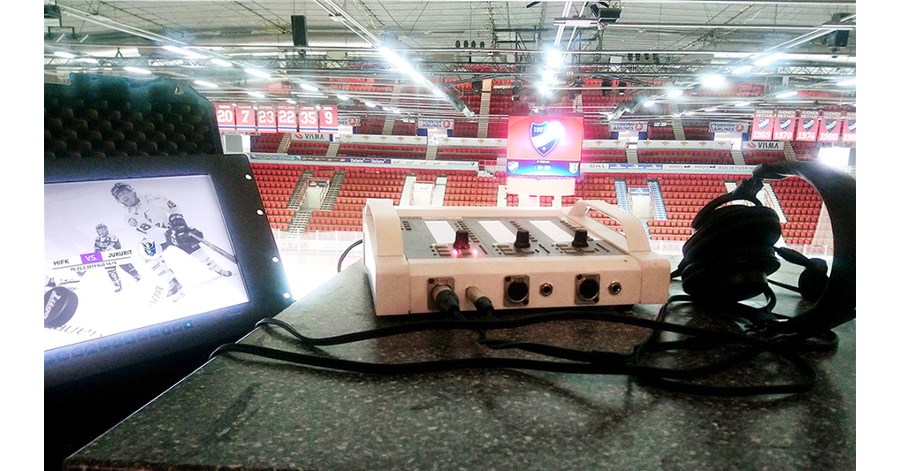 In December 2017 Streamteam Nordic Oy was commissioned to produce match coverage for the Finnish Ice Hockey Elite League, SM-liiga, for the telecommunications service provider Telia. Telia is the rights holder for SM-liiga in Finland for six consecutive years, starting from the 2018-2019 season.

Streamteam proposed remote production for competition, which drastically reduces the amount of equipment and the number of staff needed on site, thus reducing costs and optimizing the use of production resources.

Streamteam selected Broadcast Solutions to provide the necessary infrastructure and the solution was taken into operation in the middle of September 2018 and in time for the start of the 2018-2019 hockey season. The system is based on IP and real-time Audio and Video signals are channelled to and from ice-hockey stadiums around the country and the central production facilities in Helsinki.

The remote production is a quite complex operation and involves Workflow integration for equipment from a myriad of different manufacturers.

The Studios in Helsinki have eight transmission galleries, a virtual studio, and a 5.1 surround-capable audio control room equipped with a Digital Audio Mixer with a combination of analogue, digital and Dante AoIP cards and Genelec Audio monitoring. 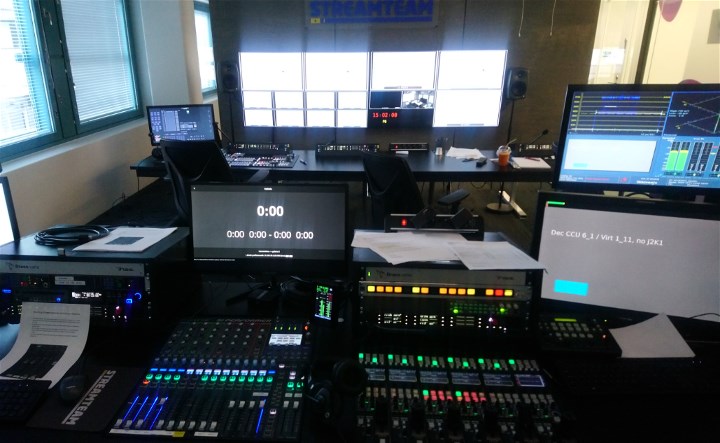 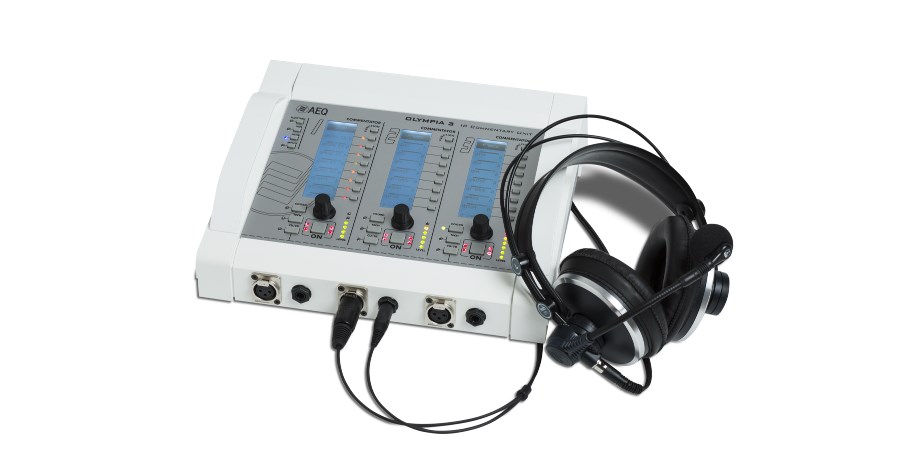 The Dante enabled AEQ commentary units are deployed with the Mobile Units at each arena on match day. The original plan also involved 6 Off-tube commentary booths, but talent and guests are more in favour of the local action, so for the time being, all the Olympia 3 Commentary Units are part of the local Ice-hockey stadium set-up on every match-day.

As already mentioned, Streamteam use Audinate Dante AoIP technology, including Dante Domain Manager, to interconnect all the audio equipment as well as provide the long distance audio tie lines for the remote sites through 1GB Ethernet WAN connections provided by Telia. These tie lines are the audio streams corresponding to each commentator/guest microphone, and in the other direction, the return feeds such as IS, orders, technical feedback and guides. Dante tie lines also carry the ambience microphones and all other audio sources that are part of the 5.1 audio productions for the matches.

Telia will be covering 450 ice hockey games every season, with the Helsinki production facility serving as a hub that’s linked to 14 venues across the country.

At any given time, the production hub can broadcast from seven locations across the country simultaneously. Telia broadcast all matches in Telia TV, IPTV and media box, cable television, and mobile, tablet and PC.