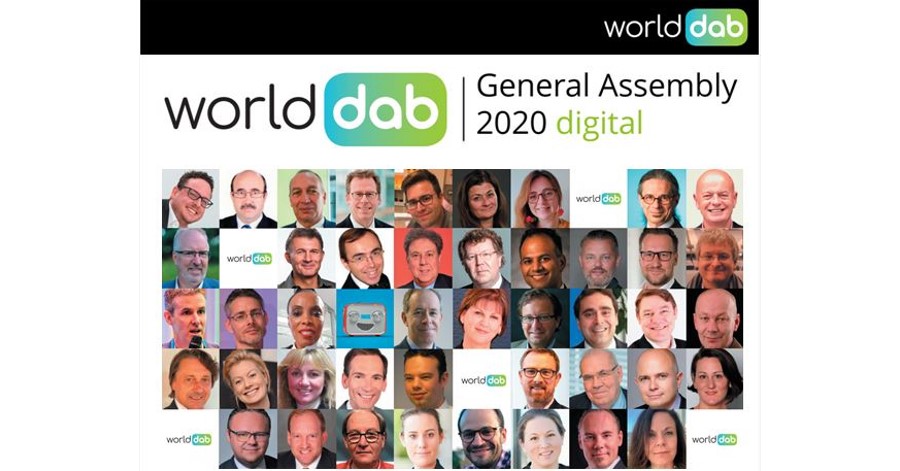 The WorldDAB General Assembly 2020 took place yesterday, marking the first time the event dedicated to DAB digital radio was held virtually. The conference attracted some 200 attendees, and featured over 50 speakers delivering the latest news and developments on DAB+ from around the globe.

For those of you that weren't able to tune in yesterday, scroll down to read the key insights from the event, get the latest information on DAB+, and find out how to view all the presentations from the General Assembly 2020.

WorldDAB President Patrick Hannon gave an update on the key DAB+ developments in Europe, Asia, Africa and the Middle East, highlighting three of the organisation's priorities - providing clear messages about the benefits of DAB+; ensuring DAB+ is included in automotive and consumer receivers; and driving DAB+ adoption across new markets.

A session dedicated to the energy consumption and distribution of DAB+ generated significant interest and several questions, as the BBC presented their recent study indicating that DAB has the lowest energy footprint per device per hour compared to AM, FM, DTV and IP.

Interesting DAB+ network case studies were given for a national rollout (Germany), regional (Australia) and local or community radio (UK), while 5G's potential to support radio was also considered in a presentation from the EBU.

We took a closer at the rollout status of DAB+ across a number of key markets. In Germany, a second national multiplex reaching 83% of the population has just launched, offering more choice for listeners and increased opportunities for advertisers.

Switzerland has confirmed its plans to switch off analogue services, starting with public broadcaster SRG SSR in summer 2022, followed by private stations by January 2023 - stakeholders are now working together to get everyone on board through cross-platform marketing campaigns featuring Dabsy, DAB's national mascot.

France has confirmed its plans to launch national DAB+ in 2021 - 100 years after its first ever radio emissions. Regional launches across the country will continue alongside the national rollout, starting with Bordeaux and Toulouse in the south of the country.

In the UK, DAB stations have continued to launch throughout the lockdown. Digital listening now accounts for 60% of all listening - 70% of which is on DAB, and a Digital Radio and Audio Review will help assess consumer habits and support radio in the wider audio market.

In the Czech Republic, coverage now reaches 95% of the population, and public broadcaster Czech Radio has announced the phasing out of long and medium-wave transmissions starting from 2021. In Italy, all receivers sold from January 2020 onwards are required to include digital capabilities, and DAB+ consumer sales almost tripled in the first half of 2020.

In the Africa and the Middle East, Tunisia is working on tax exemption for DAB+ receivers starting from 2021. In South Africa, a draft regulation for the licensing of digital radio is expected to be published by March 2021. In Australia, commercial broadcasters are successfully monetising DAB+ by offering advertisers a wider audience and greater reach.

A whole session was dedicated to DAB+ in the car, and highlighted some of the countries that have already introduced national laws mirroring the EECC, including Germany, the UK, Italy, Hungary, Greece, Cyprus and Malta.

As highlighted by Google during the session, radio continues to be one of the most used media applications in cars, but with growing interest and competition in the space of infotainment systems, its position in the dashboard needs to be reinforced, and broadcasters can help achieve that through appealing visual content in the form of metadata.

In case you missed the WorldDAB General Assembly, you can catch up right now as all the presentations from all the sessions are available to watch on the WorldDAB YouTube channel.

Congratulations to Francis Goffin, who received the WorldDAB Award for Oustanding Service as part of the General Assembly! A true champion of DAB+, since 2011, Francis has dedicated his efforts to help bring together Belgium’s French-speaking radio industry and facilitate a digital distribution of radio, with DAB+ at the heart of a multiplatform hybrid strategy. 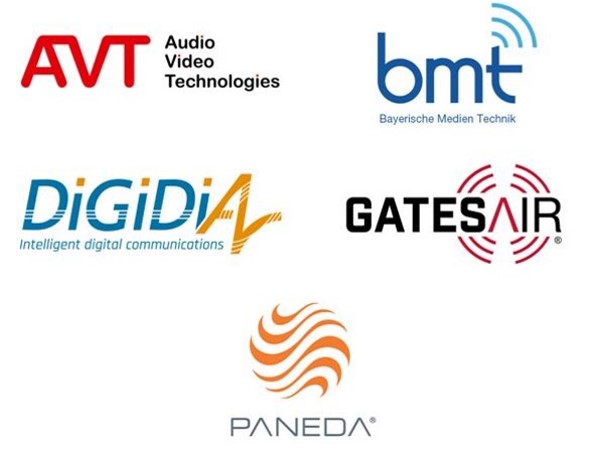