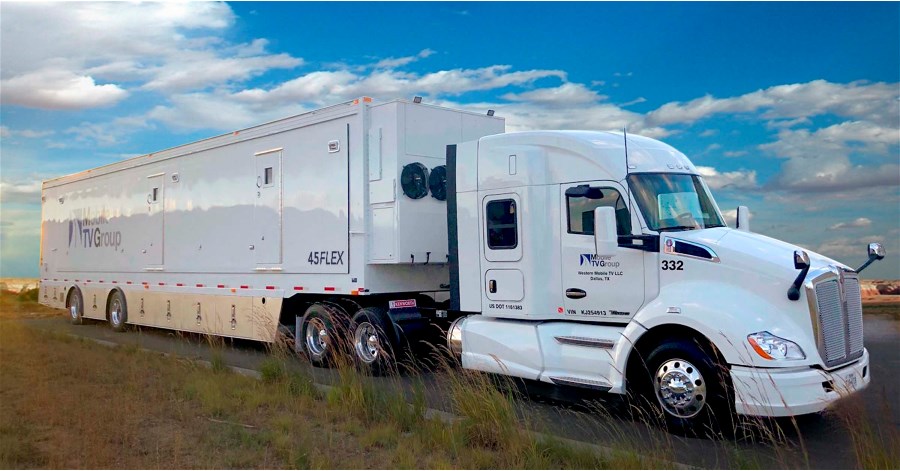 Liège, Belgium, April 2, 2019 - Mobile TV Group, a leading live production facilities provider, is using EVS’ latest technology to power its new 45 Flex truck. Due to be officially unveiled at the 2019 NAB Show, where it will be on display on outdoor booth OE2000, 45 Flex is described as the industry’s first end-to-end SMPTE 2110 uncompressed IP-based mobile production unit. Among its IP interconnected infrastructure are four EVS XT-VIA and one XS-VIA live production servers.
EVS’ XT-VIA production servers will be used to replay, edit and produce all content on 45 Flex. They benefit from enhanced live IP support of industry tech stack standards like ST2110 and NMOS, support multiple video formats including UHD-4K, 1080p and HDR, and can even upscale 1080p content to UHD-4K for playout. Along with the XS-VIA, which is used to record multiple audio and video feeds, as well as provide instant control and multiple channels of playback operations, the XT-VIA servers are linked to EVS’ next-generation ethernet media sharing network, XNet-VIA. This is also being introduced at NAB and will enable LSM replay operators to share content three-times faster than a traditional truck.

By interconnecting the servers to XNet-VIA, operators will benefit from faster transfers via the 10Gbps bi-directional ethernet-based network that is optimized for high-resolution formats and super motion content. The network is quick and simple to deploy, taking the complexity associated with IP away, as it handles discovery and IP address assignments automatically.

Operators within 45 Flex will also benefit from the deployment of EVS' XFile3 live archive systems, which provide the fastest way to move, exchange and transcode media files during production.

Philip Garvin, Founder and CEO of Mobile TV Group, said of the new 45 Flex: “It was designed by our in-house engineering and technical departments to provide a highly scalable, flexible and future-ready solution to our customers. It offers the extra capabilities that IP can bring, but has the same feel as our existing fleet of Flex baseband mobile units. To avoid the need for IP gateways and reduce the pressure on the on-site engineering teams, we worked closely with leading IP-based equipment manufacturers, including EVS to ensure that every component was fully functional and able to communicate with each other.” 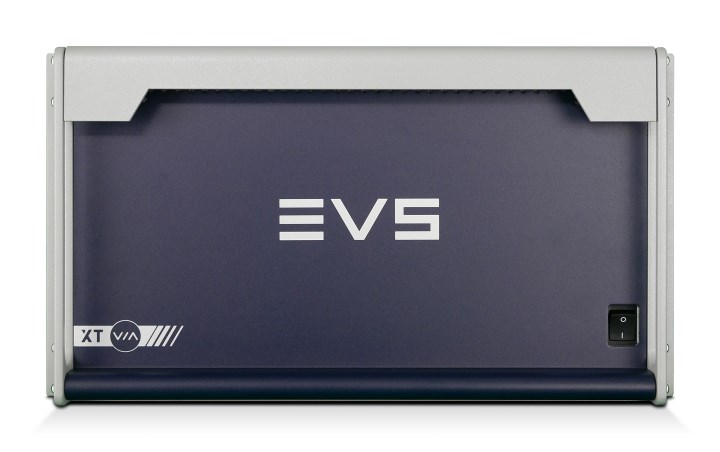 EVS’ Quentin Grutman, SVP, The Americas said: “Mobile TV Group has been a long-time customer of ours, using our SDTI network as its live production backbone for many years to share content, provide efficient archive and transcode media on the fly. Now, recognizing the potential of our latest technology, Mobile TV Group has turned to EVS’ XT-VIA to increase its 1080p and UHD-4K operations, provide trusted IP connectivity of open standards like SMPTE 2110, PTP and NMOS and empower the new networking flexibility that XNet-VIA brings.”

XNet-VIA, which is quick and simple to deploy through EVS’ new XHub-VIA network appliance, will be introduced at the 2019 NAB Show during an event for customers and press on Monday, April 8, at 4pm on EVS’ booth (SL3816). This will also mark the beginning of EVS’ 25th anniversary festivities. Throughout the show, visitors to the EVS booth can learn more about its extensive line-up of industry-leading technology to connect creative teams, reduce technical demands, and enable efficient live production workflows in any environment.