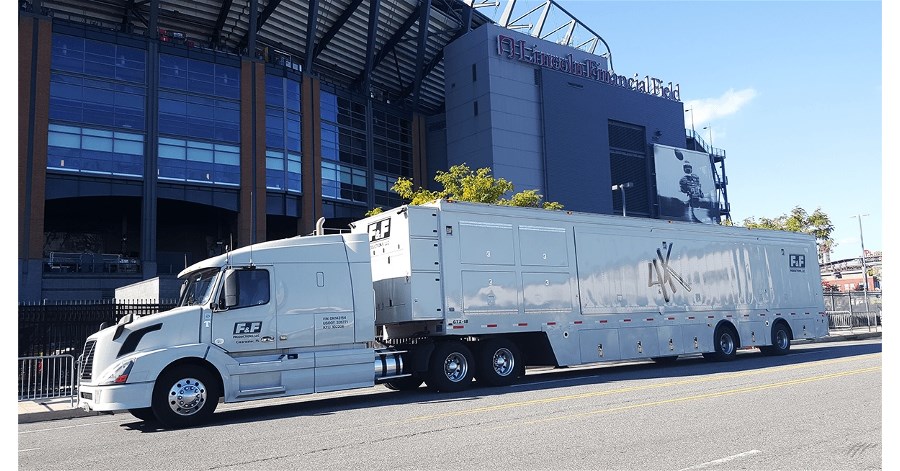 Las Vegas, NAB Show, April 9, 2019 - F&F Productions, a leading provider of mobile facilities throughout North America, has selected EVS’ latest VIA technology as it continues its push into the production of Full HD 1080p and UHD-4K HDR content. The Florida-based facilities specialist is equipping three of its signature GTX series mobile units with the latest EVS XT-VIA and XS-VIA production servers and the newly announced XNet-VIA ethernet-based live media sharing network. The futureproofed deployment means that the units can also be transitioned to IP at a later date, with the VIA-based solutions already benefitting from enhanced live IP support of industry tech stack standards like ST2110 and NMOS. 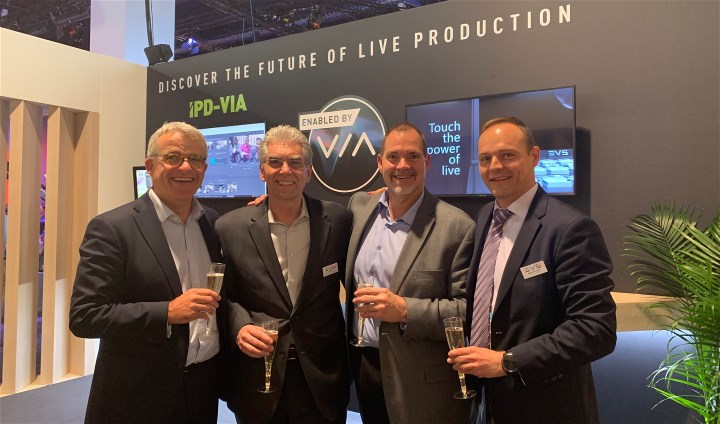 As part of the deal, which was agreed at the 2019 NAB Show, F&F Productions will also upgrade its existing fleet of EVS live production servers to the latest Multicam 16.00 operating system. This will significantly increase the internal bandwidth of one of the largest inventories of XT series servers in North America, enabling F&F Productions to deliver expanded capabilities and meet the demands of live productions in higher resolutions.
This important investment gives F&F Productions more capacity and greater flexibility to produce content in multiple formats including Full HD 1080p, UHD-4K and HDR, as well as enabling the upscaling of 1080p content to UHD-4K for playout. The XT-VIA servers will be used to replay, edit and produce all content going into the mobile units, while the XS-VIA servers record multiple audio and video feeds, and providing instant control and multiple channels of playback operations. They are all linked to XNet-VIA, which gives the LSM operators in the three EVS VIA-powered GTX mobile units three times the bandwidth of EVS’ legacy SDTI-based network. This will allow them to move high-resolution recorded media between the XT-VIA and XS-VIA production servers at greater speeds.

Marc Orgera, Vice President & General Manager of F&F Productions said: “As demand for UHD-4K HDR content grows, it’s important that we are able to provide proven, flexible solutions that can produce multiple formats to meet our customers’ ever-changing needs. By expanding and upgrading our extensive EVS fleet, we now have greater capacity and speed, meaning we can deliver more. The new VIA-platform based products that we’re investing in also give us the option to transition the units to IP when we decide that the time is right.”

EVS’ Quentin Grutman, SVP, The Americas added: “We’re seeing real momentum building for delivering productions in higher resolutions and our customers are recognizing the potential of our VIA suite of products as the best way to address the new demands that they face when dealing with UHD-4K, 1080p and HDR, as well as IP-based workflows. Having a facilities provider like F&F Productions commit to our latest technology shows we are central to the growth of this movement.”

The XT-VIA and XS-VIA production servers, as well as XNet-VIA and a range of EVS’ other industry-leading technology that connects creative teams, reduces technical demands, and enables efficient live production workflows in any environment will be on display on EVS’ booth (SL3816) throughout the 2019 NAB Show.