PIRATES OF THE AEGEAN - Title of the 3rd Episode: Fire in the Cyclades. 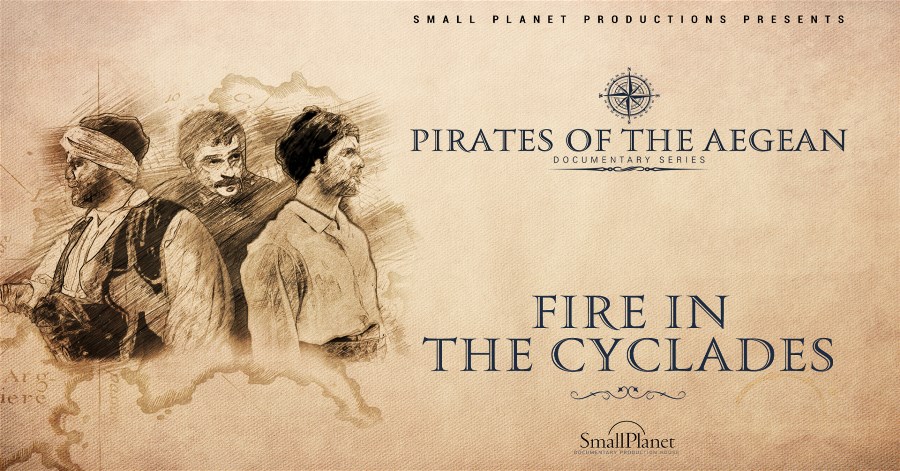 From the Caribbean to the Indian Ocean, the 17th century is regarded as the golden age of piracy. 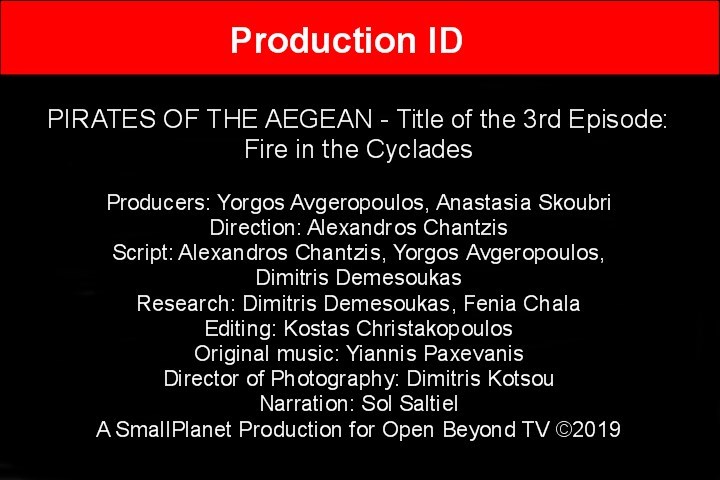 The Eastern Mediterranean is ablaze due to the long-lasting Venetian-Ottoman wars, leaving the sea-ways unguarded. Pirates and corsairs of all nationalities seize the opportunity provided.

Greeks, British, French, Italians, Dutch, Berbers and Ottomans find an ideal hideout in the Cycladic islands, in the heart of the Aegean. Coming from all corners of the Mediterranean, their routes converge on Milos island, which becomes the centre of piracy. This is where they over-winter, distribute their booty, sell slaves at the slave markets, get married and confess their sins to the island’s priests. Travellers of the time speak of “a debauched morality”. The island's economy booms to such an extent that the French, Dutch and British establish consulates there.
Three of the greatest pirates will operate in the Cyclades, leaving an indelible mark on the Aegean: Ioannis Kapsis who conquers Milos and crowns himself as its king, Giovanni de lo Cavo who liberates Anafi and guarantees the safety of its inhabitants, and Stathis Romanos Manetas whose dramatic story was immortalized in song, keeping his memory alive to this day.

See the Image Gallery with more than 20 images from the Production.