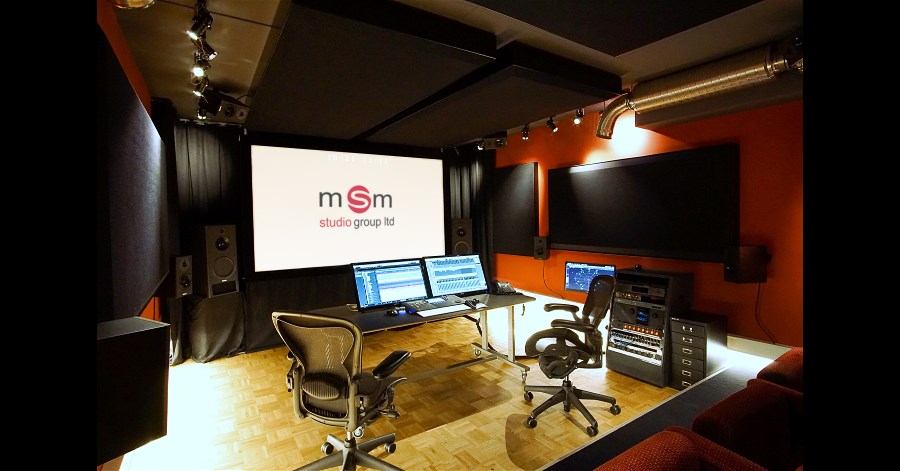 The quality of PMC’s monitoring makes it ideal for the new Dolby Atmos Music format, which gives consumers an immersive audio experience.

Biggleswade, UK: June 6th 2019 - MSM Studio Group in Munich has chosen PMC monitoring for its brand new Dolby Atmos studio, which is now being used to mix and master projects in this exciting immersive audio format, primarily for release on Pure Audio Blu-ray.

The system installed at MSM Studios exceeds the required specifications for Dolby Atmos certification and includes a 9.1.4 loudspeaker set up consisting of PMC IB2S (Left, Center, Right) and DB1 (Surround and Height), as well as three PMC SB100 subwoofers. The control room includes HD film projection and was calibrated by internationally renowned acoustician Jochen Veith, of JV Acoustics, to provide a transparent and homogeneous soundstage for all musical challenges.

"We want to face the challenge of Dolby Atmos with the necessary seriousness, professionalism and the highest quality standards,” he explains. “Our customers can rely on the fact that they will find a defined playback situation in our studio – and one that is based on exceptional monitoring from PMC. Furthermore, the end consumer can be sure that the Blu-ray audio they hear at home is exactly what we mixed in the studio.”

Known for decades for high quality media productions, MSM Studios sees great potential in media on demand services that create and broadcast sophisticated TV productions with a Dolby Atmos stream. Bock believes that the number of music productions published on Pure Audio Blu-ray containing a Dolby Atmos mix will also rise, and this is a key reason why MSM Studios group is specializing in this high data rate format that can be played on any standard Blu-ray player and can store up to 50GB of sound, video and multimedia content.

Bock recently worked with PMC to create a Pure Blu-ray version of tracks from Miles Davis’ 1959 jazz album Kind of Blue and 1960 Sketches of Spain, which had been remixed into Dolby Atmos at Capitol Studios in Los Angeles. The tracks were then used by PMC to demo its HiFi speakers at the 2019 High End show in Munich last month.

“Blu-ray authoring is part of MSM Studio's service portfolio, and test Blu-rays can be created at any time to check and evaluate the final audiovisual experience,” Bock says. "We can listen to the Blu-ray under controlled conditions. Apart from that, we have a consumer system and a sound bar, so we can simulate at home listening situations.”

MSM Studios has now produced and mastered over 30 Pure Blu-ray musicprojects containing a Dolby Atmos stream. These have been released worldwide an include Peter Maffay’s MTV Unplugged, Sarah Brightman’s Hymn – Live in Concert and Beethoven 9 Symphonies - The 1977 Recordings, which was recorded by the Berliner Philharmoniker and Herbert von Karajan for Deutsche Grammophon.

It’s Back! Global Remix Battle II Powered by PMC Reopens on May 30th 2019.

Steinberg Unveiled Nuendo 10.
back to top