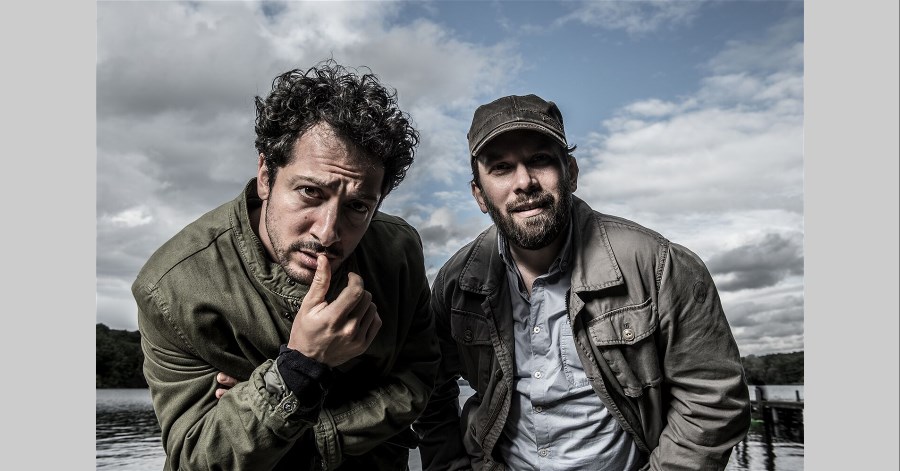 Potsdam, Germany, May 29, 2019 - Filmed in an improvisational-meets-scripted style, jerks. is a German comedy series that follows two friends who find themselves in often precarious, albeit hysterical, situations. With this unique format, Production Sound Mixer Philipp Sehling relies heavily on the signal range afforded by his Wisycom transmitters and receivers.
Sehling works with leading Berlin-based rental house Kortwich Film-Ton-Technik to find the gear best-suited for the needs of the productions on which he is working. For instance, with jerks., Sehling selected Wisycom’s MTP40S and MTP41S Wideband Bodypack Transmitters, along with the MPR30 Wideband Receivers and MCR42S Dual True Diversity UHF Miniature Camera Receivers.

“Kortwich began adding Wisycom to its equipment list and recommended the company to me,” says Sehling. “I tested the transmitters first on some traditional projects, such as [another German series] Jenny – echt gerecht, and had very good results. The Wisycom gear has the best RF range and coordination that I’ve encountered, so it’s perfect for field productions. It is in very high demand at the rental house, but I try to always use it when I can.”

Owing to the unscripted nature of jerks., Director Christian Ulmen, who happens to also star as the main character, prefers to use an improvised script with each take and, therefore never knows for certain what will appear in the final edit. Ulmen hates using ADR and, because of this, Sehling and his team have to make sure they’re capturing anything and everything that could possibly be used in the final, edited episode.

“As all the dialogue for the show is improvised on the spot, Christian [Ulmen] feels that he would lose a lot of the original feeling in the scene if he had to replace dialogue in post,” explains Sehling. “Instead, he reviews all of the takes to find the best story that he can weave from the improvisational cuts. If I do not capture a line or a word, he will not include it in the scene, so I go to great lengths to get as much clean audio for him as possible.”

For Sehling, it’s not just the director’s filming and acting techniques that need to be considered with his audio work. “jerks. is a very fast-paced production and I don’t have time to worry about anything other than getting good audio,” he continues. “With Wisycom, I know that the exceptional RF range will ensure a perfect capture, every time. It always amazes me how much range I can get with them. Wisycom’s implementation into the Sound Devices SL-6 and 688 allows me to comfortably manage everything in one system, which means there’s no fussing to get all my equipment in order while we’re shooting.”

Now in its third season, jerks. follows Ulmen and his friend and fellow actor Fahri Yardmin, as well as their many friends. It is filmed on-location in Potsdam, Germany and produced by Talpa Germany Fiction, in partnership with Maxdome and German TV network ProSieben. For more information about the show can be found online by clicking visiting the ProSieben website.
Sehling is a freelance production sound mixer in the German TV and film industry. In addition to his work on jerks. and Jenny: echt gerecht, Sehling has also worked on the TV documentary Fallada – im Rausch des Schreibens, on the TV series Milk & Honey and on commercials for McDonalds, SAP and Deutsche Post.

Wisycom unveils MPR50-IFB True-Diversity Receiver at NAB 2019.
back to top