Recording Dialogue Underwater Is Not Impossible With DPA Microphones. 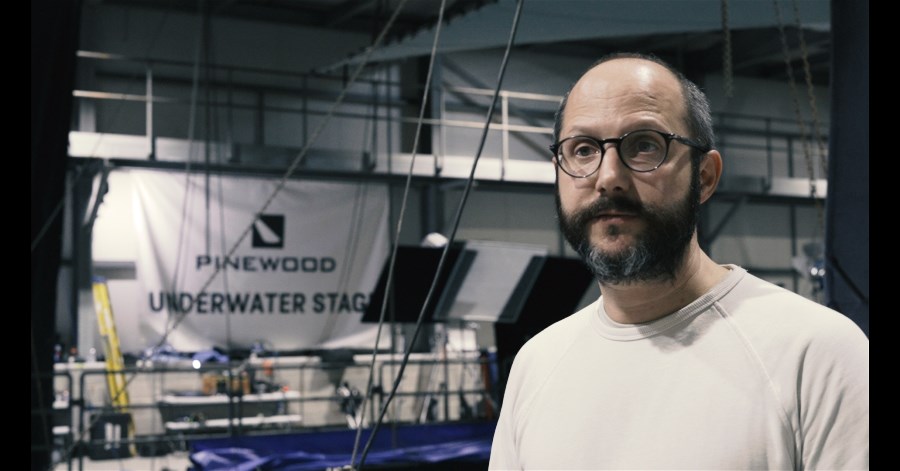 The company’s new d:screet CORE Miniature Microphones coped so well inside a full face diving mask that some of the dialogue recorded was good enough to be used in a feature film.

Alleroed, Denmark, April 2019 - Working with sound underwater is never going to be easy but thanks to the improvements in audio quality delivered by DPA’s new ‘CORE by DPA’ amplifier technology, film and TV sound mixer Ivor Talbot was able to overcome a multitude of communication issues that might otherwise have caused problems on his most recent film project.

Talbot, who has worked on many prestigious films including Fantastic Beasts and Where to Find Them, and The Woman in Black, discovered the advantages of ‘CORE by DPA’ while working on 47 Meters Down – Uncaged, an action movie involving sharks that was mainly shot in a water tank at Pinewood Studios.

As a firm fan of DPA microphones, Talbot already owns a selection of the company’s d:screet™ 4061 Miniature Omnidirectional Microphones that he always uses as lavalier mics. However, for this project DPA’s UK distributor Sound Network suggested trying d:screet CORE 4071 Miniature Omnidirectional Microphones with Presence Boost. Microphones with the ‘CORE by DPA’ technology deliver a clearer and more open sound across the entire frequency spectrum. The water and moisture resistance has also been improved, thanks to nano coating and hermetic sealing of the sensitive electronics – a useful feature when you are planning to mount them inside a full faced diving mask.

“Getting the right microphones was crucial on this film because they were providing a means of communication, which was just as important as trying to record the actor’s dialogue,” Talbot explains. “We had four or five actors in the water tank and they all needed to communicate with each other as well as with the director and dive coordinator above water. I spent a couple of days testing different microphones and found that most systems were not clear enough and couldn’t cope with the air pressure inside the mask. In fact, they were so hard to listen to that it became physically painful.”

In contrast, the sound delivered by d:screet CORE 4071 microphones was very clear and made it possible for everyone to hear each other perfectly.

“The CORE by DPA technology made a massive difference to the sound quality,” Talbot say. “From a communications point of view they delivered clean, consistent sound and what really surprised me was that we also managed to record some useable dialogue. I certainly wasn’t expecting that. Their low sensitivity and ability to deal with air pressure made them very suitable to underwater work and they even made the oxygen tank regulator and bubbles sound better.”

The tiny size of DPA’s d:screet microphone range was also an advantage because Ivor Talbot was able to position them inside the actors’ diving masks without them being seen. 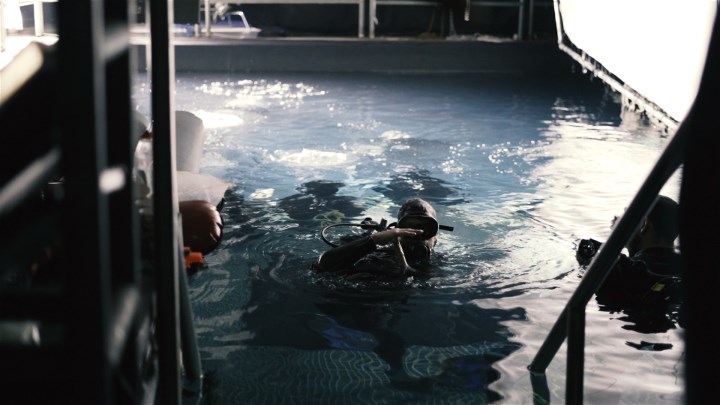 “I was told from the outset that the director didn’t want to see a microphone – he wanted them hidden away so that they didn’t obstruct the actors’ faces and as low down as possible so that they didn’t cover the actors’ mouths,” Talbot says. “When you are wearing a diver’s face mask there isn’t a lot of space for anything else. There was literally one porthole on one side of the mask in which we could put a microphone and luckily the d:screet mics were small enough to fit.”

Directed by Johannes Roberts and starring Sophie Nélisse, Brec Bassinger, Corinne Foxx, Sistine Rose Stallone and Brianne Tju, 47 Meters Down – Uncaged tells the story of four teenager divers who decide to explore a ruined underwater city. Their adventure quickly turns to horror when they discover that they are sharing a claustrophobic labyrinth of submerged caves with the deadliest shark species in the ocean. The film is a sequel to the 2017 movie, 47 Meters Down, which grossed over $61 million worldwide. 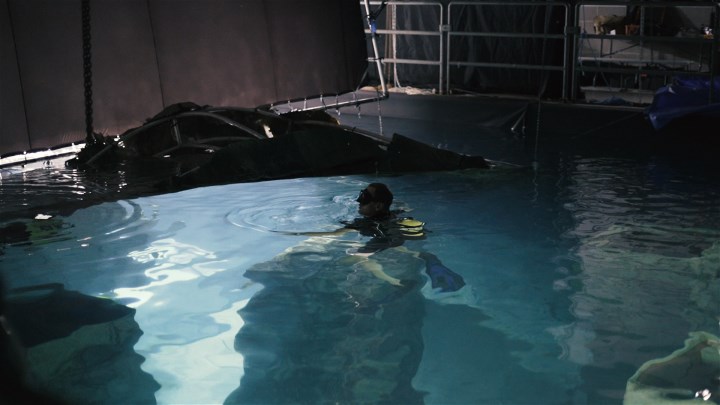 During filming, Ivor Talbot used his own d:screet 4061 Omnidirectional Miniature Microphones to capture dialogue when the actors were on dry land. But his positive experience with CORE by DPA technology has inspired him to upgrade all his DPA lavaliers.

“I was so impressed that I’ve ordered a whole load of new d:screet microphones – this time all with CORE amplification,” he says.