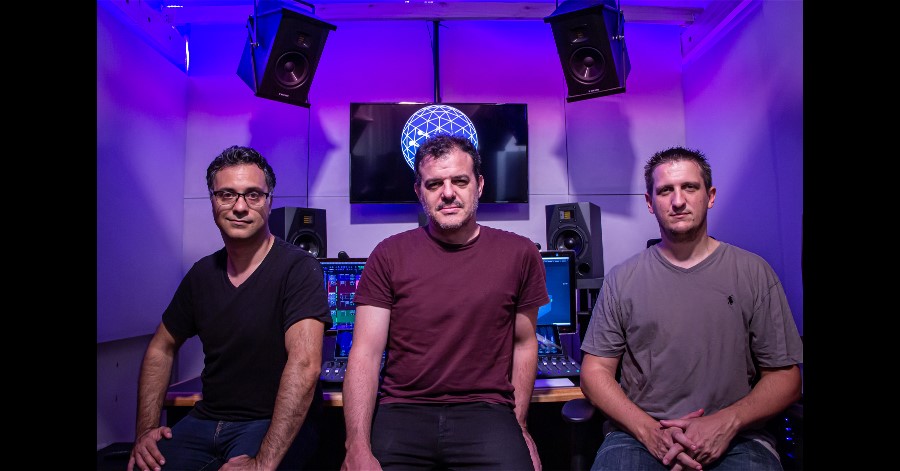 “About five years ago, I began studying and researching immersive sound,” says Richard. “Then, last year, I saw a huge shift in the industry to immersive audio and I decided to dive right into making that my focus. Ivan and Francisco, whom I’ve known for about two decades, joined me on the journey. Even through the heart of the pandemic, we worked hard on designing and building our studio, and we’re glad to finally have a completed space.”

As longtime NUGEN Audio users, the IAS team first became familiar with the company about 10 years ago, through its MasterCheck mastering software. With the launch of IAS, the team has since added the Halo Upmix and Paragon plug-ins, which are ideal for immersive sound projects. “IAS combines all of our strengths into one comprehensive studio,” adds Markovic. “Most specifically, Francisco and I both come from a post-production background, so we gained a lot of familiarity with NUGEN plug-ins – such as the Loudness Toolkit. When we switched from multi-channel to immersive mixing, which is another level creatively, we found that NUGEN was also diving into this technology. With immersive sound being such an important, forward-looking format, it was very important for us to have tools that truly focus on innovation and technology.”

Also a lecturer at Berklee in Valencia, Spain, Richard has long had his pulse on the latest and greatest tools. “As we began researching what we would need for the studio, we noticed that there were not a lot of plug-ins that were designed specifically for immersive sound,” he says. “We needed something that would offer upmixing and downmixing to make the projects work and, we came to find that NUGEN was one of the only brands that offered this. As a longtime NUGEN user, it was easy for me to jump right into using these immersive plug-ins. The user interface is as straightforward as the brand’s other solutions, so I was able to just open the software and start digging in.” 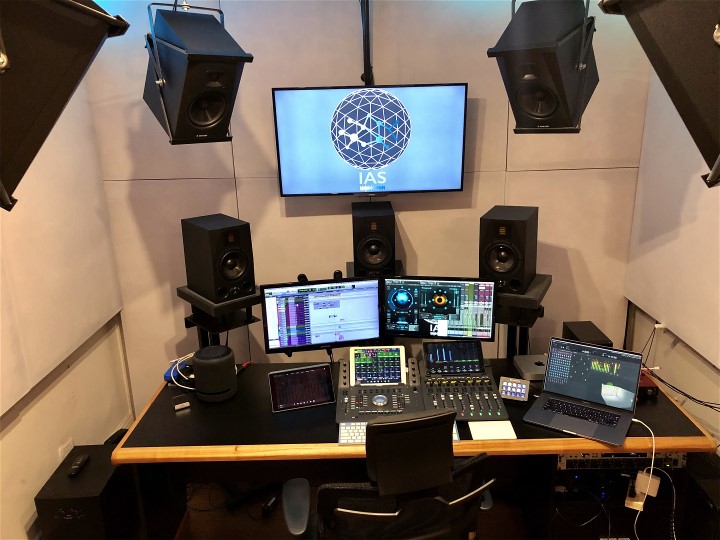 While the IAS team was hard at work on the design and build of the studio, NUGEN was also brewing up something that would further benefit their immersive sound objective. “When the opportunity arose to implement the NUGEN Audio Paragon 3D-compatible true convolution reverb into our toolkit, we knew it would be the perfect solution for our immersive sound projects,” says Markovic.

“One thing that I learned with Paragon is that you can use it not only as an immersive reverb, but also as a creative tool, and I think that’s very important in our line of work,” adds Richard. “It’s very obvious that NUGEN has put a lot of time and effort into creating plug-ins that benefit the creativity of mixing and mastering engineers. The manuals are also very easy to understand – you don’t have to read through 400 pages just to understand what they do. It’s very simple, which I love. You can run your audio through Paragon and it works inside the mix, which makes the workflow faster and allows you to apply your ideas very quickly. I think that’s key.”

When it comes to immersive sound mixes, Markovic says he uses Halo Upmix very frequently. “It’s a great tool that complements Paragon very well,” he says. “With Upmix, you can turn mono or stereo sources into immersive files and, similar to Paragon, it is also great for panning. One of the best things about incorporating Halo Upmix into a film project is the impact it has on ambience or background audio, which usually comes in as stereo or mono files. Now, with Halo Upmix and Paragon, you can upmix that to bring it into surround, and then use the Paragon IR library to create this incredibly wide, immersive sound. It's very important to create an atmosphere in an immersive sound project and Halo Upmix and Paragon allow you to create a feeling of a space all around you.”

Richard adds that it’s not only the mixers who benefit from NUGEN. “There is a clear benefit to the at-home listener experience,” he explains. “Many times, content is being watched on mobile devices and listened to through headphones and it’s often very difficult for software to recreate the same experience. The Upmix algorithms translate to headphones in a very accurate and real way. That has been an especially useful feature as we’ve been mixing and creating throughout the pandemic. It has allowed us to work from home using headphones, and then take the project into the studio, where there are 12 speakers, and still have the same level of accuracy in our surround. I think that is very vital to what we do.”