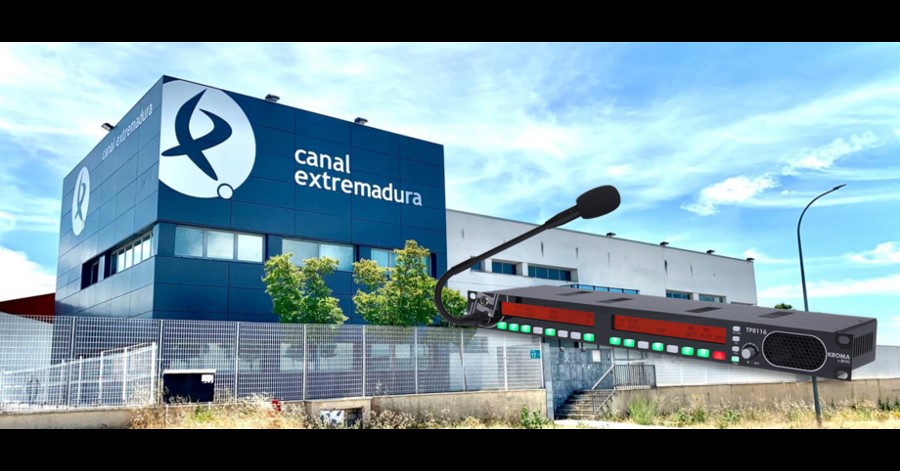 They have updated their old Kroma Intercom System by insatalling a new AEQ Conexia Matrix adding Virtual and IP user panels, and audiocodecs.

Canal Extremadura Televisión is the public regional TV channel of Extremadura (Spain). It was founded in 2005 and the headquarters are located in Mérida, the region’s capital. They also have local production facilities in other two cities Cáceres and Badajoz.

The system features full redundancy with Conexia intercom super-controllers, BC2240 mirrored frame controllers and dual power supplies. All this is integrated to build a fail-over system that is seamlessly able to overcome failures in any critical part of the system. This is one of the most important AEQ equipment features: flexibility and reliability. 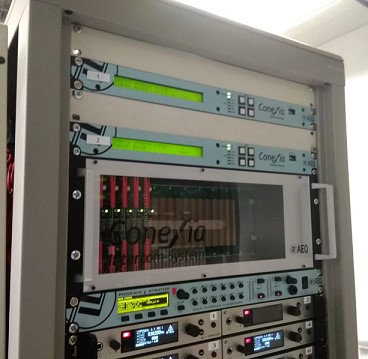 Connections are performed through an IP network offering capacity for 192 AoIP ports with broadcast audio quality. However, in order to be compatible with panels which are already installed in the former Kroma system installed in 2005, the system features two legacy 8-channel cards for Kroma digital panels with point-to-point wiring. It also has cards for 24 analogue audio channels and an additional one for the connection of virtual panels installed in PCs and iPod running the Xplorer software app.

The analogue cards allow for the integration of the cameras’ CCU, through which the producers, lighting technicians and other production operators and coordinators can communicate with the cameramen and director. Analogue audio inputs and outputs can also be used to connect the Intercom system to the sound mixing consoles, as the user panels feature auxiliary inputs and outputs and the system’s quality is 100% adequate for broadcasting. This way, any user panel can be used as an audio input interface to the mixing console. 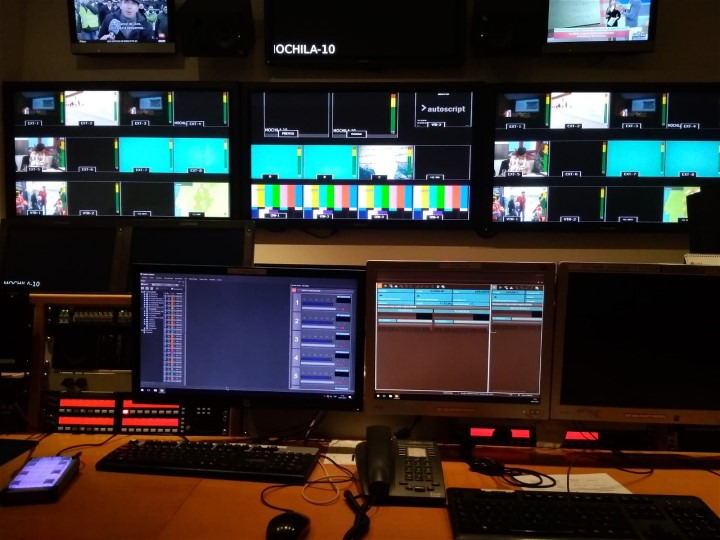 Intercom user panels have been delivered together with the matrix to be installed in new workplaces: 19 TP8116 16-key rack-mount user panels have been provided, as well as 7 expansion channels in order to offer more keys to the most versatile positions where many different destinations are usually called (specially in executive coordination locations).

Once the actions to be performed by these panels are adequately programmed, they -together with an expansion panel- will allow their users to talk to 32 destinations, different user groups or make crosspoints –each one on a dedicated physical key-. This number can grow to 128 destinations if required by simply using the page function of the panel.

There is also a TP8416 desktop panel installed on a desk work place.

On the other hand, 12 Xvirtual licenses have been provided in order to install virtual panels on PC or iPod devices, located inside or outside the building. This make very ease the inclusion into the system of users that need to be connected in a simple way from their own office PC or even from their iPhone or iPad.

Last but not least, an AEQ Phoenix Stratos dual audio codec has been installed to perform external communications over IP.

The installation was completed by the engineers at Canal Extremadura after they attended an AoIP training course given by AEQ Engineer Raúl Moreta.

The configuration and operating assessment has been developed by Canal Extremadura Operation Management with the support by AEQ Product Manager Roberto Tejero, in coordination by the Sales Area Manager, Eduardo Guerrero.