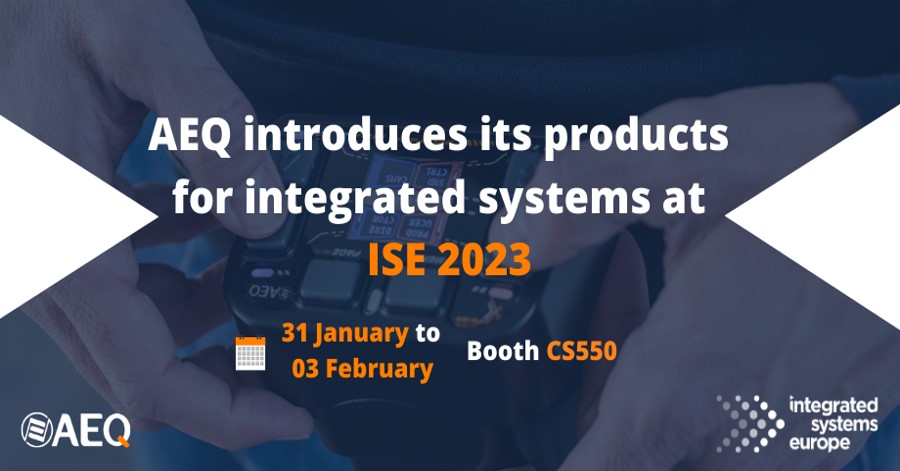 In 2022 AEQ presented the last intercom system framed in its communications systems. Due to its great simplicity of connection and its innovative capacity to work without a matrix, the new AEQ Xpeak system has become a very interesting solution for corporate, audiovisual and e-sports environments.

AEQ arrives at ISE2023 with the purpose of bringing the Xpeak system to the audiovisual industry, but in addition the Spanish manufacturer will also present the brand's new solution for 2023, the Venus 4 and Venus 4+ audiocodec with IP connectivity, among other audio and video solutions for radio and television.

XPEAK is an intercom system developed on completely new concepts. It supports up to 28 user terminals in different formats: desktop, rack, wired beltpack, wireless beltpack, and PC applications, which can be connected to each other with the highest operational flexibility and without the need for a matrix. 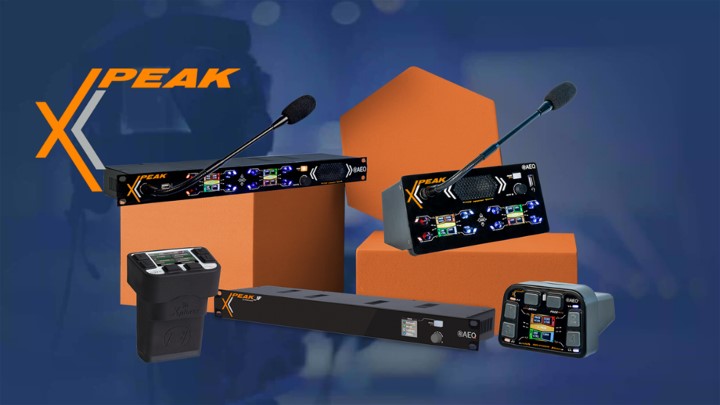 Connecting the terminals is easy, even in different locations, simply by giving them access to the internet they connect to each other.  This makes it easy to set up the coordination of remote productions. In addition, they also have Bluetooth and USB connections, supporting all types of headphones with these connectivities and facilitating the connection with smartphones and PCs. The Xpeak system is complemented by the XPEAK_IF interface, which provides analogue, USB digital and AES67/Dante AoIP inputs and outputs.

Perfect for remote productions of all kinds, such as sporting, social or political events; or coordination of different workplaces, such as emergency rooms or TV and radio production. In addition, it is especially recommended for all types of local coordination requiring up to about 30 users, such as: TV, film and theatre productions, concerts; leisure centres such as amusement parks or cruise ships; corporate or industrial centres such as airports, hospitals...

Xpeak completes AEQ's range of intercom systems, with modular matrixes such as Conexia, and compact matrixes such as CrossNET. We will be able to see the latter at ISE. CrossNET has multi-channel AoIP connectivity. Broadcast quality audio. Available in versions from 40 to 168 x 168 ports. 128 can be AoIP with DANTE™ technology compatible with the AES 67 standard, which can be conveniently connected via Ethernet network, using conventional hubs and switches. There are also 12 analogue, 8 digital and 20 low bit rate AoIP ports with Kroma standard, allowing wireless intercoms, ancillary equipment and AEQ/Kroma panels to be connected to the matrix.

During the days of the show, AEQ presents for the first time to the public, its new development for this year just started, the audiocodec Phoenix Venus 4. This new stationary audiocodec docble for point-to-point links stands out for having IP connectivity and two simultaneous bidirectional stereo transmissions with different formats and qualities. It also has SIP protocol and EBU N/ACIP standard, as well as OPUS algorithms (configuration support and remote control tools). 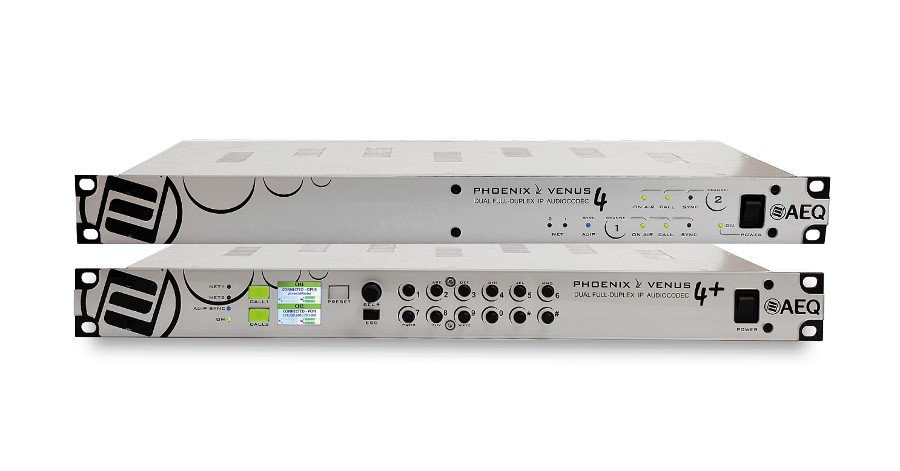 Finally, for those visiting AEQ's CS550 stand, the company's wide range of products will include: analogue, digital and IP audio matrixes, NETBOX 32 AD MX, with up to 5000 audio inputs and outputs, and the NETBOX 4 MH and NETBOX 32 AD audio interfaces.

The event broadcast commentary unit, Olympia3, the talk-show t remote coordination multi-conferencing system, Systel IP 16 and a wide range of audiocodecs from the Phoenix family, with IP connectivity and in various formats (for personal use, for simple and complex broadcasts and for point-to-point links).