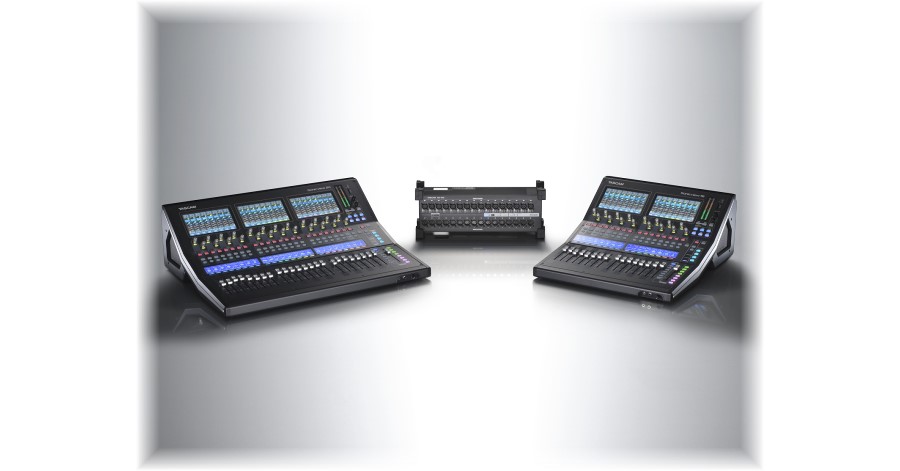 Sonicview consoles include a 64-channel Dante interface, a 32-bit/96-kHz multi-channel USB audio interface, and a wealth of inputs and outputs. A 54-bit FPGA mixing engine offers floating-point processing with continuous high-definition sampling at 96 kHz, and 32-bit analogue-to-digital converters. The FPGA also ensures ultra-low latency of 0.51 milliseconds, even in analogue-to-analogue connections. Equally notable: the hardware mixing surface and the mixing engine operating system are independent of each other – resulting in high stability and continuous audio flow. 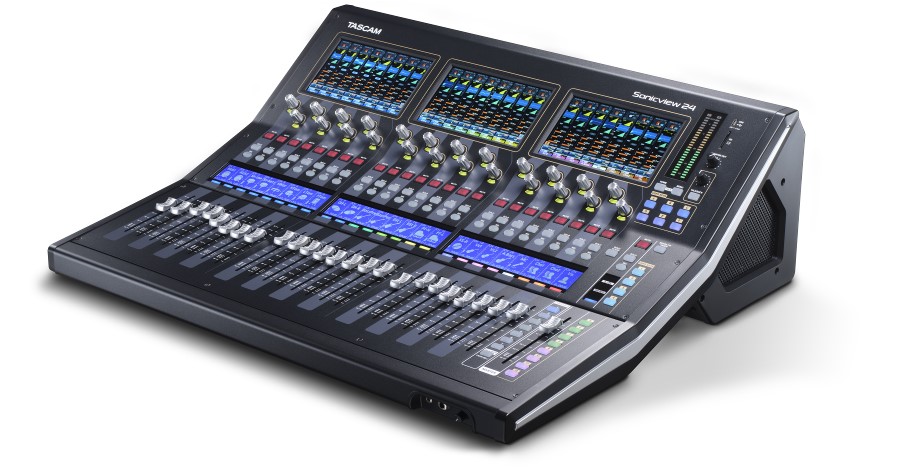 The two models differ in frame size and the number of physical inputs, mic preamps, motorised faders, and touchscreens. An optional expansion card allows 32-track recording directly to an SD card, while an additional expansion card can provide further audio ports such as analogue outputs, MADI, Dante or AES/EBU. For remote control, users can connect a Wi-Fi router to the Sonicview’s Ethernet port and use the free Tascam Sonicview Control software for macOS, Windows, and iPadOS to manage the mixer from virtually anywhere in the venue.

Tascam is also offering a new Dante-enabled stage box (SB-16D) with 16 inputs and outputs and high-quality preamps that allow microphone gain to be remotely controlled from the Sonicview. The stagebox can be used on the floor or rack-mounted and is an ideal addition to the new mixer line.

Tascam and Atomos Present Wireless Synchronisation for the Portacapture X8 High-Resolution Adaptive Multi-Recorder.
back to top