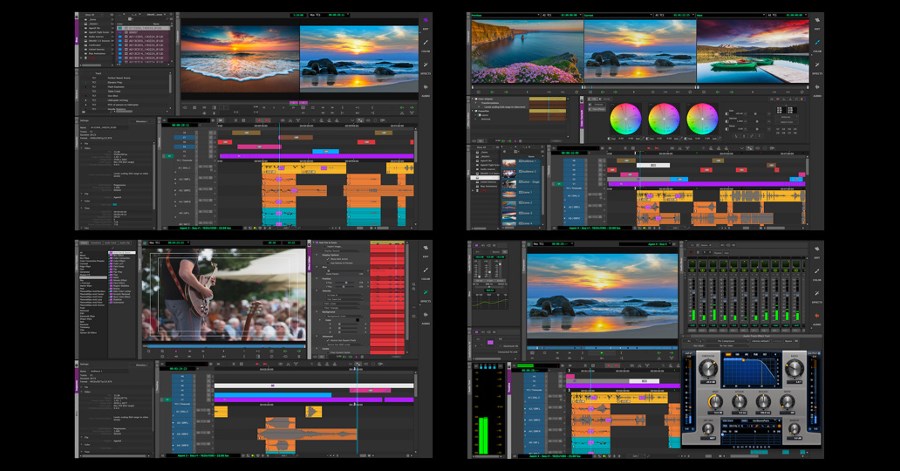 Inventor of the nonlinear video editing category, Avid reimagines its flagship Media Composer for a new generation of media makers and resets the bar for excellence.

AVID CONNECT, Las Vegas, April 6, 2019 – Avid® (Nasdaq: AVID) today announced Media Composer®, its flagship video editing system, has been redesigned and reimagined for today’s—and tomorrow’s—generation of media makers. Unveiled at Connect 2019, the industry’s most powerful gathering of media and entertainment users, the all-new Media Composer 2019 will be in the spotlight starting Monday, April 8 at the NAB Show in Avid’s booth (#SU801).

With Media Composer 2019, aspiring and professional editors, freelancers and journalists will be inspired to work more creatively by taking advantage of a new user experience, a next generation Avid media engine with distributed processing, finishing and delivering capabilities, a customizable role-based user interface for large teams, and so much more.

“After receiving input from hundreds of editors and teams across the media industry, and knowing where the industry is headed, we reimagined Media Composer, the product that created the nonlinear video editing category and remains the gold standard,” said Jeff Rosica, CEO and President at Avid. “Media Composer 2019 is both evolutionary and revolutionary. It maintains what longtime users know and love while giving them more of what they need today—and what they will need tomorrow.”

With Media Composer 2019, an editor can go from first cut to delivery without ever leaving the application. Whether they are a professional editor, freelancer or someone just starting out, Media Composer 2019 inspires creative storytelling.

• New User Experience – makers can work at the speed of creativity with a paneled interface that reduces clutter, reimagined bins to find media faster, and task-based workspaces showing only what the user wants and needs to see.
• Next Generation Avid Media Engine – puts more power at a user’s fingertips with features, such as native OP1A, support for more video and audio streams, Live Timeline and background rendering, and a distributed processing add-on option to shorten turnaround times and speed up post production.
• New Finishing and Delivery Workflows – Now, users can create and deliver higher-quality content with editing, effects, color, audio, and finishing tools without leaving Media Composer. Whether working in 8K, 16K, or HDR, Media Composer’s new built-in 32-bit full float color pipeline can handle it. Additionally, Avid has been working with OTT content providers to help establish future industry standards.
• Customizable Toolset – built for large production teams, the new Media Composer | Enterprise provides administrative control to customize the interface for any role in the organization, whether the user is a craft editor, assistant, logger or journalist. It also offers unparalleled security to lock down content, reducing the chances of unauthorized leaks of sensitive media.