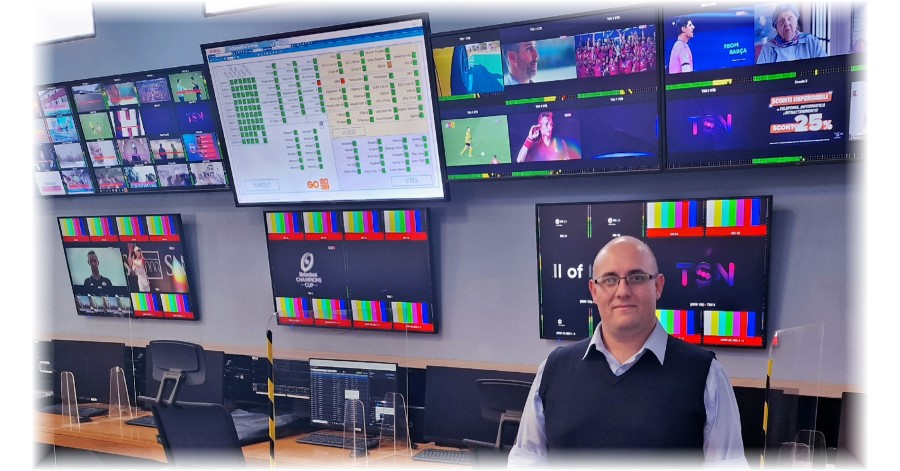 GO is the leading quad-play provider in Malta, offering mobile, fixed line, internet and IPTV/OTT television services to more than 500,000 customers. Since the acquisition of Multiplus in 2007, GO has rapidly grown its television properties and premium sports rights, which now include the English Premier League, UEFA Champions’ League, Serie A from Italy, Ligue 1 from France, Formula 1 and more. In 2018, GO and Melita, a telecommunications services company in Malta, pooled their sports rights and began operating the TSN (Total Sports Network), with channels made available to subscribers of either platform. By 2021, operating the increased channel count had become cumbersome and labor-intensive with GO’s existing system, and the decision was taken to commission an all-new playout architecture.

“The playout solution that Imagine proposed not only addressed the challenges we had defined, but delivered more benefits than we expected,” said Martin Abela, senior manager of video operations for GO. “Imagine’s playout architecture efficiently supports multiple channels, so we are able to operate our channels with fewer servers. Their client-server approach gives us far better control and easier playlist management, particularly during live events. We also benefit from enhanced graphics and animated pop-ups, automated archiving and retrieval, and much better redundancy management.

“While the new playout solution has significantly improved our operational efficiency, our ultimate goal is to deliver a better customer experience, and thanks to Imagine, we have achieved this,” Abela added.

GO thoroughly reviewed the market before choosing the well-proven architecture from Imagine Communications, built on the company’s widely deployed Versio™ integrated playout platform and ADC™ automation. Material is managed and workflow control is provided by Versio Content Portal, including the capture of live programming onto the Nexio® video server. Also included in the new system is SDI routing via an Imagine Platinum™ router.

To provide the optimum balance between capital cost and resilience, the new system at GO is designed with 10+4 channel redundancy, where four backup Versio channels protect the 10 main program outputs. The two most important commercial channels each have their own dedicated backup, with the remaining two redundant Versio engines capable of automatically taking over any of the other services should it become necessary. Intelligence in the playout automation synchronizes the playlist so the backup channel takes over within just a few seconds, seamlessly and with minimal disruption.

“What the GO project demonstrates is that even broadcasters serving a small community ― the population of Malta is little more than half a million ― expect to be able to deliver premium experiences for their audiences, with the most efficient of modern, automated workflows,” said Mathias Eckert, SVP & GM EMEA/APA at Imagine Communications. “With the Imagine philosophy of supporting our customers with their technology transitions at their own pace, we were able to supply GO with proven technology that meets their requirements today and provides a platform for future growth.”