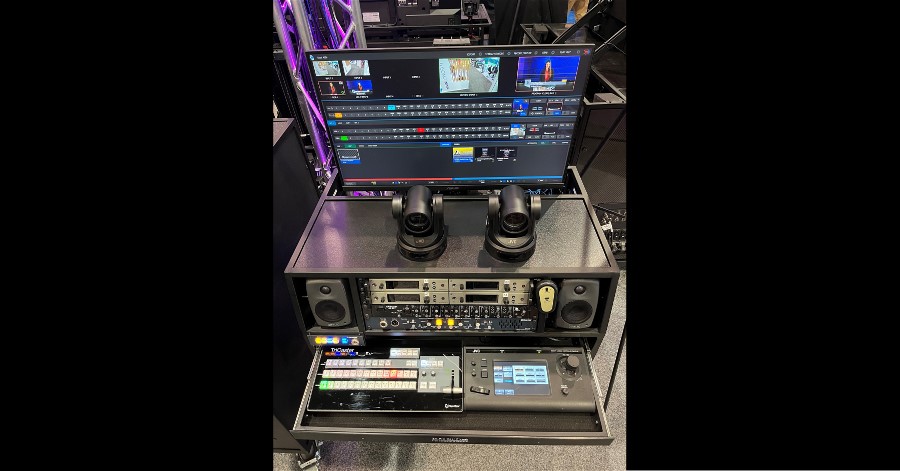 Glendale, CA, June 14, 2022 - As a video integration and production services company, TV Pro Gear is a leader in all things broadcast and event production. Under the direction of President and CEO Andrew Maisner, the team has spent the last 25 years designing, engineering and building TV stations, production studios, flypacks and video trucks for clients all over the world. In order to deliver cutting-edge broadcast productions for his clients, Maisner and his team often choose to spec a variety of gear from JVC Professional Video, a division of JVCKENWOOD USA Corporation.

Among the services and solutions that feature JVC equipment are TV Pro Gear’s Genesis I and Genesis II Flypacks, which include the KY-PZ100 or KY-PZ400 CONNECTED CAM™ PTZ cameras, respectively. “We conducted really detailed side-by-side testing with cameras from other manufacturers and JVC is clearly superior at its pricepoint,” says Maisner. “They work better in low light, are less noisy, have a wider gamma and have an amazing 30x zoom lens. The new KY-PZ400 4K camera just takes things to the next level, which is why we added it to the Genesis II package.”

With the option to integrate up to eight JVC PTZ cameras, TV Pro Gear’s Genesis Flypacks are engineered for shooting and streaming a variety of applications. This includes house of worship services, government and legislative hearings, concerts, sports, boardroom meetings, conferences and training videos.

“The JVC PTZ cams allowed us to create an incredible, cost-effective flypack production system that enables our clients to shoot world class productions,” adds Maisner. “The KY-PZ100 and KY-PZ400 are our go-to cameras on our Genesis Flypacks. They are so easy to use and seamlesly take the place of much more expensive studio cameras.”

“We have a contract with the City of Santa Ana to do a video shoot almost monthly,” continues Maisner. “We produce various content such as public service announcements and 5K races, where we rely on the JVC GY-HC500 CONNECTED CAM camcorder. My staff really likes using the camera. The image quality is great, it has a big sensor and it’s easy to use.”