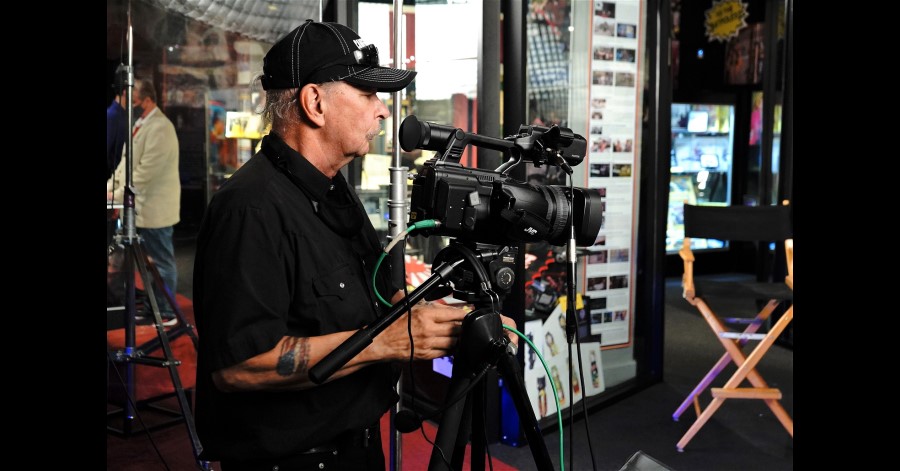 Hollywood, January 6, 2022 - Idol Chat, which recently premiered on Retro TV and The Family Channel, reunites some of America’s favorite film and television ensembles and variety show acts. Hosted by Susan Anton (Baywatch, The Love Boat), Idol Chat provides a nostalgic up close and personal visit with treasured stars as they share memorable moments and stories from their careers, reveal behind-the-scene secrets and bring viewers up-to-date on their life today.

As an award-winning video production veteran, Steve Wargo, owner of SWAT HD Productions and director of photography for the docuseries, takes pride in delivering top-notch video production services for all of his clients’ needs. When Wargo was asked to take a trip back in time for Idol Chat, he knew he would need to deliver high-quality video. As a result, he selected  GY-HC500 and GY-HC550 CONNECTED CAM™ handheld 4K camcorders from JVC Professional Video, a division of JVCKENWOOD USA Corporation.

Wargo set up two GY-HC500 camcorders for the guests and wide shots, and the GY-HC550 to film Anton. “We recorded 4K in the cameras onto an M.2 SSD drive in the onboard KA-MR100G Media Adapter and ran output cables to an Atmos Shogun 7 for external HD recordings,” says Wargo. “The nice thing about recording this way is that I was able to frame the shot to allow myself some room, and then I could go back into the 4K footage to get isolated, close-up shots. That was just a lifesaver, and it’s something that we have wanted to do for a long time. With the JVC 4K cameras, we can achieve this with ease and it looks great. The switches on the side are all amazingly easy to get to and in the menus, the important stuff is right on top.”

Since purchasing his JVC GY-HC500 and GY-HC550 camcorders, Wargo has been especially impressed with the camera’s color. “The producers had planned to do color correction after we were done filming, but we didn’t have to do any at all,” he adds. “It was broadcast-ready immediately without going through thousands of dollars in color correcting or color grading. There were a couple of spots where the lighting changed and I had to increase or decrease brightness and contrast a little bit, but we did nothing with the color. What you see on TV is what we shot and the producers are amazed by it. Some people can’t believe that’s possible, but with JVC cameras it is.”

Though the pandemic delayed his opportunity to use his new CONNECTED CAMs, Wargo has been happy to have them for his recent productions. “I could have purchased any cameras I wanted and I made the right choice with JVC,” he says. “JVC got it right with this camera; it just blows away others that I own. One of the things that impressed me the most about the cameras is the ability to go straight to the internet and stream. I’ve owned a lot of cameras over the years and JVC has never let me down. My JVC equipment has always been incredibly dependable.” Filmed at the iconic Hollywood Museum, Idol Chat kicked off with Leave it to Beaver stars Jerry Mathers (Beaver Cleaver) and Tony Dow (Wally Cleaver). Other interviews include The Pointer Sisters, as well as the cast members from Lost in Space, ET: The Extraterrestrial, The Love Boat, Happy Days, Knot’s Landing and The World of Sid & Marty Kroft.