Wind of renovation blows in Karamanos Studios, giving a strong momentum to Greece's Television and Film Industry and not only. Refurbished facilities and infrastructure renewal on multiple levels (from the equipment to hospitality services), polite-hospitable- well qualified people who listen and act quickly in line with customer requirements significantly change the quality of the production content -in accordance with international standards- that engages public attention.

Karamanos Studios founded in 1994 and is located in the suburb of Ilion (West Attica), about 10 kilometers from the center of Athens, and is one of the most historic sites of Greek TV, Film and Advertising Industry, with hundreds of successful TV series and games, motion pictures as well as commercials have been filmed there. They consist of two buildings (approximately 19,000 m2 in total). 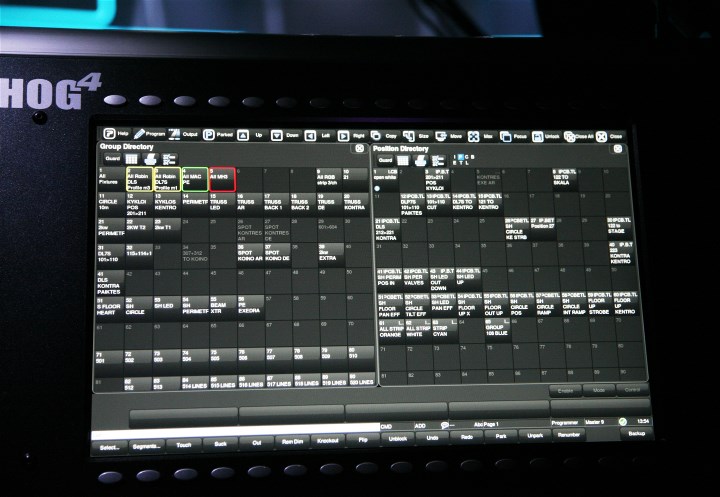 The new additions to the upgrade program of the technological infrastructure and its equipment adds more dynamic to the Television and Film Industry of Greece.
An important addition is the purchase and utilization of two Hog 4 consoles from High End Systems, supplied by AUDIO & VISION, its distributor in Greece and Cyprus.

Light Designer and Light Engineer Armodios Vovos, who collaborates with Karamanos Studios and many production (TV content) and events companies, said about this important addition: "Stability of operation, immediacy in programming in the original, but also in later stages and simplicity in handling were the important factors for the High End Systems Hog 4 lighting control console selection. The convenience that this console gives to the light designer and operator is great. All requirements can be fulfilled as if they were made by the same person. That's what I think is the basic design philosophy of HOG 4, regardless the model." 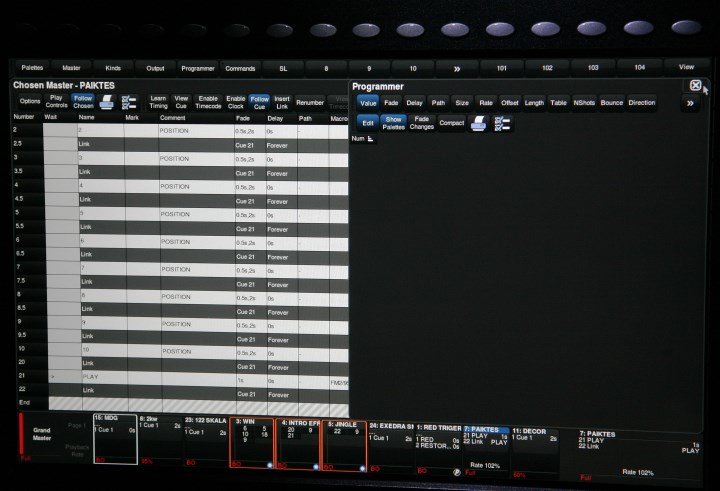 Armodios Vovos continues: "After a lot of effort and a lot of changes and upgrades, the software platform running on HOG 4 on all models is now stable. There will always be small problems, but the system is now stable and so it is achieved the main issue of production for zero stopping during shooting, at least by the Department of Lighting. For example, I mention that in the TV program "Still Standing" for the TV Channel ANT1 I use one from the two HOG 4 consoles and a DP8000. All the equipment were provided by Karamanos Studios.
The detail and precision in programming is a key issue in TV productions. Especially if the concept leads to the use of moving heads for lighting the talent, guests and other people, using a console of this level is the only way. I will give an example: For the "Still Standing" TV Game we are using 76 moving heads, 40 dimmer channels and several RGB controllers. By combining the HOG 4 with the DP8000 we had the result we needed. So far there have been no problems at all recording hours.
An important factor for this smooth operation is the cooperation with AUDIO & VISION company, for about 2 years. Speed, immediacy, communication and understanding of technical issues. The characterization of cooperation is easy and spontaneous: COOPERATION." 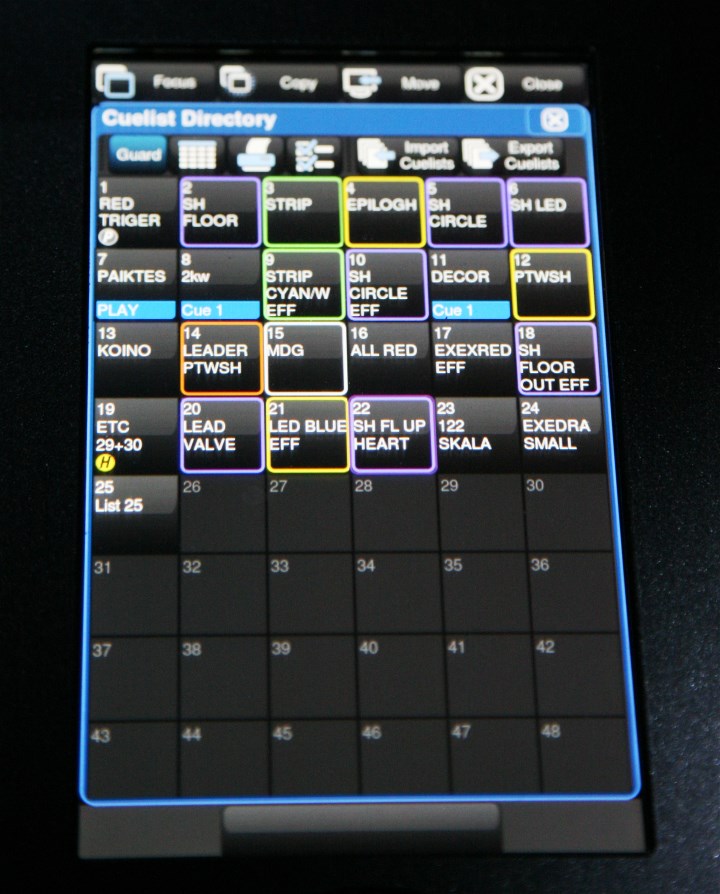 Hog 4 is a light control console featuring two 17 "and 7" multi-touch screens, 10 motorized faders, 8 onboard DMX universes, and an internal SSD.

AUDIO & VISION in cooperation with HIGH END SYSTEMS provides in Greece and Cyprus a comprehensive range of services ranging from the careful consideration of needs and the design of appropriate equipment solutions according to the most stringent modern specifications that each TV Station and TV or Film Studio, as well as any rental company has to acquire, to the support, maintenance and future upgrading-expansion.

Mobeon equips next-gen studio with fos/4.
back to top