AmyDV: The Next Generation of Wirecast Gear from Telestream is here and compulsives the professionals. 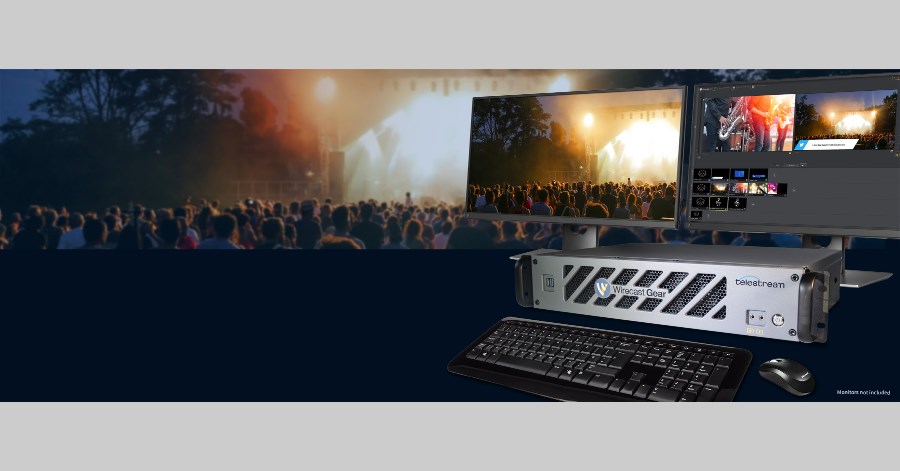 Telestream®, a global leader in file-based media workflow orchestration, media streaming and delivery technologies, announced at IBC 2019 the latest version of Wirecast Gear, a new generation of the company’s award-winning live video streaming production hardware. Powerful, purpose-built, and easy to use, the fully-configured workstation allows anyone to broadcast professional live productions in a matter of minutes.

With Wirecast Gear, live event producers can focus on production and streaming instead of worrying about hardware system compatibility, configuration and integration. It is ideally suited for marketers, educators, corporate and online trainers, event producers, sports broadcasters, worship service staff, news gatherers and anyone who wants to deliver professional live streamed productions out of the box.

“The new Wirecast Gear is our fastest, most capable, live streaming production system to date,” commented Lynn Elliot, Senior Product Manager at Telestream. “Users can simply do more of everything without worrying about running out of gas. That means more simultaneous encodes, more titles and graphics, and more sources than ever before. It’s a live streaming powerhouse that takes production quality to a new level at an incredible competitive price.”

Wirecast Gear supports up to five simultaneous cameras via baseband SDI or 4 cameras via HDMI depending on model. With six channels of audio, and professional XLR/TRS balanced audio inputs, audio signals are always pristine even with longer cables. For enhanced portability and durability, the system has no moving parts except for the fan.

Wirecast Gear offers a choice of unlimited destinations (Facebook, YouTube, Twitter, Periscope, and any RTMP stream destination). Wirecast users can take advantage of the new stock media library to easily find additional b-roll video, audio, and graphics. With the Wirecast Rendezvous feature, up to seven remote guests can be invited into the streaming program from anywhere a good internet connection exists.

NBC Olympics selects its Live Capture and HDR Processing Provider for its Production of Olympic Games in Tokyo.

Fun Roads Media Keeps an Eye on the Road with Wirecast.
back to top