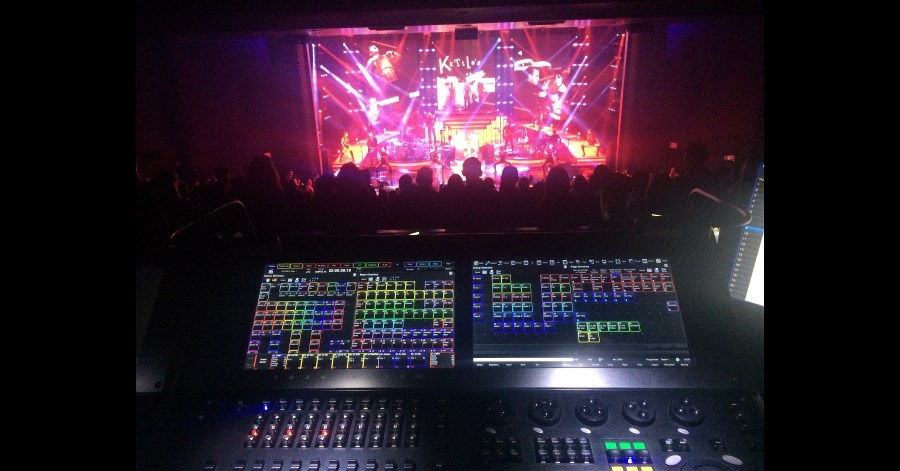 Following the success of Robbie Williams’ first U.S. residency in March, the British pop phenom returned to Las Vegas for another sold-out run this summer. In all performances High End Systems Hog lighting consoles were networked for the lighting, lasers and media servers’ video content.

To make a splash in the American market, Williams put together his “Live in Las Vegas” set list at the Wynn’s Encore Theatre to include more well-known Rat Pack standards, with fewer of his own #1 U.K. hits.

LD Sean Burke not only designed the production and the lighting, but also programmed and served as lighting director. Barry Lather worked with him as the show director and set co-designer.

“The design came from Barry,” Burke notes. “He had this vision of a ‘swing’ show with dancers, props and so on. The band is pretty big for this small stage, so trying to fit it all in was a challenge. Different levels were needed to give visual perspective in this small space.” 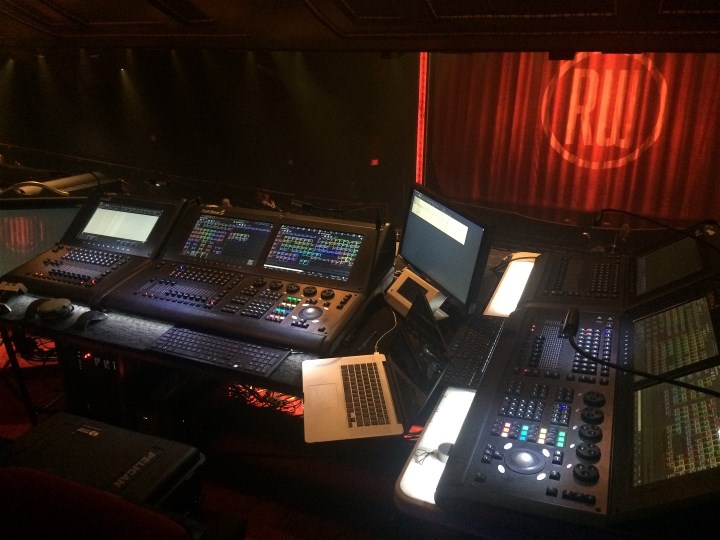 To deal with the narrow width and low proscenium, Burke added six vertical ladders which flank the video screens and the downstage areas. “This gives a lot of really good looks toward the audience; it’s right there in front of them and being low produces a big impact visually,” he explains.

Having been a Hog console user for many years, Burke dedicated specific desks for different segments of the production.

“We used a Full Boar 4 and a Playback Wing 4 for the lighting and video content control. The video content on a media server is triggered via ArtNet. We also had a second set as full back-up on the network.”

The LD continues, “We had four DP 8000 units on the show: two active and two spares, for a full redundancy on the system. Two units ran as a Hognet network, which went to the rental lighting gear. We ran the HogNet DPs to aSCN devices giving us DMX. The other two DP 8000 units were outputting ArtNet, which took over the house system. We also had a Road Hog to run the laser system.”
Burke’s company, Holes in the Dark, provided the Full Boars and the Playback Wings. Christie Lites supplied the DP 8000 processors for the consoles along with other rental gear, and ER Productions brought in their Road Hog as part of the laser control package. 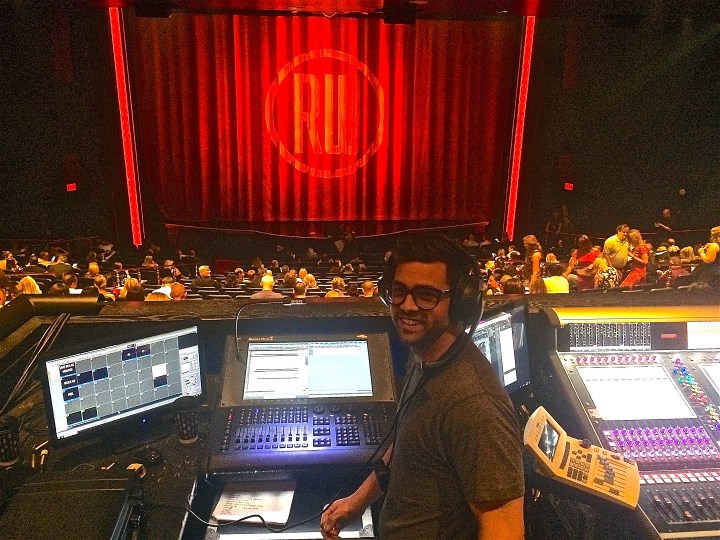 ER Productions frequently uses Hog consoles. For this stint, Lawrence Wright programmed and Shane Davis operated the lasers.
“We were excited to support Robbie Williams with a large, visually impactful rig,” Wright says, adding that the Road Hog “triggered a vast array of laser effects and cues perfectly on time via timecode each night.”

Others on the crew were Crew Chief Matt Bakken, Technician Kyle Rees – both from Christie Lites with Mark ‘Marko’ Stewart as account manager. From the Wynn staff were Master Electrician Ben Clark and Technician Scott Hynge.